Wisconsin’s coal-reliant utilities remain cool to wind and solar despite mounting enthusiasm for renewables. This intransigence places them squarely in the crosshairs of one grassroots group leveraging support from customers and policymakers in order to realign the state’s energy economy with the public good. 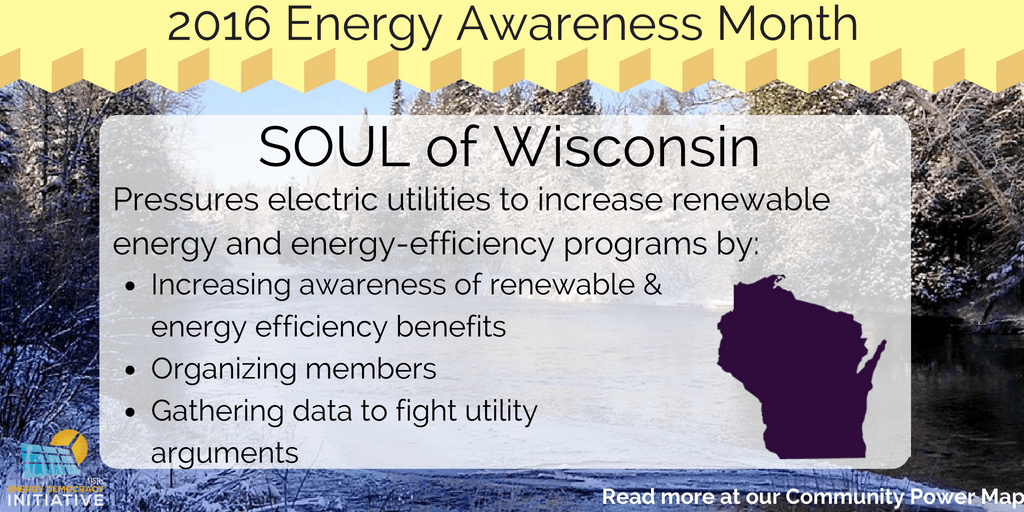 Based in the southwestern town of La Farge, SOUL of Wisconsin — an acronym for Save Our Unique Lands — promotes efficient, responsible power management that benefits electricity customers and the local economy while protecting the environment. The group’s main strategy hinges on educating ratepayers, then mobilizing them.

“Acting on principle of efficiency and conservation does not require grand policy changes,” the membership-based organization wrote in a memo. “It requires improving awareness, getting some positive results and patiently sharing the techniques with others.”

Because Wisconsin’s investor-owned utilities like We Energies and Madison Gas & Electric still drive profits by selling more electricity and building new capacity, their policies often squeeze out customers whose habits increasingly diverge from that model. When customers favor energy efficiency and explore renewables, like rooftop solar, recalcitrant utilities dig in their heels and change the rules to make these choices more expensive.

Wisconsin utilities have pitched a series of proposals that impose heftier fixed charges, a common anti-solar policy criticized by clean energy advocates nationwide. The state is an unfortunate leader in the national trend, pushing across-the-board hikes that inflate bills even for customers who reduce their energy use with efficient appliances or who generate their own electricity with rooftop solar panels.

Utilities generally say they need to boost such charges to cover the costs of generating and transmitting power, including new infrastructure. Since 2012 in Wisconsin, regulators approved plans for a series of expensive new transmission lines that, by SOUL’s calculations, will cost ratepayers more than $6 billion — or about $4 per month, per household, for the next four decades.

But Wisconsin’s Public Service Commission has earned a reputation for siding with the utilities it regulates. The three-member panel recently signed off on Xcel Energy’s plans for a new 180-mile transmission line priced at $580 million despite more than 1,700 customer comments criticizing the project, galvanized in part by SOUL.

The Town of Holland, WI, a longtime opponent of the project, appealed the decision, now under review by a LaCrosse County judge. The high-voltage power lines included in the project will cut through Holland, a move it says impinges on property owners’ rights and invites financial risk.

Changing dynamics in the U.S. energy marketplace, underpinned by a deeper emphasis on renewables, obscures the long-range benefits of such projects. Even so, utilities’ reluctance to mix renewables into their portfolios adds to the drag on the clean energy economy promoted by SOUL and its members.

Wisconsinites’ energy bills have increased 65% over the past decade, according to SOUL figures, funneling $18 billion out of the local economy each year — money utility customers could instead invest in energy-saving programs.

But Wisconsin utilities have resisted the transition to cost-effective renewable energy. Last year, the state’s utilities relied on coal for 55.9% of net power generation, according to the latest federal data. Meanwhile, just 8.4% of its net generation came from renewable resources, including biomass and wind. That clocks in well below other states in the region, spotlighting Wisconsin’s policy problem — not a lack of potential.

To encourage policymakers to bridge Wisconsin’s gap, SOUL has harnessed rising customer interest in utility reforms to create a crowd-sourced data bank of energy use and costs to illustrate the appetite for greater efficiency programming.

With companion tools that explain efficiency opportunities and calculate potential savings, the organization tracks individual inputs and results, putting hard numbers behind its calls for a new energy mindset in Wisconsin.

Wisconsin has become a laggard in good energy policy over the past decade, but not for lack of local action. Enterprising Wisconsin residents and businesses added 5 MW of solar capacity on their own last year, a modest increase in general but a 94% jump from the previous year’s figures.

SOUL is a bright spot for the state’s energy customers and a vision for a more affordable and renewable future. 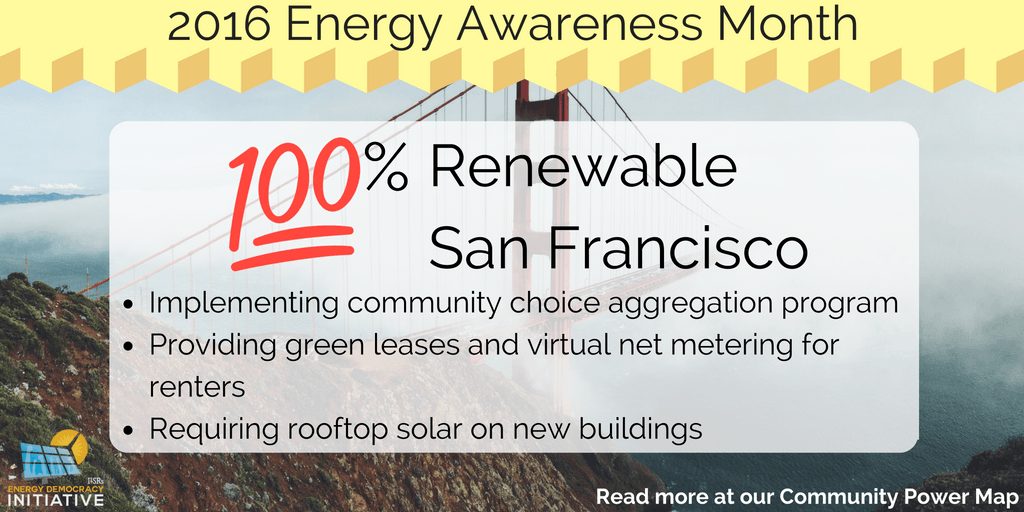 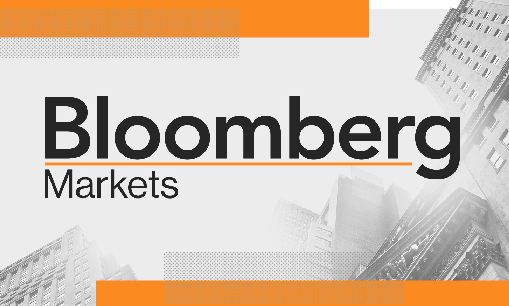