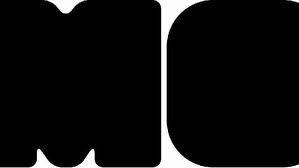 Google just announced that it plans on expanding its high-speed fiber-optic service beyond Kansas City, and into another fast-growing nearby city, Olathe, Kansas, home to some 120,000 people.

“The Olathe City Council approved an agreement to bring Google Fiber to their city,” Google Fiber Community Manager Rachel Hack wrote in a blog post confirming the announcement. “Olathe has become one of the fastest-growing cities in Kansas and has attracted an influx of new businesses and residents.”

Olathe is also just about 20 miles away from Kansas City, making it a logical destination for the next evolution of Fiber. Tech pundits are enthused. The Verge’s Jeff Blangdon says, “while it will only be the third city to get the Google Fiber treatment (the first not named Kansas City), it sets an important precedent: Google is serious about expanding its service.” That service will cost $120 when packaged with TV, and $70 a month for internet alone. There’s also a slower service Google is temporarily offering for $25 a year.

The most intriguing news was buried at the bottom of the announcement: Hack wrote that “hopefully, this is the first of several announcements that we’ll be able to make about bringing Google Fiber to additional cities in the KC metro area; so stay tuned.”

“In the short term, I think it’s good news for the people of Olathe that will have radically improved access to the Internet,” Christopher Mitchell, the Director of the Telecommunications as Commons Initiative, wrote in an email. He expects similar announcements for cities and suburbs like it. Nonetheless, problems remain in how that service will be delivered in the long-term.

“Most Americans have to choose between slow DSL and overpriced but faster cable. We need to do better and Google is a step in that direction,” Mitchell says, “but Google doesn’t have to answer to the community any more than Time Warner Cable does. This is a problem in the long term.” Mitchell advocates for fiber optic networks that are community-owned and managed—like England’s B4RN and the Central Illinois Regional Broadband Network. Typically, those networks are built in rural areas or regions where quality internet service is otherwise lacking—but community-based internet supporters like Mitchell think similar models are worth adopting everywhere.

Nonetheless, Google Fiber is officially a legitimate business venture, not just another ambitious Google experiment glossed in techno-buzz. Widely available, truly high-speed internet finally seems just around the corner. The question is how we’ll ultimately get access to it.

Google’s Super Fast Broadband Service Is Growing, But Not Everyone is Happy