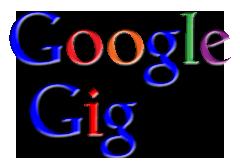 I just left the Broadband Communities Summit in Dallas, where I ran into many people doing great work to ensure everyone has access to affordable, reliable, and fast Internet networks.

Also while there, Google announced it had reached an agreement to offer Google Fiber in Provo by purchasing the municipal FTTH network. Provo has long been cited as a failure by critics of community-owned networks (even as it continued to attract jobs to the region).

Though Provo originally wanted to offer television, telephone, and Internet services directly using its trusted reputation in the community, the state legislature bowed to pressure from Comcast and CenturyLink (then Qwest) to limit local authority and tilt the playing field in favor of two distant corporations (that have still largely failed to invest in the networks needed by Utah communities). Provo was forced to use a wholesale-only business model.

That approach is rarely used today by communities that seek to build out the entire community at once because it is very difficult to generate enough revenue to pay the full costs of the network.

Despite Provo's struggles, Google recognized a community it wanted to work with. From Google's blog post:

Provo started building their own municipal network in 2004 because they decided that providing access to high speed connectivity was important to their community’s future. In 2011, they started looking for a partner that could acquire their network and deliver an affordable service for Provoans. We’re committed to keeping their vision alive, and, if the deal is approved and the acquisition closes, we’d offer our Free Internet service (5 Mbps speeds) to every home along the existing Provo network, for a $30 activation fee and no monthly charge for at least seven years. We would also offer Google Fiber Gigabit Internet—up to 100x faster Internet than today’s average broadband speeds—and the option for Google Fiber TV service with hundreds of your favorite channels. We’d also provide free Gigabit Internet service to 25 local public institutions like schools, hospitals and libraries.

At the Institute for Local Self-Reliance, we strongly encourage communities to own the essential infrastructure upon which they depend and we are dismayed to see such investments fail to meet their own goals or be privatized as has now happened in Provo.

But we also recognize the authority of communities to decide for themselves what the best path is and we believe that in these two isolated cases, Google Fiber will be a boon to the communities over the short term and resolve ongoing problems.

We have concerns over the longer term, but understand how difficult this business can be, particularly when state laws undermine the capacity of local governments to use the business models that give them the greatest opportunity to succeed.

As long as the Utah Legislature continues to kowtow to Comcast and CenturyLink demands, there would not have been an opportunity of Provo to fix the problems iProvo developed as a direct result of the initial crippling legislation.

I had an opportunity to speak with Milo Medin, head of Google Fiber, after his lunch keynote (which I hope to comment further on shortly) and he once again reiterated his (and Google's) opposition to states that restrict local authority to build these essential networks. He and we are on the same page - communities should be free to choose between building their own networks or partnering with others... or even doing nothing, though both Google and ILSR counsel strongly against that option.

One of the reasons Google chose Austin was because it was ready to work with them. In fact, we have long believed that if AT&T hadn't convinced the Texas Legislature to revoke local authority from communities, Austin Utilities probably would have already made network investments to benefit the community. As Google continues to look for partners, it will ignore entreaties from local governments that have had their heads in the sand, hoping they could avoid taking responsibility for ensuring great Internet networks. We continue to be excited that Google's investments in fiber access networks have changed the paradigm regarding access to the Internet. Those efforts have awakened the media to the pioneering work already being done in communities like Chattanooga, Lafayette, Bristol, Morristown, and many others (including Clarksville now). And we will continue to advocate for communities safeguarding their self-determination by having a measure of ownership over the networks on which they depend.

There is no doubt that communities are foolish to depend on distant national cable and DSL companies to build the next generation of Internet networks.

And don't be fooled by these two quick annoucements -- Google takes many months to negotiate agreements with local governments like Austin, Kansas City, and Provo. I would not be surprised to see another announcement or two in 2013, but would be surprised to see more than a handful more. Communities need to make their own plans, not hope for an outside entity to rescue them.

For cities that don't want to get into offering services, we have been identifying communities that have made smart investments in partnerships with other providers or on an open access basis -- see Danville, Palm Coast, Mount Vernon, Indianola, Princeton (IL), Cortez, and many others on our map of community-owned networks.

MuniNetworks In Colorado, City of Durango Does Dark Fiber