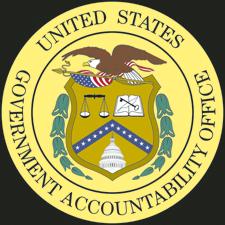 According to the press release:

“GAO’s investigation confirms the success of the Recovery Act’s broadband programs," said Rep. Waxman.  “In rural and urban areas across the country, small businesses are benefitting from higher speeds and lower prices thanks to federal investment in this essential infrastructure.  Expanding broadband access and quality is critical for American competiveness in the 21st century global economy. These were public dollars well spent.”

The report reviews communities around the country where either federal dollars have been invested in networks or local governments have made such investments. The results were consistent with our findings over the years - municipal networks create a business-friendly environment and contribute to economic development.

According to the report summary:

According to small businesses GAO met with, the speed and reliability of their broadband service improved after they began using federally funded or municipal networks.

For example, following the construction of a fiber-to-the-home municipal network in Monticello, Minnesota, the two other broadband providers in the area made investments in their infrastructure to improve their broadband speeds. One of these providers stated that all of its networks undergo periodic upgrades to improve service, but upgrade schedules can change in order to stay competitive when there is a new service provider in a particular market.