Monopoly energy utilities have accrued vast service territories and extraordinary financial power — which they have used to purchase political power. At this point, state regulatory and legislative bodies can only do so much to rein them in.

For this episode of the Local Energy Rules Podcast, host John Farrell speaks with Howard Crystal and Liz Veazey. Crystal, Legal Director of the Energy Justice Program at the Center for Biological Diversity, and Veazey, Policy and Rural Energy Director at Solar United Neighbors, were two cosigners on a recent petition to the Federal Trade Commission. The Institute for Local Self-Reliance also signed the petition. Crystal and Veazey explain the petition and why electric utility practices require federal investigation.

The Purpose of Monopoly Electric Utilities

Electric utilities were granted monopolies out of convenience; they could build one large power plant, one set of transmission lines, and serve all of the customers in the area — all while taking advantage of economies of scale. However, circumstances have changed. Solar technology is cost-effective at a small scale and empowers individuals to generate their own electricity.

Thanks to the Public Utility Regulatory Policies Act of 1978 (PURPA), homeowners have the right to generate their own electricity from rooftop solar installations. Beyond solar, home and business owners are reducing their energy dependence by making buildings more efficient, timing their energy use, or aggregating demand response.

Monopoly utilities see all of these innovations as competition. Acting on behalf of their shareholders, rather than their customers, they are using their monopoly power to suppress these threats to their profit margin.

They are driven by their bottom lines, which lead them to make decisions that prefer both centralized power and fossil fuels, which is most of the power they provide

Veazey highlights stories from Florida as examples of shady utility behavior. Florida Power and Light has been fighting against customer rights for years, says Veazey. The utility spent millions in 2016 on a campaign that would make it harder for people to go solar. More recently, the utility drafted its own bill to eliminate net energy metering. The bill passed the Florida House and Senate, but was vetoed by the Governor.

They spent millions and millions of dollars to sort of, they were trying to dupe Floridians basically into voting for this thing that they thought would support solar when it actually would just further entrench FPLs power and make it harder for people to go solar in Florida.

Because utilities have grown in size and power, says Crystal, state legislatures and regulatory bodies are struggling to rein them in. The repeal of the Public Utility Holding Company Act in 2005 further diminished state control.

Now what we’re seeing around the country… is utility companies abusing their monopoly power to continue to control the power system. And one of the forms that that takes of course is efforts to disincentivize and dissuade customers through all sorts of means – both kind of legal, although problematic, and not so legal.

A Petition to the Federal Trade Commission

235 organizations have petitioned the Federal Trade Commission to investigate energy utilities, including Solar United Neighbors, the Center for Biological Diversity, the Energy and Policy Institute, and the Institute for Local Self-Reliance. The Federal Trade Commission (FTC) can investigate across state lines, identify anti-competitive and anti-consumer practices, and then take appropriate action.

If the FTC takes up the investigation and finds evidence of utility abuses, enforcement may come through the Department of Justice, the Department of Energy, or legislative improvements like the Public Utility Holding Company Act.

This is the 158th episode of Local Energy Rules, an ILSR podcast with Energy Democracy Director John Farrell, which shares powerful stories of successful local renewable energy and exposes the policy and practical barriers to its expansion. 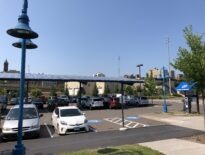 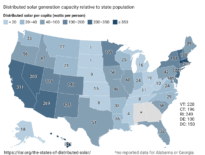