This fall, the Federal Trade Commission (FTC) is holding a series of public hearings on the state of antitrust enforcement. It’s been more than 20 years since the agency last undertook a self-examination like this. With corporate concentration at an all-time high and technology platforms like Amazon now dominating much of the economy, the questions at issue in these hearings could not be more important and urgent.

That the FTC felt compelled to open this discussion is an encouraging sign. There’s mounting evidence that corporate concentration is causing many ills, from rising inequality, to declining new businesses, to a weakening of democracy. This evidence of corporate control over our daily lives is becoming hard to deny, and it’s beginning to put the FTC and other supporters of the status quo on the defensive.

And yet, with a few important exceptions, the hearings themselves have been disappointing. The panelists have been drawn largely from the ranks of an elite group of antitrust attorneys, scholars, and economists, many of whom are deeply entrenched in the current approach of limited enforcement of our antimonopoly laws.

Worse, many of the economists who’ve testified have financial ties to large corporations. Take Steve Tadelis. He spoke on two panels in which he insisted that “online retail marketplaces” face plenty of competition and can be easily challenged by new startups. Tadelis was introduced only as an economist from UC-Berkeley. That he also moonlights as a vice president at Amazon was not mentioned.

“If we want to know why corporate monopolies are dominant, just look at who the FTC is listening to,” noted Austin Frerick and Matt Stoller of Open Markets Institute.

One might also consider who the FTC is not listening to. The hearings have been held in Washington with little apparent attempt to engage the public or include the voices of those most affected by concentrated power. The discussions have received scant coverage in the media.

Still, there have been bright spots.

One was a lively discussion about whether antitrust enforcement should continue to be guided by the consumer welfare standard. Adopted in the 1980s, this framework orients all of antitrust enforcement, including merger reviews, to be solely focused on lowering consumer prices.  If a company with monopoly power is offering low prices, it’s allowed to kill off competitors, encouraged to squeeze workers, and licensed to dominate markets.

Yesterday, a series of speakers made a compelling case against the consumer welfare standard (video of the panel will be posted here). “Forty years into the experiment, we have to admit that it has not succeeded,” Tim Wu, a law professor at Columbia, said. “It has, in fact, failed.” Also on the panel was Barry Lynn, director of the Open Markets Institute, who gave a rousing speech on the history of antimonopoly policy and argued that the consumer welfare standard “inverts the original purpose” of these laws. Maurice Stucke, a law professor at the University of Tennessee, outlined an alternative framework that he called the “effective competition standard.”  The panel was followed by two sessions of debate with defenders of the status quo.

Another bright spot came in a series of sessions two weeks ago on the power of tech platforms. In opening remarks, FTC Commissioner Rohit Chopra urged the FTC to get a better handle on digital platforms and the distinct threats they pose. “These marketplaces do not operate like those we read about in history or in our economics textbooks. If we do not understand them, we are in big trouble,” he said. Digital markets differ from traditional markets because of the role and implications of mass data surveillance, he explained. Online marketplaces are also governed by “privately established rules and regulations” — the terms set by platform operators like Amazon and Facebook — a dynamic that raises fundamental questions of  fairness and the public interest.

In the sessions that followed his remarks, several panelists highlighted the problems created by monopolies like Facebook and Amazon, and offered concrete steps the FTC could take to restore competition. “When enforcers look at tech platform acquisitions, they shouldn’t get distracted by promises of short-term consumer welfare enhancements, because what benefits consumers is competition,” noted Sally Hubbard, an attorney and senior editor at The Capitol Forum. (Her remarks can be found at 0:21 here.) She argued that the FTC should automatically require a higher level of scrutiny and additional information when a dominant tech firm wants to buy another company, even a small one.  This process is known as a “second request.” Notably, the FTC did not initiate a second request in the Amazon-Whole Foods merger.

That idea was echoed by Lina Khan, a fellow at Columbia Law School, who made the case that tech platforms have created barriers to entry for new startups, sometimes using data from acquisitions to monitor market conditions and crush or gobble up small companies before they become a competitive threat. She cited Facebook’s purchase of Onavo, which gave the social media giant a kind of an early detection system for spotting popular new phone apps. She also pointed to recent research showing a sharp drop in venture capital funding for startups that compete in any way with Amazon, Facebook, or Google. (Her remarks can be found at 0:50 here.)

Twelve state attorneys general also weighed in on the power of the tech platforms in a comment letter, signaling that they’ve begun to scrutinize these companies on antitrust grounds. In the letter, they note that the platforms’ control of massive amounts of data can shield them from competitive challenges, and can be used to expand into new lines of business with a built-in advantage.

ILSR’s public comments to the FTC on Amazon’s monopoly power were quoted twice by moderators of two separate panels. Barbara Blank, a deputy assistant director at the FTC, asked panelists to respond to our contention that Amazon “uses its dominant gatekeeper position to undermine competition from rival retailers and manufacturers that depend on its platform to reach the online market.” (At 0:59:48 here.)  In another panel, panelists were asked to respond to our analysis of how Amazon uses its Prime program to lock-in consumers and minimize competition. (At 1:01:29 here.)

In both cases, panelists didn’t engage much with the question. Judith Chevalier of the Yale School of Management responded by noting, “As long as there is a consumer welfare standard, it is hard to see how Prime would warrant extra antitrust scrutiny.”

Fortunately, the future of the consumer welfare standard is no longer assured. Although there are strong vested interests in maintaining the status quo, and those voices have dominated the FTC’s hearings, yesterday’s debate made clear that a significant fault line has begun to emerge.

In FTC Hearings, a Few Bright Spots Amid a Pro-Monopoly Status Quo 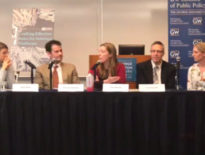 Retail Watch: Panel Discussion on What to Do About Amazon… 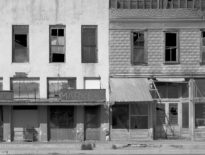