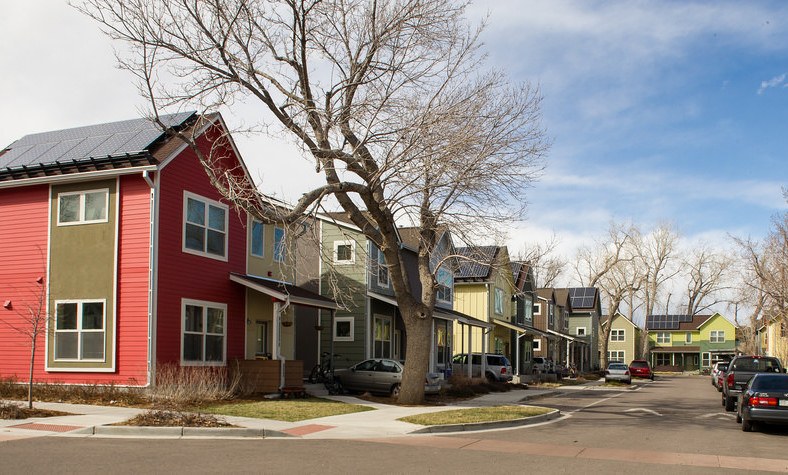 With over fifty episodes and five years of ILSR’s Local Energy Rules podcast, we’ve found plenty of great conversation gems in our archive. We’ll be daylighting some of these past episodes with a “From the Archive” label and providing our listeners with where-are-they-now updates, useful to new and dedicated subscribers alike.

In 2013, we hosted an inaugural conversation with Anya Schoolman about her neighborhood solar project then called the Mount Pleasant Solar Cooperative, and the early stages of her journey fighting for local climate solutions and distributed solar.

Back then, the cooperative Schoolman helped organize was already known nationwide for helping dozens of homeowners work together to go solar in their Washington, D.C., neighborhood by establishing group or bulk purchasing programs, for example, while simultaneously organizing these residents to fight for better solar policies.

In the five years since, Schoolman and her neighbors’ efforts have blossomed into a national organization—Solar United Neighbors—which has helped 80 solar buying cooperatives negotiate solar discounts in six states and installed over 10 megawatts of rooftop solar in close to 3,000 homes. They also organize members to fight for solar rights by defending net metering and other policies that enable distributed solar power.

The work of Solar United Neighbors is consistently elevated in conversations about both the benefits of grassroots, cooperative solar and best practices for enabling local clean energy development. Schoolman, now Executive Director of the organization, has also received accolades for being a leading change maker in her work.

In this episode, Schoolman tells how her neighborhood solar cooperative first got its start and gives a preview of what has ultimately grown into a larger, national movement. In sharing this evolution, she explains what she finds to be the most effective strategy for bringing people together, going solar, and fighting for solar rights.

Much of Schoolman’s strategy and the key to its success has been in linking pilot projects with organizing, policy, and replication through larger programs in an cyclical way. She credits a “special sauce,” whose value is clearly demonstrated by the success and impact of the Solar United Neighbors model today:

“One of the big lessons for me and what guides my whole approach is… anyone who thinks they can just stay in the project and never get into the policy, they’re really naive, while it’s equally unhealthy to do policy without the project—because then what you find is that people are passing these big targets, like renewable portfolio standards, without any understanding about how it affects the market or is being operationalized.” — Anya Schoolman, Solar United Neighbors.

Schoolman argues that thinking systematically and iteratively across projects, organizing, and policy is the most effective way to expand access, increase affordability, and broaden the base of support for distributed solar. That said, she is also quick to caution that there is no “silver bullet for distributed solar,” given the inherent complexity of electricity markets and policy across contexts.

Yet, Schoolman remains optimistic about the ways in which collective action among neighbors can affect change and help build a successful, adaptable model of distributed solar that builds power locally.

Fast-forward to today’s Solar United Neighbors model, and the strategy Schoolman describes remains grounded in the important vision of creating an energy system that “directs control and benefits back to local communities, with solar on every roof and money in every pocket.”

By incorporating movement building, programs, and policy change that support rooftop solar, Schoolman and Solar United Neighbors continue to inspire change in local energy systems across the country from the ground up.

Find our original post of this podcast with Anya Schoolman, another conversation with Schoolman about shady merger dealings of D.C.’s monopoly utility, and all Local Energy Rules podcast episodes here. 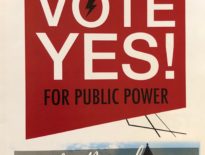