Quietly, Dollar General has become the biggest U.S. retailer by number of outlets, and the company continues to spread like hot gossip across tiny-town America, opening roughly three new stores a day, many of them in places that real estate experts say couldn’t support any other kind of retailer. Its 18,000-plus locations are more than McDonald’s, Starbucks or CVS, putting it within five miles of 75% of the population. This year, it will open another 1,100 stores and plans to nearly double its store count.

Plenty of other towns are caught off guard and only later wish they’d blocked the company’s expansion, said Kennedy Smith, a senior researcher at the Institute for Local Self-Reliance, which advocates for small businesses. “Communities just aren’t prepared for this,” Smith said. “The smaller the community, the more vulnerable it tends to be.”

Forbes: How Dollar General Is Spreading Like Hot Gossip In Tiny Towns Across The Country 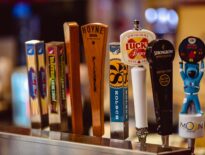 Retail In The American Prospect: Monopoly on Tap 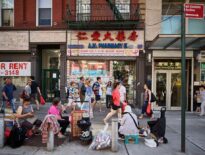 Retail Issue Brief: Why the 21st Century Antitrust Act is…
Sign Up for the Hometown Advantage Newsletter