The Financial Crisis Inquiry Commission begins its hearings today.  Established by Congress last year to investigate the causes of the financial crisis, the commission is off to a slow start, having waited more than 8 months since its creation to hold a hearing.  It’s also under-funded.  The FCIC’s budget of just $8 million is enough to hire only 35 investigators and probably amounts to less than what any of the largest banks will spend dealing with its investigation.

But perhaps the hearings, which happen to coincide with Wall Street’s bonus-paying season, will focus public anger and prompt Congress to not only adopt better regulations but also to directly address the scale and structural problems that have spawned Too Big To Fail banks capable of transmitting risk and failure to the entire economy.

That’s exactly what happened the last time Congress investigated a major financial crisis.  That was back in 1932-34, when the Senate Banking & Currency Committee probed the shady Wall Street practices that led to the 1929 crash.  The first year of those hearings turned up little in the way of illuminating information and attracted only scant public attention.

Then the committee hired as its lead counsel Ferdinand Pecora, the son of a cobbler whose family moved from Sicily to a small basement apartment in New York City when he was five years old.  A longtime assistant district attorney for New York County, Pecora dispensed with the deference with which members of Congress had been questioning the titans of finance and instead interrogated them much as he would petty criminals.  J.P. Morgan, who had a particularly humiliating appearance before the committee, called Pecora a “dirty little [pejorative slur for an Italian].”

Pecora was also a tireless researcher who combed through reams of boardroom notes and company documents, and seemed never to loose sight of even the smallest details.

The results were riveting.  The hearings had to be moved from a modest committee room to one that could accommodate the cameras and throngs of spectators.

Pecora uncovered what he described as “a shocking corruption in our banking system, a widespread repudiation of old-fashioned standards of honesty and fair dealing in the creation and sale of securities, and a merciless exploitation of the vicious possibilities of intricate corporate chicanery.” He brought down a few bankers, including Charles Mitchell, chairman of National City Bank, the predecessor to Citigroup, who had to resign just six days after the hearings began.

Under Glass-Steagall, commercial banks – those that take deposits and engage in routine lending – would have their customers’ deposits guaranteed by federal insurance, but were barred from engaging in risky securities trading.  Investment banks were much less constrained, but did not put taxpayers at risk in the event that their bets went bad.

In 1999, Congress enacted the Gramm-Leach-Bliley Act, which repealed Glass-Steagall under the rubric of “modernizing” the financial system.  The vote was resoundingly bipartisan with the Senate voting 90-8 and the House 362-57.   In removing the wall that separated the investment, commercial, and insurance functions of the financial industry, Congress gave its blessing to sprawling conglomerates like Citigroup, which combined banking (Citibank), securities (Smith Barney), and insurance (Travelers).

Today, a growing chorus of people are calling for a resurrection of this dividing line (as just one part of the policy reform that’s needed), arguing that commercial banks, which put the federal deposit insurance fund on the hook if they go under, should not be allowed to gamble and leverage customer deposits on speculation and risky trading.

Among them is Paul Volcker, former Federal Reserve chairman and head of Obama’s Economic Recovery Advisory Board, who said in a New York Times interview, “The banks are there to serve the public and that is what they should concentrate on. These other activities create conflicts of interest. They create risks.”

Kansas City Federal Reserve President Thomas Hoenig echoed that in a speech last week, saying, “We’ve got to start somewhere – and size matters… We do need to consider some activities that are in these largest institutions that probably should not be: trading for their account, gambling … That portion probably does need to be separated out.”

In December, Senators Maria Cantwell (D-WA) and John McCain (R-AZ) introduced a bill that would reinstate much of Glass-Steagall.  So far, their proposal has not attracted much support among regulators (Fed Chief Ben Bernake opposes it), members of Congress, or the Obama Administration.  One thing that could change that is the sort of grand public spectacle mixed with deep investigation that the Pecora hearings achieved back in 1933. 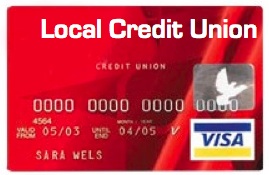