States were the birthplace of America’s struggle against monopoly. Now, over a century later, states can once again play a crucial role in reversing the rise of concentrated corporate power. State attorneys general can lead the charge. 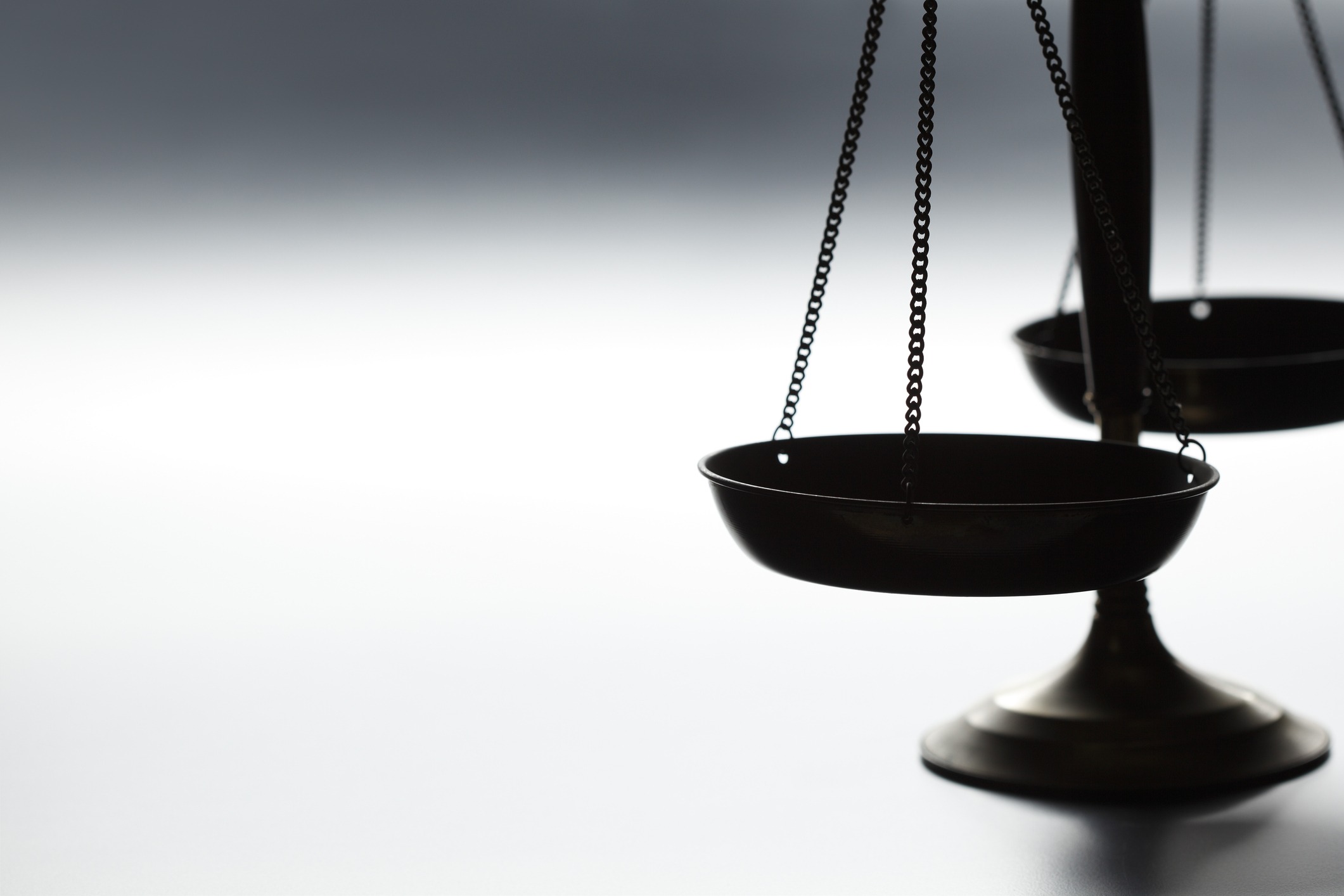 *Ron Knox is the senior researcher and writer for the Independent Business Initiative. He has studied and written about antitrust and monopoly power for more than a decade.

States were the birthplace of America’s struggle against monopoly. From the first days of the Republic, states have been at the forefront of safeguarding the economic freedom of farmers, shopkeepers, and residents from the insidious power of monopoly (though women, people of color, the poor, and others were excluded from this grant of liberty). “No monopolies shall be granted or allowed among us,” declared the “Body of Liberties,” a declaration adopted by colonists in Massachusetts in 1641.[1] From those early days, through the anti-monopoly uprising now known as the Boston Tea Party, and on through the present, opposition to concentrated corporate power has been a part of American culture and politics.

During the country’s first decades, states used their power to revoke corporate charters and dissolve franchises when their predatory behavior and power threatened the public good. After the Civil War, America’s rapidly industrializing economy came to be dominated by corporate conglomerates called “trusts,” which controlled commodities from oil and steel, to sugar and tobacco. During the peak of this first “Gilded Age,” farmers, independent businesses, workers, and consumers turned to their state’s leadership to protect them from the trusts. And states, with their attorneys general at the helm, responded.

Kansas passed America’s first comprehensive antimonopoly law in 1889, barring any business practices that “tend to advance, reduce or control the price or the cost to the producer or to the consumer” of goods produced in, and imported to, the state.[2] The passage of the law was the culmination of a years-long battle against corporate power waged by farmers and working people, who had turned to state officials for help.

During the country’s first decades, states used their power to revoke corporate charters and dissolve franchises when their predatory behavior and power threatened the public good.

Following Kansas, at least a dozen other states enacted explicit antimonopoly laws before 1890, when Congress approved the Sherman Antitrust Act, the first federal antitrust law. In the years after it passed, enforcement of the federal law was slow, while state attorneys general in New York, Ohio, California, and elsewhere used it to file cases challenging the trusts. The states won case after case, forcing the trusts to end franchises and in some cases revoking their charters.[3] Between 1890 and 1906, state attorneys general sued the Standard Oil monopoly two dozen times, while the federal government had yet to act.[4] Although Standard Oil’s money and influence helped blunt the impact of these cases, action by the states set the stage for the federal government’s eventual success in breaking up the corporation.

Over the past 40 years, state authority has once again provided an important, though insufficient, backstop for the absence of federal enforcement. Beginning in the Reagan administration, federal antitrust enforcement fell largely silent as policymakers took a more favorable view of consolidation and turned away from antitrust law’s long-understood goal of promoting open markets and economic democracy.[5] As the National Attorneys General Association’s antitrust task force has noted, “the states found themselves in both philosophical and economic disagreement with federal enforcers.”

In the years that followed, state attorneys general brought cases that ran counter to the federal government’s pro-monopoly philosophy, suing to stop mergers and harmful business practices that threatened competition both within and beyond their borders. In the late 1980s, for example, California’s deputy attorney general, H. Chester Horn, sued American Stores to protect supermarket competition when the federal government allowed it to merge with rival Lucky Stores. Around the same time, a group of states brought the most significant insurance industry antitrust case in a half-century.[6] When the federal government backed out of its monopoly case against Microsoft, state attorneys general stepped in to ensure new innovative companies like Mozilla could compete on even ground.[7]

The states’ efforts had enough impact that, by 2004, Richard Posner, one of the original architects of America’s abandonment of antitrust, suggested in a law review article that Congress should strip the states of their ability to enforce national antitrust laws because the states had shown they were always more aggressive than federal enforcers, not less.[8]

State enforcement has not been a sufficient remedy for lax federal oversight. The pro-concentration philosophy that took hold at the federal level ultimately trickled down to the states. Its influence on the courts has made many types of antitrust cases harder to prove, and state attorneys general have grown reluctant to bring them. Resources were and remain very limited for state attorneys general, with most states employing only a few antitrust lawyers. But even with these considerable constraints, state attorneys general have still brought critical cases, challenging big mergers, blocking dominant firms from monopolizing markets at the expense of local competitors, and going after anticompetitive conduct that the federal government ignored.

The states had shown they were always more aggressive than federal enforcers, not less.

State attorneys general can play a crucial role in reversing the rise of concentrated corporate power and its impact on our economy and democracy. They can investigate corporations for abusing their market power, and they have the power to stop harmful actions or break up companies. They can sue to stop corporate mergers that would undermine competition, harming workers, suppliers, rivals, or consumers. But it is more important than ever that they have the tools and resources they need to do that crucial job. The following enumerates both the specific antitrust powers that state attorneys general currently hold and the resources they need to leverage that power more aggressively.

States have the power to win a myriad of concessions from corporations that break the law and hurt competition. They can recover damages suffered on behalf of their residents. They can also use their power to stop anticompetitive conduct and even break up monopolies that harm residents and competition in their state, using both state and federal antitrust laws.

State enforcers can also band together to carry out broad investigations of monopolies nationwide.[12] This has been crucial work, historically and today. In the monopoly case against Microsoft, state enforcers maintained their case long after the federal agencies dropped theirs, effectively opening markets to new, innovative companies. And today, dozens of state AGs are using their investigative powers to examine whether tech monopolies Google and Facebook have abused their monopoly power over online search and the flow of news and information.[13]

State attorneys general have also used the antitrust laws to protect the rights of workers. More than a dozen states joined forces to stop fast-food chains, including Arby’s and Dunkin’ Donuts, from imposing no-poach and non-compete contracts on their low-wage employees. These clauses prevented workers from starting a competing business, or from quitting their jobs to work for a rival chain.[14] And a group of state attorneys general have organized to push the federal enforcers to follow their lead and protect workers from the unfair practices of their bosses.[15]

Historically and today, a core role of the states in antitrust enforcement has been to stop harmful mergers. Under state and federal antitrust laws, state attorneys general can sue to block a merger if they believe it will undermine competition to the detriment of producers, workers, or consumers. Over the past 40 years, they’ve done so — sometimes alongside the federal antitrust agencies, and sometimes on their own. While some state-level merger challenges have entailed broad, multi-state coalitions, most involve one or two state attorneys general stepping in to protect competition.[16]

Evidence of states’ importance in merger cases is abundant. Three years ago, the California Attorney General sued to stop the takeover of two oil terminals by Valero Energy, the world’s largest independent petroleum refiner, after finding Valero would be able to raise prices for oil after the merger. The FTC had reviewed the deal and declined to intervene. The companies abandoned it in the face of state scrutiny.[17] And in Colorado, the attorney general moved to alter a health care merger that would have stopped local Medicare patients from accessing doctors — a concern the federal antitrust agencies did nothing to address in their review of the deal.[18]

Monitor and Benchmark Corporate Concentration at the State Level

State attorneys general should use their research and investigative powers to examine the market structure of key industries in their states and monitor and publicly report data on concentration levels by sector. This would help officials identify areas in need of further investigation, or warranting policy or enforcement intervention. And it would help inform the public, support scholarship, and foster more local media coverage of concentration issues.

What State Lawmakers & Voters Can Do to Support Stronger Enforcement

State AG budgets have remained consistent over the long term.[19] If states are to take on more, and more complex, anti-monopoly work, those budgets must increase. Rising corporate concentration has increased economic inequality, stifled wage growth, and slowed new business formation; to combat it, state officials and activists should push for more funding for antitrust lawyers, investigators, and economists to help study and prosecute mergers and monopoly.

While state enforcement has been crucial to policing competition and protecting consumers, the majority of work is led by a few states with more extensive antitrust resources — California, New York, Illinois, and a handful of others.[20] Meanwhile, many state AG offices employ just a few lawyers overall, let alone any specializing in antitrust.[21] Increasing resources would not only allow state attorneys general to take action on their own; it would also expand the capacity of the states to act collectively to bring cases against exceptionally large and powerful companies like Amazon and Google.

Elect Attorneys General Who Pledge to Get Tough on Monopoly Power

In 43 states, the state attorney general is an elected position. In these states, advocates and the public can push candidates to take strong stances against corporate power and abuse. Recently, high-profile attorney general candidates have made their anti-monopoly positions clear during their campaigns. Zephyr Teachout, a law professor who ran for New York Attorney General, made challenging mergers and monopoly a central plank of her platform. And in Minnesota, Keith Ellison successfully ran for attorney general in part by promising to protect farmers, small businesses, and workers from concentrated corporate power.

[3] “Antitrust Practice and Procedure in the Formative Era: The Constitutional and Conceptual Reach of State Antitrust Law 1880-1918,” James May, University of Pennsylvania Law Review, March 1987

[8] “Federalism and the Enforcement of Antitrust Laws by State Attorneys General,” Richard Posner, Georgetown Journal of Law and Public Policy, 2004

[15] “AG Racine Leads Coalition of 18 AGs Urging Regulators to Protect Workers from Harmful Anticompetitive Labor Practices,” Office of the Attorney General of the District of Columbia.

Previous Chapter Small Business
Back to Table of Contents