Local pharmacies are vanishing across the U.S, which is feeding the spread of pharmacy deserts in both urban and rural communities. These independent pharmacies are being muscled out while the pharmacy sector consolidates. Fortunately, there is much that a state government can do to level the playing field for independents. 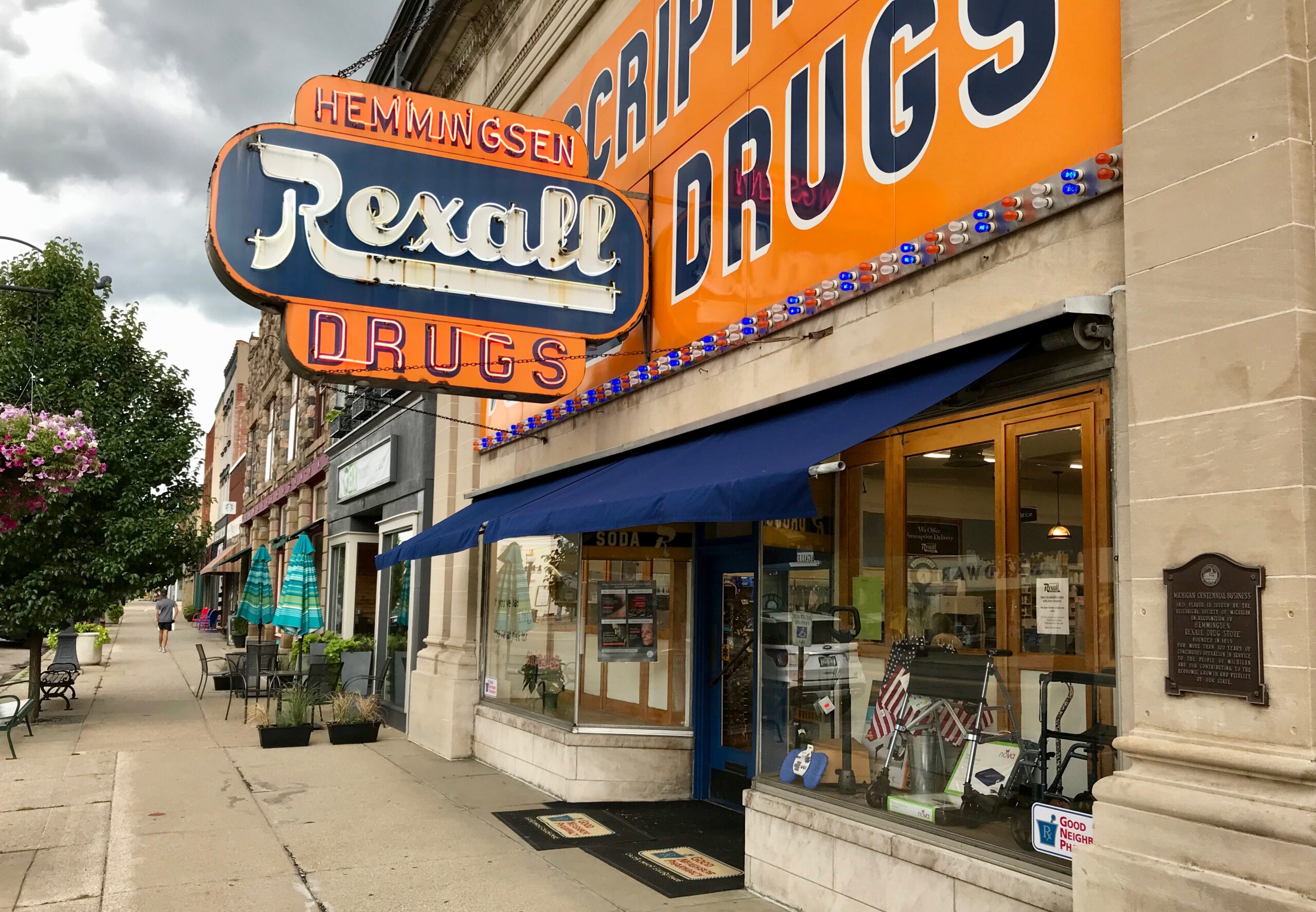 *Zach Freed is a researcher with ILSR who leads the Institute’s advocacy and outreach efforts.

Local pharmacies are vanishing across the U.S, feeding the spread of “pharmacy deserts,” or places that have no pharmacies within an easy distance. The disappearance of these crucial sources of healthcare is afflicting a growing number of both rural and urban communities. Since 2013, more than 400 pharmacies have closed in Ohio alone. A 2018 study from the University of Iowa found that over 600 rural communities that had at least one retail pharmacy (independent, chain, or franchise) in 2003 had none 15 years later. In America’s cities, Black and Latinx neighborhoods are much more likely to be pharmacy deserts, which is raising serious concerns about diminishing access to medicine and is further driving health disparities for people of color.[1]

Even as the Covid-19 crisis continues to illustrate the dangers of sparse provision of basic health care services, independent pharmacies are being muscled out while the pharmacy sector consolidates and important supply chains collapse. Fortunately, there is much that a state government can do to level the playing field for independents.

Why are local, independent pharmacies shuttering in rural and urban America? Many assume it is because they can’t compete with the larger chains, including CVS, Rite-Aid, and Walgreens, which, together with mail-order pharmacies, now capture 62 percent of prescription revenue.[2] In fact, research has found that independent pharmacies outperform the chains on several important measures. They provide better quality of care, shorter wait times, and lower prices.[3] The real reason independents are disappearing is that corporations called Pharmacy Benefits Managers (PBMs) have been quietly running them out of business.

PBMs are powerful corporations that oversee drug benefits for health plans. They determine, among other things, the drugs that insurers will cover and the reimbursement amount a pharmacy receives for filling a prescription. Only three companies make up 70 percent of the PBM market and all three operate their own mail-order pharmacies: OptumRx, owned by UnitedHealth Group; Express Scripts, owned by Cigna; and CVS Caremark, part of CVS Health, which recently acquired the health insurer Aetna. The largest PBM, CVS, also controls the largest pharmacy chain in the country. Between its stores and mail-order pharmacy, CVS alone captures almost one-quarter of prescription revenue.[4]

PBMs comprise one of the most poorly regulated sectors in the health care industry. This allows them, along with their sheer size and central position in the industry, to steer customers toward their own pharmacy services, a clear conflict of interest. They use several tactics to undermine competition, lock in their structural advantage over independent pharmacies, and monopolize the pharmacy market. Examples of these tactics include:

Federal Policies: The Fox is Guarding the Henhouse

The power of PBMs is not an inevitable result of market competition. It is a result of specific federal policy choices. For years, federal antitrust enforcers have allowed the big three PBMs to consolidate power through mergers and self-dealing. Between 2007 and 2015, the Federal Trade Commission (FTC) approved a series of PBM mergers, including the CVS-Caremark merger, CVS-Omnicare, and Express Scripts-Medco. In 2018, the Department of Justice allowed CVS-Caremark to merge with Aetna, further consolidating CVS’s leverage over its competitors, particularly smaller pharmacies. 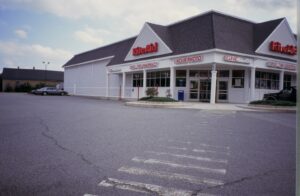 Beyond lax merger enforcement, federal regulators have discouraged state actors from intervening in the PBM industry. Between 2004 and 2011, the FTC sent a series of letters to state legislators deterring efforts to regulate the PBM industry. In these letters, the FTC argued that PBMs reduced drug costs, and that subjecting them to regulation and oversight would make it harder for them to do so, even as mounting evidence made it clear that PBMs engaged in self-dealing. In addition, the agency published two studies in the mid-aughts. The first FTC study found the PBM industry to be competitive, and the second discouraged any regulation that mandated transparency around PBM contracts with states. PBM industry lobbyists have repeatedly cited these FTC documents as proof that state oversight and regulation would raise drug prices.[6]

Despite the FTC’s discouragement, some states have begun to fight the market power of PBMs, often starting with PBM’s role managing prescription benefits for state health plans. States entered into contracts with PBMs based on the understanding that they would negotiate down prices with drug makers. However, PBMs have been caught overcharging Medicaid and other state insurance plans. Kentucky’s Cabinet for Health and Family Services, for example, found that PBMs overcharged the state $123.5 million in 2018. After conducting a similar review, Ohio Attorney General Dave Yost wrote that “when state agencies entered into these nebulous deals with PBMs, they unknowingly hired a fox to guard the henhouse. But he was a smart fox. He didn’t kill the chickens; he helped himself to the eggs.” Now some state attorneys general are fighting the foxes by suing PBMs for their blatant self-dealing.[7] 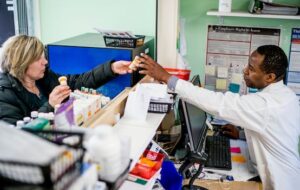 States also have the authority to structure the pharmacy market. One shining example of a state policy that mandates local control is North Dakota’s law requiring that only licensed pharmacists can own pharmacies. Thanks to this law — which is unique among U.S. states, but similar to laws on the books in many other countries — today there are almost no chain pharmacies in North Dakota.[10]

These laws require PBMs to register with a state’s board of pharmacy or department of insurance authority and give these agencies the power to oversee PBMs. This gives pharmacies and insurance plan sponsors, including employers, recourse if a PBM is abusing its power. One of Washington State’s PBM laws requires that a PBM registers with the office of insurance commissioner, which has the power to resolve disputes with PBMs and issue fines. Under this type of law, if a PBM has demonstrably abused its power, the state authority can refuse to reissue the PBM license.

Regulating PBM’s self-dealing requires adequate transparency of their pricing practices. PBM’s “spread pricing” tactic involves overcharging insurers while short-changing local pharmacies and pocketing the difference. PBMs get away with this, in part, by keeping their price lists secret.

To make up for lost profit in the wake of MAC transparency laws, PBMs have shifted their strategy, and started to misuse an opaque type of fee, called direct remuneration (DIR) fees, to arbitrarily “tax” pharmacies. Between 2010 and 2017, there was a 45,000 percent increase in these types of fees paid by pharmacies to PBMs. Connecticut recently passed legislation to restrict DIR fees.[14]

Managed care plans sometimes exclude certain health care providers, including independent pharmacies, from their list of accepted providers, even when they meet the plan’s terms and conditions. “Any Willing Pharmacy” laws prohibit this practice, allowing patients to choose from any provider that meets the state’s requirements. A handful of states, including New Hampshire, New Jersey, and Maine, have passed different types of “Any Willing Pharmacy” laws.[15]

[10] To find out more about the state’s forward-thinking approach, and how well it serves residents, read our 2014 report and other reporting on the law here: https://ilsr.org/rule/pharmacy-ownership-laws/2832-2/.