Network neutrality protections are scheduled to disappear on June 11th. In an effort to reverse the FCC’s decision that will put millions at risk by eliminating market protections, 52 Senators voted in favor of a Resolution of Disapproval on May 16th. The vote was enough to pass the Resolution and send it on to the next step under the Congressional Review Act (CRA).

Heading to the House

In addition to the full roster of Democrats, Republican legislators, Republicans Susan Collins of Maine, Lisa Murkowski of Alaska, and John Kennedy of Louisiana, voted in favor of the bill. Last February, citizen groups in Louisiana joined together to show support for network neutrality, staging rallies in four cities and visiting Senator Kennedy with thousands of signatures on a petition urging him to support the Resolution.

Now that the measure has passed in the Senate, it faces a tougher time in the House, however, where passage requires more votes to obtain the necessary majority. Advocates are busy organizing citizens, businesses, and entities to express their support for the policy and demand that Representatives take the same route as the Senate.

“We will continue to fight for net neutrality in every way possible as we try to protect against erosion into a discriminatory internet, with ultimately a far worse experience for any users and businesses who don’t pay more for special treatment,” said Denelle Dixon, chief operating officer at Mozilla.

Learn more about the CRA from this short Public Knowledge video:

Fate of Net Neutrality is Now in the Hands of the House, Gulp… 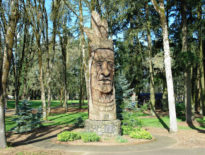 MuniNetworks Oregon Community is Ready to Invest in Fiber for t… 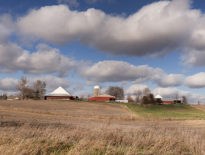