Over 200 mayors from all 50 states signed onto a letter calling for more solar power deployment. They cited the both economic and environmental benefits. Solar photovoltaic panels have declined in cost by 99% over the past few decades thanks to smart public policy. A new study illustrates the economic viability of Minnesota reaching its renewable energy goals by 2050. Plus, electric vehicles adoption is spreading in the central U.S.

“Cities and towns are natural centers of electricity demand, have the rooftops and infrastructure needed for installing solar panels, and can craft policies to help residents and utilities make the switch to solar power,” the letter states.

Renewable Energy Is Surging, but Not Fast Enough to Stop Warming by Benjamin Storrow, E&E News

How Cities Can Fund Their 100% Renewable Ambitions by John Farrell, CleanTechnica

The district has a current goal of obtaining 50 percent of its power from renewables by 2032, and the change reflected in the bill represents the most aggressive, fastest-acting climate change legislation in the country. It would also allow the district to enact regional agreements with neighboring Virginia and Maryland to reduce greenhouse gas emissions

What made solar panels so cheap? Thank government policy. by David Roberts, Vox

Solar PV has defied all projections, continuing to get cheaper and deploy faster — even as experts predict, again and again, that it will level off.

How batteries could replace the need for some backup transmission lines by Kevin Stark, Energy News Network

New Buildings In Milwaukee Could Be Required To Install Solar Panels Under New Proposed Legislation by J. Carlisle Larsen, WPR

Solar loans emerged as the dominant financing solution for residential systems in the first half of 2018, as existing loan providers scaled up through major installer partnerships and new loan providers grew via relationships with regional installers, according to the latest U.S. residential solar finance report from Wood Mackenzie.

America’s Wind Farms Are Ready to Go It Alone by Chris Martin, Bloomberg

For a quarter-century, the industry has been supported by federal tax credits that helped it attract $250 billion in investments and create 100,000 jobs, according to the American Wind Energy Association. That support ends next year, but analysts and executives say the credits have done what they were supposed to do: make the industry competitive.

Electric Vehicle Progress in the Central US by Charles Griffith, Ecology Center

Over the past several years, a number of states in the central part of the US have also been busy developing their own EV programs. Although the region has not achieved the same level of EV adoption—yet—there is a growing ambition and steady progress.

When Will Electricity Market Rules Catch Up With Wind & Solar Demand? by Carolyn Fortuna, CleanTechnica 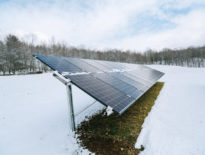 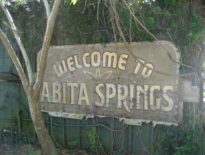