In California, lawmakers introduced a “Solar Bill of Rights” for home and business owners burdened with fees for generating and storing electricity on their properties. Illinois lawmakers introduced a bill to impliment 100% renewable energy by 2050. Wisconsin also joins the 100% renewable energy bandwagon with a proposal from the governor requiring the state’s utilities be carbon-free by 2050.

100% Renewable Energy Needs Lots of Storage. This Polar Vortex Test Showed How Much. By Dan Gearino

Energy analysts saw a useful experiment in that week of extreme cold: What would have happened, they asked, if the power grid had relied exclusively on renewable energy—just how much battery power would have been required to keep the lights on?

The legislation would enshrine a customer’s right to generate and store electricity on their own property as well as connecting to the grid without undue burden and freedom from discriminatory fees, as well as setting compensation for battery exports.

Utilities are starting to invest in big batteries instead of building new power plants by Jeremiah Johnson, The Conversation

In the 2019 Community Power Scorecard, four states excelled, 11 states and the District of Columbia saw above average scores, 15 were mediocre, and 20 states received failing grades at enabling individuals and communities to take charge of their energy futures.

The original solar bill is right for Kentucky and its energy industry by Stan Wise, Courier Journal

MnDOT: State should have 194k more electric vehicles in a decade by Paul Huttner and Cody Nelson, MPR News

Why Minnesota’s Community Solar Program Is The Best by John Farrell, Clean Technica

74% Of American Drivers Say Electric Cars Are The Future – They Just Don’t Buy Them by Michael Gauthier, Carscoops

Electric and electrified vehicles represent a small fraction of the overall market, but a new study suggests 74% of consumers consider them the “future of driving.”

Maine, New Hampshire and Vermont could significantly cut the $8.2 billion they annually spend importing fossil fuels by transitioning to clean energy, according to a new report.

Efforts to deploy floating turbines in the United States, where the technology will be necessary to access strong winds found in deep waters offshore the West Coast, lag behind those in Europe. 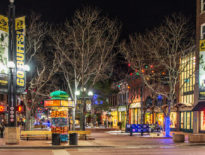 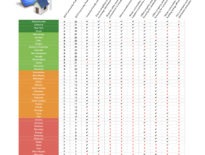