This week in Energy Democracy News:

A survey of energy cooperatives in America.

Breaking the macro-barriers to microgrids by Matt Grimley, CleanTechnica

What you need to know about energy democracy by Dees Stribling, Bisnow

First, consumers generally don’t have a choice over who they get their electricity from. John Farrell, a Director at the Institute for Local Self-Reliance, writes, “If you want electricity in cooperative territory, you [must] sign with the cooperative.” Martin Lowery, an Executive Vice President at the National Rural Electric Cooperatives Administration (NRECA) concurred, saying during an interview, “Certified service territories are drawn and fixed.”

U.S. solar installations have boomed more than 10-fold in the past five years, driven in part by a policy known as net metering that requires utilities to pay their customers for extra solar energy from rooftop panels. That’s lowered consumers’ monthly bills, and also cuts into revenue for utilities that still must contend with their own fixed costs — spurring conflict between traditional power companies and solar providers.

5 maps that show where the action is on solar policy by Herman K. Trabish, Utility Dive

Energy Democracy News In the States:

It’s a big year for the future of Arizona’s solar energy industry by Will Stone, KJZZ

Lisbon is looking at putting solar panels on five or more city buildings. It’s a move that could cut the small town’s utility bills in half. The city council is working with Energy Consultants Group to develop a plan to put panels on Lisbon City Hall, the fire department, library, history center and a community building.

Leaders were also looking at putting panels at the sewer treatment plant, which is the city’s biggest energy consumer, but shade is making placement a challenge in that area.

U.S. solar installations have boomed more than 10-fold in the past five years, driven in part by a policy known as net metering that requires utilities to pay their customers for extra solar energy from rooftop panels. That’s lowered consumers’ monthly bills, and also cuts into revenue for utilities that still must contend with their own fixed costs — spurring conflict between traditional power companies and solar providers.

A letter from 32 mayors and town managers, as well as letters from other city and town officials, including the Williamstown Board of Selectmen, have been descending on the House and Senate leadership and members of the House/Senate conference committee working on the solar legislation.

“We hope you can advance a bill to a floor vote at the earliest opportunity, in order to restore investments in our communities and allow businesses to rehire workers who lost their jobs as a result of the net metering caps,” representatives wrote in a letter organized by Reps. Cory Atkins, of Concord, and James O’Day, of West Boylston.

Solar gardens are about to flood across the Twin Cities – here’s why by Bob Shaw, Pioneer Press

Finally, we understand that some of the utilities who have a monopoly to provide electricity may feel threatened by the rise of solar and the growing demand of homeowners who want to take advantage of their own power generation in order to control costs. The energy future of New Hampshire will look much different than the business models of the past. The Legislature and our state agencies need to do more to bring the traditional utilities and the growing solar industry together in order to make real progress on these issues.

No more grid-lock: More turning to renewable energy sources for power by The Troy Record

Going solar for the future by Adam Ladwig, KVRR

This small town generated $2 million from selling RECs, now they have to decide what to do with the money by Carl McDaniel & David Sonner, EcoWatch

But, several city council candidates campaigned hard on terminating the coal contract and won. The new council majority canceled the contract and instructed city staff to seek alternatives in renewable and carbon-neutral energy sources. Oberlin began shifting aggressively to non-fossil fuels, despite obstacles by those who didn’t believe coal or climate destabilization was a serious problem.

Today, Oberlin’s electricity comes from a portfolio of 90 percent renewables and carbon neutral energy sources that have associated RECs. RECs were created in the late 1990s by states to provide an economic incentive to abandon fossil fuels for renewables in electricity generation.

Another roughly 8,000 MW of wind capacity is expected to come online in 2016, bringing the resource’s total in ERCOT to about 24,000 MW, or 21% of the region’s fuel mix. Some specific projects are going to be located outside of ERCOT’s geographic region but are still considered part of ERCOT’s resource mix because their output will be delivered into the ERCOT market. About 2,000 MW of new solar capacity is expected to become available this year as well, a nearly 10-fold increase over the amount of solar operating in 2015.

Got Denmark envy? Wait until you hear about its energy policies. by David Roberts, Vox

Many countries have found, when they try to increase the number of small-scale, distributed energy resources, they run into a lot of NIMBY opposition. (More on that subject here.)

The Danes thought ahead. There are policies in place to compensate homeowners for any lost value that comes with nearby siting of power, and each power project is required to set aside 20 percent of its shares for local buy-in and ownership. Consequently, the benefits of decentralized power are more widely shared and opposition is muted.

Lower-income households also typically spend a higher percentage of their income on energy than richer families, so they have more to gain from reducing their power bills through clean energy. Additionally, disadvantaged neighborhoods have a higher risk of suffering from air pollution and other nasty byproducts of dirty power generation, not to mention the effects of climate change spurred by those carbon emissions. That, and the fact that these populations tend to be people of color, brings this into the realm of environmental justice: When the people who are most harmed by traditional energy also have the least access to the benefits of clean energy, there’s a problem.

It doesn’t have to be a battle between utilities & solar power providers by Ken Munson, CleanTechnica

In many cases, these demand charges account for a substantial portion of a customer’s bill, creating a significant incentive for the consumer to reduce peak usage. Customers can do that through a variety of actions — from leveraging solar panels to generate during peak hours to deploying storage to store energy for peak demand periods and utilizing home energy management tools to track and reduce usage.

$2 billion loss for generators as a million U.S. roofs get solar by Jonathan Crawford, Bloomberg

Solar advocates have their eyes on low-income communities by Samantha Page, Think Progress

Solar power has been criticized for helping the wealthy and punishing the poor. Some groups — largely, it should be noted, utilities and advocacy groups funded by fossil fuel interests — say only affluent people can afford solar, leaving less-affluent people to pay more than their share for the grid.

But it turns out that in the battle to transition to a cleaner, more networked grid, low-income communities are the next big front.

To thrive, microgrids must help the macrogrid by Carl Weinschenk, Energy Manager Today

Is solar power worth it? by Leah Becerra, Newsy

In the last five years, solar PV costs have declined to the point that standalone solar PV systems can be financially feasible for affordable housing owners and at times more feasible than deeper energy-efficiency retrofits. As a result, solar PV is increasingly credible as a way to offset electricity consumption after a first level of energy efficiency retrofitting. At a policy level, providing incentives to finance solar access for low-income communities has emerged as a second significant step for reducing energy costs for low-income renters in affordable housing.

The growing importance of distribution in grid planning by Martin Shalhoub, Intelligent Utility

Is the Microgrid Industry missing the message about local energy? by Elisa Wood, Microgrid Knowledge 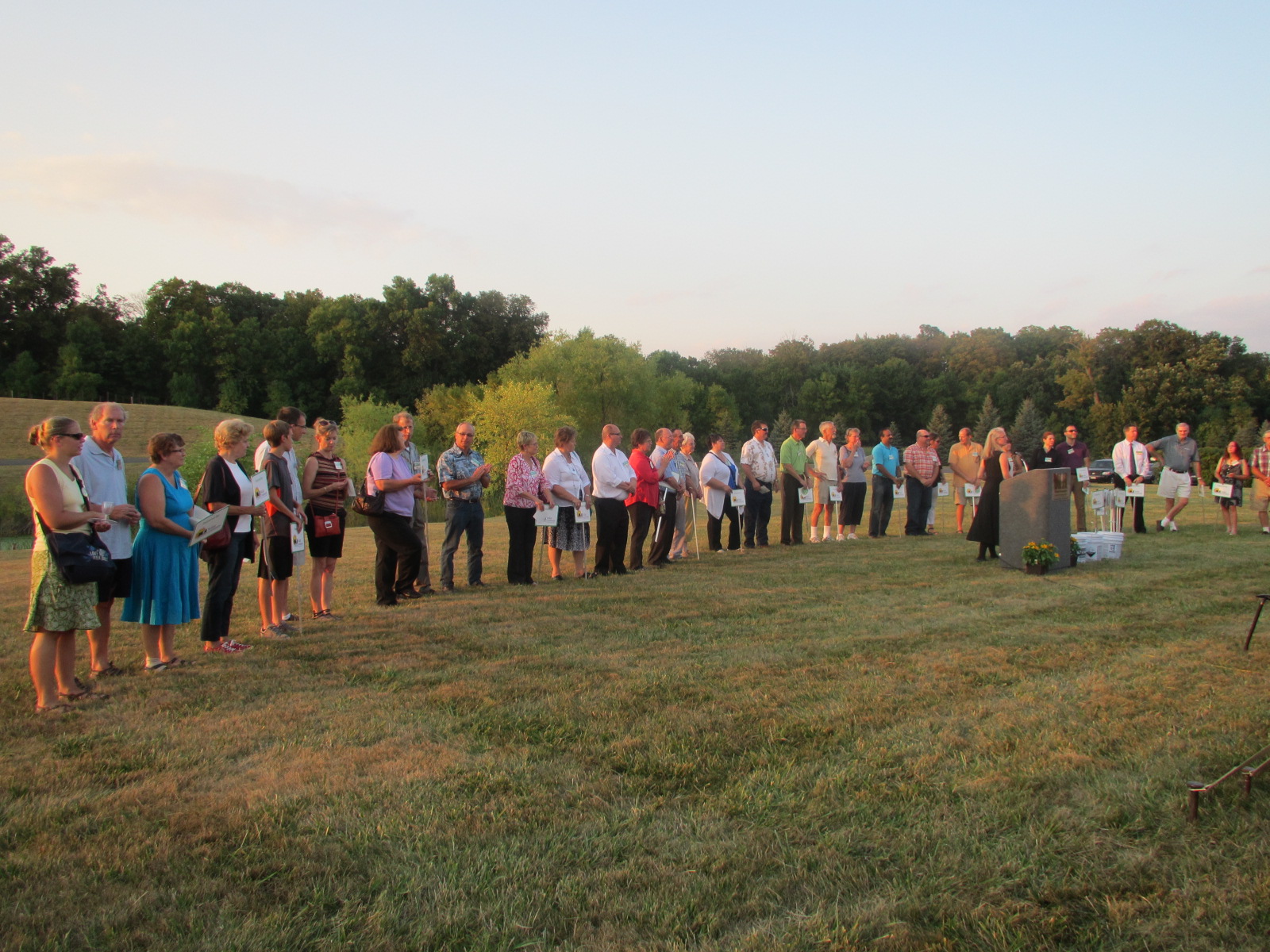