By 2050, solar panel prices are likely to drop in half, meaning solar could account for 40% of the world’s electricity. Arkansas is planning to allow third-party financing for solar installations, despite pushback from utilities.  Electric busses will hit the road in Hawaii as the state takes steps towards reaching it’s goal of 100% renewable energy by 2045.

Solar to be world’s largest power source by 2050 as cost halves by Leigh Collins, Recharge News

The powerful economies of scale in PV are likely to see costs in 2050 at half of today’s levels — enabling additional investments in grid expansion and integration technologies such as storage, connectivity, and demand-response that increase the value of solar assets

In 1994, only 10% of Americans had a cell phone. And yet, in 15 short years, more Americans had cell phones than landlines. While the rapid adoption of mobile phones can’t be attributed to a single factor, there is one major parallel between the transition from landlines to smart phones and what’s actively happening today in the electricity industry: the transition from a centralized system to a distributed (or decentralized) network.

Southwestern U.S.: from laggard to leader on climate by Benjamin Storrow, E&E News

The developments represented a striking shift for American climate efforts. Climate policy, long dominated at the state level by California and a handful of Northeastern states, had stagnated in Nevada and New Mexico until recently.

Massachusetts, California, New York and Illinois are the top four states for energy democracy, as ranked by their commitment to boosting community-level renewable energy, according to a second annual Community Power Scorecard.

Solar Is Gaining in Wind Markets as the PTC Steps Down by Emma Foehringer Merchang, Green Tech Media

Growth of the solar industry is inching into traditional wind markets, and developers are taking note 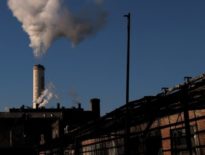 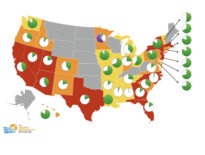