Utility-scale solar projects are now competitive with coal and gas. In Minnesota, Minneapolis considers the role of renewable energy credits in its plan to become the first large American city to transition to 100 percent renewable electricity by 2022. Idaho looks to Wyoming wind farms to replace coal. Plus, rural communities embrace community solar in Virginia.

“Recent bids in utility solicitations show how cost-effective utility-scale solar is,” John Farrell, director of the Energy Democracy Initiative at the Institute for Local Self Reliance (ILSR), told Utility Dive.

Of New Power Generation, How Much is on the Roof? Quarterly Update — 2018 Q1 by John Farrell, CleanTechnica

Does Minneapolis plan rely too much on renewable energy credits? By Frank Jossi, Energy News Network

In June, the Minneapolis City Council passed a resolution calling for a transition to 100 percent renewable electricity for city operations by 2022, which would make it the first large American city to hit that target.

How low can solar prices go? GTM predicts under $15/MWh in 2022 by Robert Walton, Utility Dive

Webinar: Shifting Power From Utilities To Consumers Via Solar Plus Batteries by John Farrell, CleanTechnica

Power Worth Less Than Zero Spreads as Green Energy Floods the Grid by Jesper Starn, Bloomberg

The Rise Of The Urban Rooftop by Laurie Winkless, Forbes

With two-thirds of the world’s population predicted to live in cities by 2050, the stress on urban infrastructure looks set to outpace even the most carefully-laid plans. But if we look at aerial images of any city center, we can quickly spot plenty of unused space – the rooftops.

Electric vehicles gradually spark Valley interest. Will powering up be a problem? By Tim Sheehan, The Fresno Bee

Charging ahead: Electric vehicle stations gaining some traction in Louisiana by Sam Karlin, The Advocate

Distributed Generation and the Minnesota Value of Solar Tariff by Ellen Anderson, The Environmental Law Reporter

Is the anti-pipeline playbook starting to work? By Ellen M. Gilmer, E&E News

Two critical legal victories over the Atlantic Coast and Mountain Valley pipelines in Appalachia could signal a long-awaited turn of the tide for the tireless anti-pipeline crowd.

Electric Car Mileage Share Expected To Hit 20% By 2030 by Vanja Kljaic, Inside EVs

The new climate proposal for coal-burning power plants, expected to be released in the coming days, would give states wide latitude to write their own modest regulations for coal plants or even seek permission to opt out, according to the document and a source who has read other sections of the draft.

Here’s what charging your electric car will look like in 2030 by Joe Romm, Think Progress 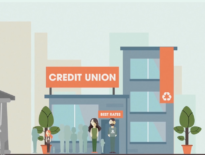 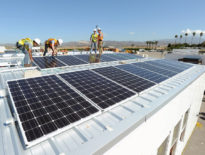