This panel asks ‘who’s your energy daddy?’ and for now it remains large, investor-owned utilities, and ostensibly locally-focused rural cooperatives and municipal utilities. But the energy landscape of today gives me uncomfortable reminders of the Athenian tragedy by Sophocles – the Oedipus tale.

John Farrell, ILSR’s Director of Democratic Energy, gave this panel presentation at the 23rd annual conference of the Society for Environmental Journalists in Chattanooga, TN, on Oct. 4, 2013.

For those who don’t recall their college or high school English class, that’s the tale of the man who grows up to murder his father the king and marry his mother.  And in this 21st century version, the utilities are the king and Little Oedipus is represented by rooftop solar panels, wind turbines, and other ways that utility customers can produce their own energy.  I won’t speculate who is the mother.

Earlier this year, the Edison Electric Institute (the daddy’s club of the investor-owned utilities) released a report suggesting that Oedipus has grown up and his daddy may not be prepared for the climax of this play.  It’s summarized in two headlines from the clean energy press this summer.  In Grist: “solar panels could destroy U.S. utilities,” and in GreenTechMedia, “adapt or die”.

The problem is that customer power generation from local renewable energy reduces utility sales.* (I asterisk this statement because there’s a robust debate about whether this distributed renewable energy brings other benefits to the grid not reflected on the balance sheet – for more information, read up on Minnesota’s value of solar process.)  But if your utility (or state regulatory regime) has built its business model around growing energy sales, this creates what some are calling a utility death spiral. Falling energy sales force utilities to raise rates, which further enhances the attractiveness of generating your own energy from solar.

It explains why the chair of the Federal Energy Regulatory Commission, Jon Wellinghoff, recently said: “solar is going to overtake everything.”

So Oedipus a growing threat, and the utility daddy is trying desperately to stave off the storybook conclusion.

The problem is that the energy daddies grew up in a very different era.  In the early days of the electric system, you needed big capital to build big power plants and big power lines to bring energy to big cities. We gave them monopolies to facilitate that infrastructure development.  And for decades, it worked.

But in the next 10 years, electricity from rooftop solar energy will be competitive – without subsidies – with utility energy prices in almost every state.  The overlay of renewable energy standards and incentives for distributed renewable energy illustrates how the public interest, the energy model, and the economics have changed.

The way utilities respond will determine whether this Oedipus tale ends like the play.   In Arizona, Wisconsin, and many other states, utilities are trying to gut the basic policies allowing people to generate their own energy.  In some places, they are successful.  But a recent story from Georgia should give them pause – a “Green Tea Coalition” of environmentalists and tea party activists successfully lobbied the public utility commission to require the state’s biggest utility, Georgia Power, to launch a large distributed solar program.

Utilities that try to maintain the status quo, to remain the energy daddy, are going to have a hard time.  Their customers will fight them for the right to self-generate, especially if it costs less than utility power, and these local energy producers will also be energy voters.

What we need is to have the utility become the facilitator rather than the ruler, the kindly elder sibling rather than an energy daddy. Because even as utility customers look to their own options for electricity generation, they will still need the utility network…

1)  to help them use their rooftop solar to power their electric vehicle.
2)  to finance high-efficiency appliances, efficient lighting, insulation and other strategies to cut their energy use and energy bills.
3)  to use existing on-demand energy sources (like natural gas) and future ones (like batteries) to keep power delivery smooth and high quality as the grid transitions to primarily renewable energy.

This won’t be easy. For one, utilities have a lot of money sunk into power plant and transmission infrastructure that may or may not be useful in this new era. For another, the regulatory system doesn’t necessarily reward this facilitation role rather than energy sales. But there’s no real alternative, because people are not likely to accept, nor should they, giving up this opportunity to have more control over their energy future. 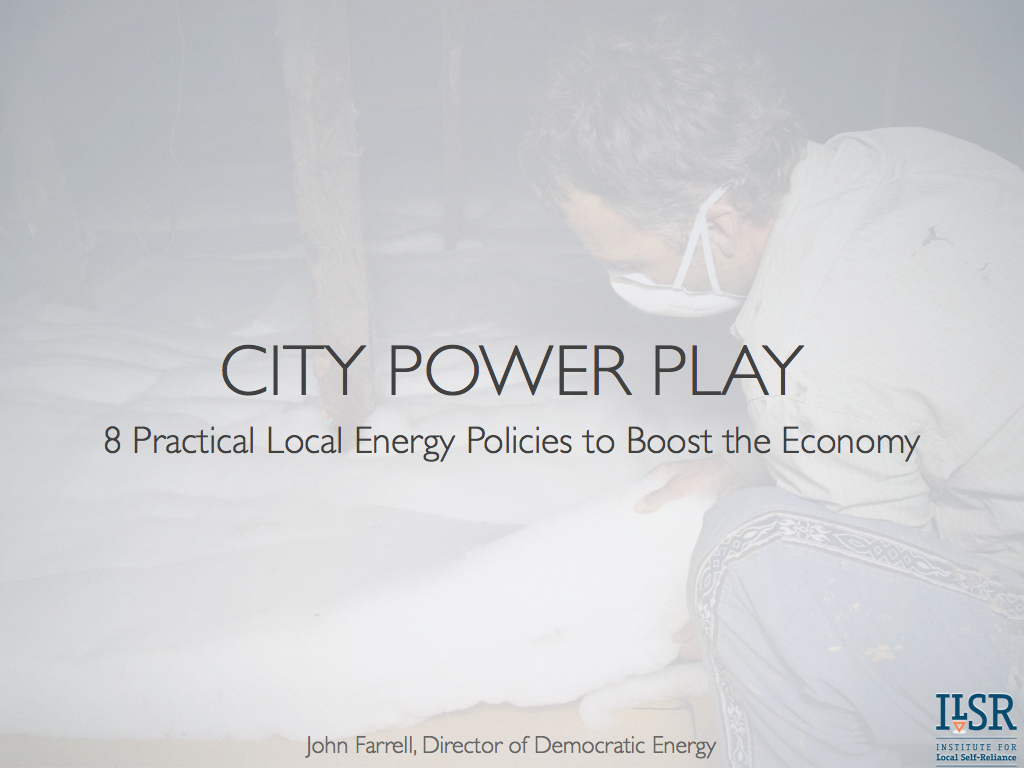 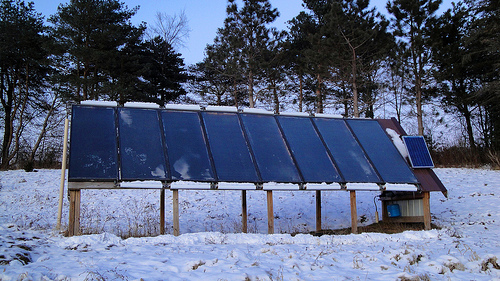