Telecom regulators don’t usually have public followings, except perhaps among other telecom regulators. But as soon as rumors began circulating that Julius Genachowski planned to resign as chairman of the Federal Communications Commission (FCC), petitions appeared on sites like BoingBoing, Reddit, and Daily Kos calling on President Barack Obama to appoint a 50-year-old law professor and former administration official named Susan Crawford as Genachowski’s successor. It’s not hard to see why she has acquired an enthusiastic fan base in these precincts of the Internet. With an appealing blend of earnestness and feistiness, Crawford is set on turning the sorry state of broadband and wireless services in the United States into the biggest populist outrage since Elizabeth Warren went after the banks.

Dropped calls, patchy Internet, and exorbitant bills are experiences many Americans are already angry about. But to Crawford, the telecom industry is a problem not just because of its dreadful service, but because it is undermining the future of the U.S. economy. Like Warren, she has a knack for making her case against the most powerful companies—she refers to them dismissively as “the incumbents”—in ways the average person can understand. At a public hearing in California, Crawford scoffed at a contention by AT&T and T-Mobile that local wireless markets were competitive: “This is like asserting that my former hometown of Washington, D.C., has several football teams: the Redskins, the Georgetown University team, and the Gonzaga High School team.” Discussing broadband with Bill Moyers, she observed, “The rich are getting gouged, the poor are very often left out, and this means that we’re creating, yet again, two Americas.”

And like Warren, Crawford has become a dreaded figure to the industry she wants to reform. Representatives from Comcast and other telecoms have refused to appear on congressional panels with her. “My name comes up in discussions about the new FCC chair. I’m on lists,” Crawford has said—but she expects the job to go to telecom entrepreneur and Obama bundler Tom Wheeler. “It’s obvious to me that they can’t [appoint me],” she told me. “The incumbents would go bananas.”

In April, I met Crawford at her favorite lunch spot in Greenwich Village. She is tall with short brown hair, classic features, and an engaging smile, but can quickly turn indignant at the mention of an injustice—yet another reason she invites Elizabeth Warren comparisons. But she came to her populism via very different beginnings. While Warren grew up in a working-class family, Crawford comes from the reform wing of the old Eastern WASP elite of bankers, lawyers, maverick progressives, and artists. Her great-grandfather, a Republican named Mahlon Pitney, was nominated by William Howard Taft to the Supreme Court. Crawford’s parents were musicians, and she once aspired to a career as a violist. After graduating from Yale, however, she went to law school, and by the mid-’90s, she was on her way to a career as a high-powered Washington attorney.

But Crawford was deeply moved, she says, by the injury in 1995 of her cousin, the actor Christopher Reeve, and his campaign in his last years for stem-cell research. “Life is short; get in the way,” is now a refrain in her speeches. In 2002, she became a professor at Benjamin N. Cardozo Law School and a vocal critic of the U.S. telecommunications market.

Crawford’s argument—which she makes in a new book, Captive Audience: The Telecom Industry and Monopoly Power in the New Gilded Age—is that four huge corporations dominate telecommunications much like a handful of companies once controlled the railroads and the electricity industry. Although the 1996 Telecommunications Act was meant to foster competition, the big firms simply rearranged themselves into mutually agreed-upon fiefdoms. Through mergers, Verizon and AT&T now dominate nearly 65 percent of the cell-phone sector. Comcast and Time Warner rule about 66 percent of broadband Internet and don’t compete in the same markets.

Crawford’s ultimate solution is to overhaul the telecoms the same way New Dealers reined in the electricity industry after decades of price gouging and selective service. They broke up national holding companies, instituted tougher regulations, and funded public power in regions the private companies had ignored. But she expects the industry—whose lobbying spending trails only the pharmaceutical and insurance companies—to thwart such efforts. “I don’t want to take them on,” she says. “It is not viable. It is litigation for fifty years.”

Instead, she believes the answer is for local communities to build their own fiber networks, as more than 250 have done already. The largest is probably Chattanooga, where homes and businesses can obtain Internet that is 200 times faster than the national average and is cheaper than cable. Meanwhile, Google is building a fiber system in Kansas City and planning others in Austin and Provo. Such networks, Crawford says, will help the public see the benefits of real regulations, just as they once did with electricity. “Until Americans understood how useful [electricity] was and Americans understood it didn’t have to be a luxury, it didn’t change,” she says. The drawback to this strategy is that the industry will fight these grassroots efforts as fiercely as it does FCC reforms. So far, it has gotten 19 states to effectively ban local alternative networks.

Currently, Crawford is teaching, playing string quartets, and taking her case against the telecom monopoly on the road. She hopes one day to return to government. “I discovered that the job I am best at, although I am never going to hold it again, is being a public servant,” she says. She is probably right about her prospects in the Obama administration, but her supporters, undeterred, are urging her to run for office. At a talk in February, an audience member told her, “When I look at Senator Warren in Massachusetts, she succeeded in getting a great voice in the Senate, so if you run for the Senate, I’d love to support you.”

Crawford says she has “no idea about going into politics.” And yet, like Warren a decade ago, she has been drawn into a conflict that will eventually have to be resolved in the political arena. By then, she may well be ready to take her case against the telecom monopoly to the stump. 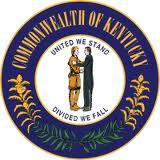