Most progressives have long embraced a clear alternative to the conservative story that prosperity flows best from a “free market” unfettered by government regulation and taxes. The standard progressive response: government incentives and spending are essential to spur the creation of jobs, and unions and regulations can make them “good jobs.”

President Obama’s re-election by a surprisingly healthy margin (he won by 3.5 million in the popular vote and by 126 in the Electoral College) confirmed substantial support for this overall approach to the economy. Despite deep economic suffering throughout Obama’s first term, the public validated his advocacy for more progressive taxes, his ideas about the positive role that government must play in regulation, and his call for public investment in training, education and research. All of this adds up to a significant defeat for the free-market ideologues who lined up behind Mitt Romney.

But here’s the catch: while Obama’s policies have the short-term potential to improve the lives of many Americans beleaguered by the economic slump, the approach he champions is insufficient to tackle the long-term problems we face. To secure a safe and prosperous future for subsequent generations, efforts to reduce unemployment and curb inequality must be considered alongside urgent threats to the environment and democracy. These crises present a compelling argument for systemic change.

Just a week before an election in which both candidates largely ignored the environment, Hurricane Sandy devastated the East Coast and put climate change at center stage. Who would have imagined Bloomberg Businessweek with a cover trumpeting “It’s Global Warming, Stupid,” as the magazine did just days after the storm? Climate chaos is at the core of our environmental crisis, but the problem also includes dwindling supplies of potable water, the destruction of forests and oceans, and the depletion of the planet’s biodiversity. Simply put, jobs that threaten the environment cannot be considered good jobs.

The assault on democracy by growing corporate control of our workplaces, our politics and our economy presents another deepening crisis. Roughly $6 billion was spent to influence and distort the political process in the 2012 elections, with a huge portion of this staggering sum coming from Wall Street and the wealthy. This dire situation demands that we put a premium on alternative forms of collective ownership and a shift from giant corporations and banks to smaller enterprises rooted in communities.

To address these multiple crises, we need broader metrics to measure progress and new paths to get there. What many progressive advocates are calling a “new economy” framework emphasizes not just new jobs but also new policies that simultaneously create a fair economy, a clean environment and a strong democracy. As a movement begins to coalesce around these issues, one of its toughest challenges will be to persuade more political and business leaders, mainstream journalists and economists locked in an outdated Keynesian worldview to take its ideas seriously.

What would a new economy look like? When it comes to promoting fairness, environmental sustainability and democracy, Walmart jobs, for instance, are triple offenders: they are nonunion poverty-wage positions, they support a corporation with a climate footprint half the size of France and they undermine community jobs on Main Streets all over the world.

For a positive example, consider what could be done to transform the waste management industry. Most of our trash goes into landfills that leach toxins into the soil and water, or into incinerators (often in inner-city neighborhoods) that belch toxic fumes. Rising asthma rates in urban communities of color and increasing greenhouse gas emissions are among the results. Yet according to a Tellus Institute study, the United States could create more than 2 million jobs by 2030 by transforming our waste management from incinerators and landfills to recycling and composting. Many of the jobs could shift from large private corporations to municipal unions. As groups like the Global Alliance for Incinerator Alternatives and the Institute for Local Self-Reliance stress, this shift would tackle the environment, equity and racial justice all in one shot. 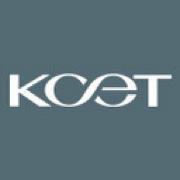 Podcast Whatcha Workin’ On, Stacy Mitchell? Podcast …
Sign Up for Composting and Zero Waste News
Sign Up for the Hometown Advantage Newsletter