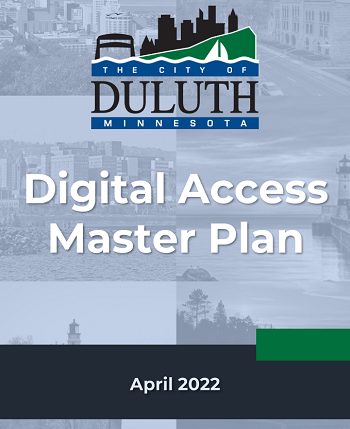 Like countless U.S. communities, Duluth, Minnesota (pop. 86,000) got a crash course on the importance of affordable broadband during the Covid-19 crisis. Those struggles in telecommuting and home education helped fuel a dramatic new broadband expansion plan that, if approved by the city council, could revolutionize affordable access citywide.

Last April, the Duluth Economic Development Authority signed a $65,000 contract with Entrypoint LLC to examine the possibility of building a community-owned fiber network in Duluth. The result: a new Digital Access Master Plan that proposes the city spend $7-9 million to build a pilot open access fiber network in Lincoln Park next year.

“Reliable high-speed internet is no longer a luxury,” Duluth Mayor Emily Larson proclaimed in a recent state of the city address. “It’s an essential utility no less important to our future success than our roads, water, and electricity.”

A Pilot Project, and Potentially More

Under the proposal, 75 percent of the new network would be buried fiber and 25 percent would be microtrenched along public roads. The $7 to $9 million estimated price tag is based on a 60% take rate, short-term interest at 5 percent, and a long-term interest rate of 3 percent for 20 years. The initial pilot project would bring fiber to an estimated 1,900 Duluth residents next year.

“A 60% take-rate may seem aggressive given the strong market position of the incumbent cable operator,” the plan states. “However, the survey data suggests a strong desire among residents and businesses in Duluth to see competition, choice, better pricing, and the reliability of a fiber optic network.”

The Master Plan highlights how a majority of Duluth is served by either a duopoly or monopoly consisting of Charter Communications (Spectrum) and Centurylink. Centurylink sells $50 a month usage-capped DSL service that doesn’t qualify as broadband, according to the FCC. Charter requires users sign long-term contracts to lock in lower rates, while utilizing fees that can add 15-30 percent to the company’s advertised price.

Neither company is able to offer affordable fiber to locals.

City leaders tell the Duluth News Tribune that if the pilot project is approved, $4 million of the project cost could come from levy-neutral one-time economic development funding sources within the city’s general fund. The plan also recommended pulling $5 million from Duluth’s Community Investment Trust Fund, with the hope of matching state grants.

Last June, the Minnesota Department of Employment and Economic Development (DEED) announced that the state would be doling out $95 million in broadband expansion grants, with a maximum of $5 million for each potential target community. Another $68.5 million in funding for Minnesota communities is poised to arrive via the American Rescue Plan Act.

If the pilot goes well, the city will then decide whether to embrace a full, citywide fiber network at an estimated price tag of between $76 and $80 million.

Assuming the full network were to be built over a 48 month period, the plan predicts Duluth would need to subsidize the network for 14 months. Once the network reaches 21,709 premises, the investment will be paid back by operational surpluses. The plan assumes a $79.9 million network build cost would be funded with debt at a 3 percent interest rate over 20 years.

“The goal of this plan is to make world class fiber optic connectivity available to every address in Duluth for $45-$55 a month for 1,000 x 1,000 Mbps,” the plan states. “Additionally, the city will develop and implement Customer Affordability Programs for those most impacted by affordability constraints.”

As in countless communities, dominance by regional telecom monopolies has led to limited competition, spotty coverage, high prices, and substandard customer service. These monopolies will not be excluded from the network, but be able to utilize the new open access fiber infrastructure, assuming the city approves the plan, to also deliver better, faster, more affordable broadband service.

“Only 6 percent of Duluth has access to high-speed fiber optic Internet [connections],” Larson said. “This is unacceptable and holding us back as a community.”

Overall, the survey and market analysis looks bright for an open access network in Duluth, if locals are willing to seize on the current moment and embrace it. 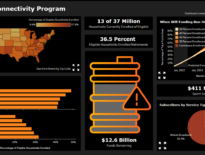 MuniNetworks A New Tool to Track Federal Funding for Affordable… 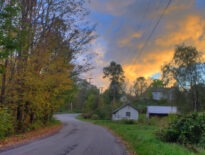