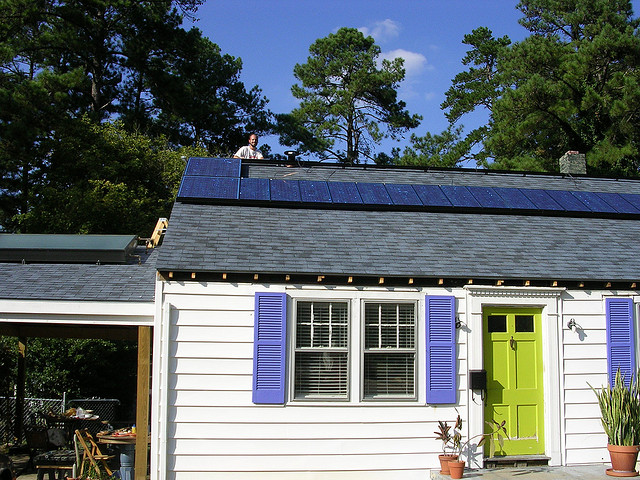 There aren’t many solar success stories from the Southeast, making Raleigh, NC, stand out in a region with low-cost electricity and modest sunshine. With just over 2 megawatts of solar on public property––providing close to 7% of municipal building peak demand––Raleigh’s solar success comes despite state rules preventing the city from buying electricity from any non-utility entity.

A Twist on a Traditional Lease

The lease arrangement for Raleigh is a bit different than used elsewhere. Instead of the city leasing the solar array from a third party, the city leases the land for the solar array, and the solar developer sells power directly to the utility. The city’s economic benefit is from the lease payments.

Hinson says that the lease agreements allow the city the option to purchase the solar project at a reduced price after seven years, in which time the solar developer will have realized tax credits and depreciation. The city would assume the power purchase agreements and continue selling electricity to Duke Energy. The purchase price is favorable, as the contracts were signed in the early stages of Duke’s solar program.

However, Hinson says the city doesn’t yet know the purchase price and so it’s unclear how profitable it would be to buy the solar arrays on leased property.

Another solar installation used net metering, but Hinson notes that net metering only works for relatively small systems. North Carolina’s net metering law only protects projects 100 kilowatts and smaller from utility standby charges. The city’s 75 kW array on its solid waste facility falls into that safe harbor. The project wasn’t necessarily done for the economics, but in part because the city wanted to achieve a LEED Platinum rating.

Expansion plans for solar on Raleigh municipal property will likely focus on small, net metered systems. The upside is better economics, but it also requires buildings with fairly significant on-site energy consumption. City staff will look carefully at “what the return on investment is.”

They have one interesting concept for expanding solar at their wastewater treatment facility. In addition to a ground-mounted array, they are considering floating solar panels on the treatment reservoirs. This “float-o-voltaic” system could produce electricity and, by blocking sunlight from the water, reduce algae growth.

Solar growth for the city has since slowed. When the North Carolina renewable portfolio standard was approved in 2007, the utilities (Progress and Duke Energy, before the latter took over the former) paid favorable rates to distributed solar generators. These incentives had investment groups and developers coming to Raleigh to site solar on city-owned land and rooftops. As “economy-of-scale” has taken over, the investment community has taken their dollars to larger solar installations and not municipal projects, says Hinson.

What barriers are there for city solar investment? Hinson says the biggest thing is the upfront cost and a failure to consider the return on investment.

“Each one of these projects is going to have a pay back,” Hinson says. Instead of looking at solar as a “frivolous amenity, look at it as being an investment long term.” The city’s second highest cost is energy, right behind personnel. Over decades of low-cost operation, the city’s solar arrays can pay for themselves two or three times over.

Hinson hopes the Energy Freedom Act, allowing power purchase agreements, will pass the state legislature and remove this barrier. It means the city would not have to make an upfront investment for the solar, but could just purchase the power from a non-utility solar developer. The federal and state tax credits for solar also make a substantial difference.

Down the road, Hinson says, the economic argument for solar may be improved if the city (or utilities) include more socioeconomic and environmental benefits in their analyses.

Raleigh is like many U.S. cities that face substantial policy barriers to solar at the state level, but have found innovative local solutions to overcome them. However, it may have reached the limit of its opportunity without lifting some of those barriers.

To learn more about solar efforts in Raleigh and other cities, read our Public Rooftop Revolution report, highlighting the remarkable opportunity for solar on municipal rooftops.

This is the 24th edition of Local Energy Rules, an ILSR podcast with Director of Democratic Energy John Farrell that shares powerful stories of successful local renewable energy and exposes the policy and practical barriers to its expansion. Other than his immediate family, the audience is primarily researchers, grassroots organizers, and grasstops policy wonks who want vivid examples of how local renewable energy can power local economies. 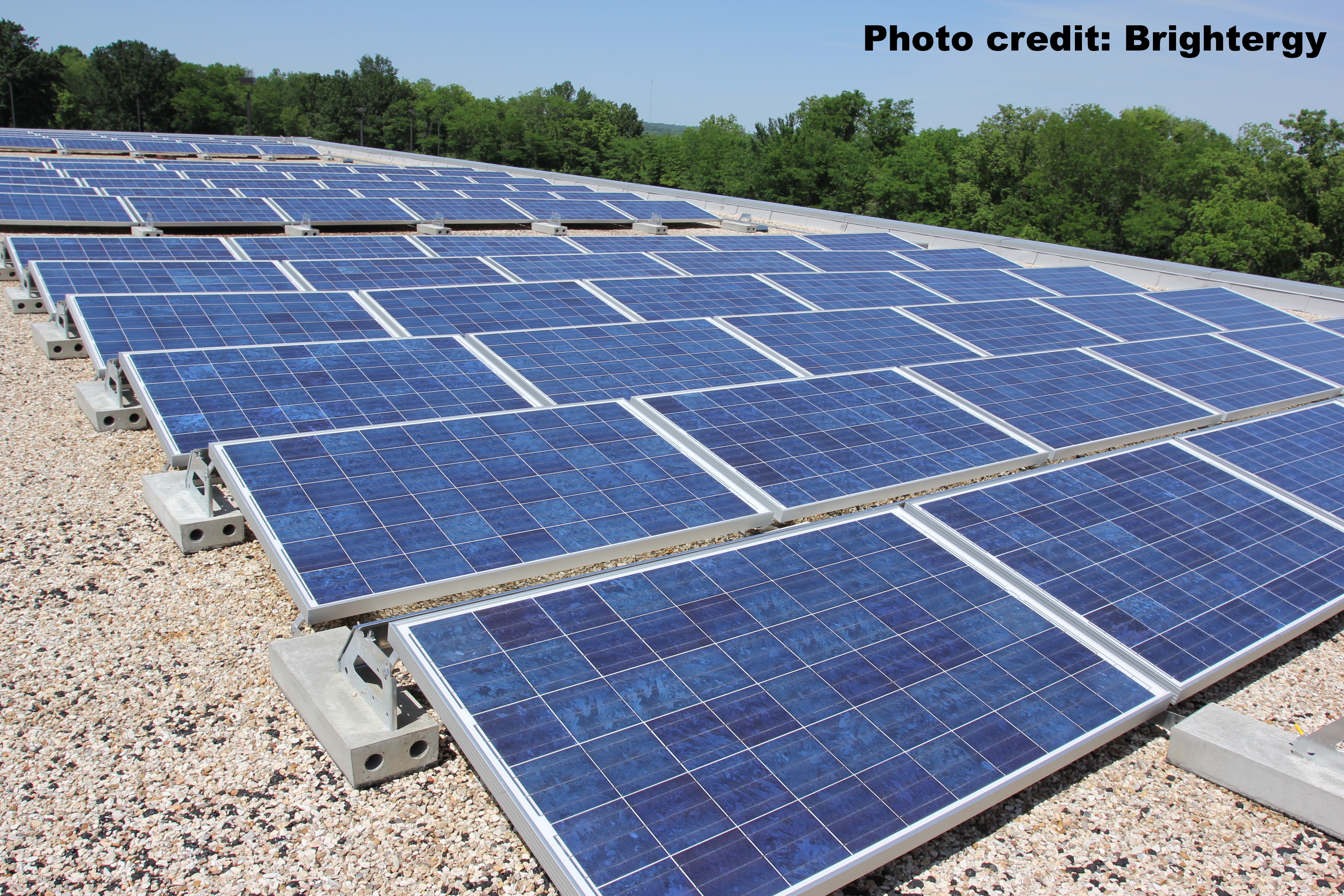 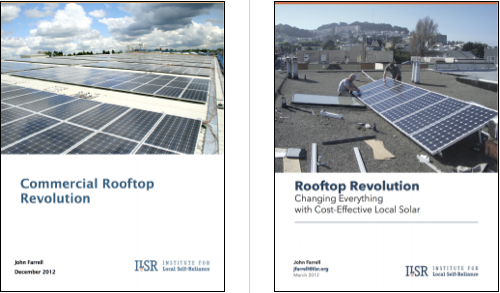