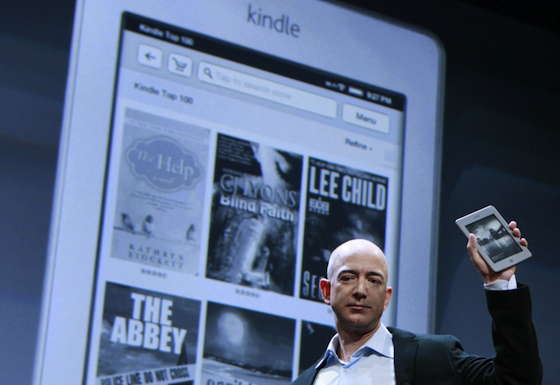 For years, Amazon has used its size and market power to bully publishers and keep other retailers from competing in the e-book market.  And, for years, the U.S. Department of Justice (DOJ) has done nothing to constrain Amazon’s abuses or bring about a more competitive marketplace.

So it was quite a shock last month when the Justice Department decided to intervene in the book industry, but, instead of going after Amazon, filed suit against five publishers that had dared to challenge Amazon’s dominance and Apple, an e-book retailer with a modest market share. In filing the case, the DOJ moved from ignoring concentrated market power to actively abetting a monopolist.

Two of the publishers and Apple plan to fight the lawsuit in court, but the other three publishers, facing sizeable legal costs, have agreed to settle.  If the DOJ’s proposed settlement is accepted by a federal judge, it could spell disaster for the book industry.  The proposed settlement would return control of e-book pricing to Amazon.  It would likely push the online giant’s only viable e-book competitors, including about 400 independent bookstores, out of the market, helping Amazon regain the 90 percent market share it held as recently as two years ago.

(Public comment on the proposed settlement is being taken through Monday, June 25th.  We urge you to submit comments.  More details on how to do so at the end.)

The case alleges that the five publishers (HarperCollins, Hachette, Macmillan, Penguin, and Simon & Schuster), with Apple’s help, colluded to fix e-book prices.  The activities in question took place as Apple was preparing to launch the iPad in early 2010.  At the time, Amazon was essentially the only outlet for e-books, and it was selling new releases at a steep loss in order to maintain its monopoly.  Amazon paid publishers a wholesale price of about $12-14 for top new titles and then retailed them for $9.99.  Other retailers, including Barnes & Noble, did not have the cash to sustain similar losses and were thus locked out of the growing e-book market.

Publishers feared Amazon’s tactics would ultimately destroy competing retailers, leaving the industry in the hands of a single dominant player.  With the launch of the iPad and the iBookstore, they saw an opportunity to renegotiate terms. They signed deals with Apple to sell e-books through an “agency” pricing model, under which publishers set the retail price of their books and retailers collect a 30 percent commission on each sale.  Publishers then insisted on the same terms with Amazon.

There is nothing illegal about agency pricing.  In fact, it’s a common pricing model for electronic goods.  It is, for example, the same approach that Apple uses with its App Store: app makers set the retail price and Apple keeps a commission.  It’s also the way both electronic and print books are sold in many European countries.

The DOJ alleges that, as the five publishers were making the shift to agency pricing, their CEOs met in private rooms at “upscale Manhattan restaurants” and conspired to raise book prices.

So far, though, the DOJ has not presented data showing widespread price increases.  Prices on some new bestsellers did rise, from $9.99 to $11.99-13.99 (even so, publishers are making less with their 70 percent cut than they did under the wholesale model).  But overall e-book retail prices have fallen, from an average of $9.23 in 2009 to $8.19 in 2011, according to the Yankee Group.  New data from Barnes & Noble also shows falling e-book prices, as well as a sharp drop in hardcover prices for titles that were released as e-books under the agency model.;

That prices appear to have fallen under the agency model is not surprising, given that publishers, like app makers, compete vigorously with one another.  It’s also consistent with new economic research, which has concluded that producer-set pricing is often more efficient than the conventional wholesale pricing model.

But what about those bestsellers that are no longer $9.99?  The DOJ asserts that this $9.99 price was the result of “robust retail price competition,” when, in fact, there was no competition. Amazon had 90 percent of the market, a fact conspicuously absent from the DOJ’s complaint.  Amazon’s $9.99 price on select books was not the product of competition, but rather a calculated strategy to block competition.

Part of the genius of Amazon’s strategy was that the longer its rivals were kept out of the e-book market, the more ground they lost in the market for print books.  In an illuminating article, the Authors Guild explains this interplay:

Amazon could get the most bang for its buck by taking aim at the narrow band of books on which its brick-and-mortar competitors were most dependent – those new titles from larger publishers that bring readers into bookstores. Once in the stores, a reader might choose to purchase other books within the list of 10% of titles in which Amazon faced competition: it was best, from Amazon’s perspective, to keep readers out of bookstores and safely online, on Amazon’s turf.

So Amazon’s predation focused on a slice within a slice of the literary market. Amazon would sell at a substantial loss the electronic versions of select new hardcovers: the new bestsellers, near bestsellers, and might-become bestsellers from commercial publishers. Our best estimate was that Amazon’s predatory tactics focus on less than one percent of in-print titles.

The strategy was brilliant, a predatory feedback loop in which online print book dominance allowed Amazon to absorb selective losses to gain control of the e-book market, which in turn gave Amazon an ever-larger share of the print book market. It was a tactic Amazon could continue indefinitely, as it offset its losses on the most recognizable new e-books by taking profits on e-books by lesser-known authors, on backlist e-books, and on its growing share of print book sales.

Predatory pricing is illegal under U.S. antitrust law.  Leveraging a monopoly position in one market to gain share in another is also a violation.  Yet not a peep was heard from the Justice Department during the nearly three years in which Amazon flexed its muscle in e-books. Publishers had little recourse.  When the occasional publisher pushed back against Amazon’s tactics and terms, the online giant responded by dropping their titles from its store, cutting them off from readers until they relented.

What ultimately rescued readers, authors, publishers, and booksellers from Amazon’s monopoly was the advent of agency pricing in 2010.  In the months that followed its adoption, Amazon’s market share fell from 90 percent to less than 60 percent.  Barnes & Noble’s finally gained traction with its Nook, Apple’s iBookstore attracted customers, and nearly 400 independent booksellers entered the e-book business through a partnership with Google. A more accurate way to describe those Manhattan dinners, writes L. Gordon Crovitz in the Wall Street Journal, “is that publishers conspired to repair an anticompetitive business model.”

What emerged was a competitive ecosystem. Various players, big and small, offered a range of choices for consumers.  Competition began to drive innovation, as the makers of e-readers, including Amazon, raced to improve their devises and add new features.  Prices for e-books became more diverse, a sign that they were now influenced more by market forces than the dictates of a single company. 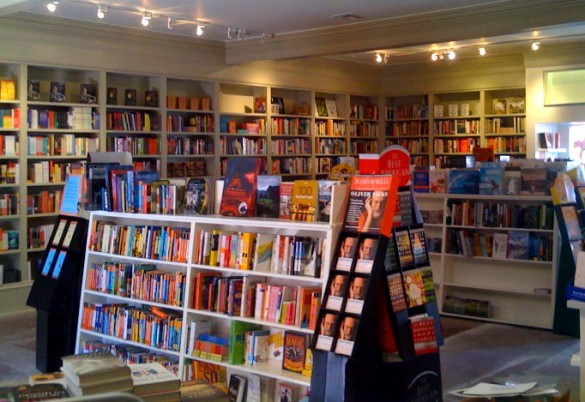 Although the lawsuit has focused attention on five large publishers, the biggest beneficiaries of agency pricing have been small. Mark Coker, founder of Smashwords, an e-book publisher, explains how agency pricing has helped his company sell far more books for less, mainly by allowing his authors to price their books more efficiently (i.e., lower).  Even self-published authors on Amazon’s Kindle Direct Publishing platform have benefited, as Amazon doubled its royalty rates to match Apple’s agency model royalties.

Most important, agency pricing has carved out a future for brick-and-mortar bookstores. Without it, Amazon can and does free-ride on the showroom space and customer service that independent bookstores provide.  Surveys (here and here) have found that one-third of Kindle owners browse in a bookstore before purchasing their chosen title from Amazon. (The Kindle, unlike competing e-readers, uses a proprietary format, locking customers into buying e-books only from Amazon.)

Unchecked free-riding could doom independent bookstores, and their demise would drastically reduce the range of books published and sold.  Marketing studies show that, beyond the bestseller list, the main way people discover new authors and “mid-list” books is by browsing in a store.  Indeed, about half the sales in a typical bookstore are impulse purchases.  That happens far less online. “When you walk into a bookstore, you’ve got about 15,000 choices within eyesight. [But] the most images or books I’ve ever been able to find on a single page on Amazon is about 33 items,” Kelly Gallagher, VP at Bowker, explained in an interview with PaidContent.org.

What the DOJ’s Proposed Settlement Would Do

The DOJ is proposing, in effect, to return the e-book market to the sole control of a monopolist.  Two more years of predatory pricing by Amazon could spell the end for a diversified industry, perhaps sinking both Barnes & Noble and many independent bookstores, as well as locking more consumers into the proprietary world of the Kindle.

“The settlement provides a gigantic obstacle to Amazon’s competitors in the e-book business by allowing Amazon to function without making a profit,” notes best-selling author Scott Turow.  “Today’s low Kindle book prices will last only as long as it takes Amazon to re-establish its monopoly.  It is hard to believe that the Justice Department has somehow persuaded itself that this solution fosters competition or is good for readers in the long run.”

The proposed settlement will not go through, however, until it is approved by a federal judge, who must conclude that it is “in the public interest.”  Under federal law, the public is invited to submit comments, which are collected and summarized for the judge by the DOJ.   We encourage you to  share your views.  The deadline is Monday, June 25.  Comments may be sent to: 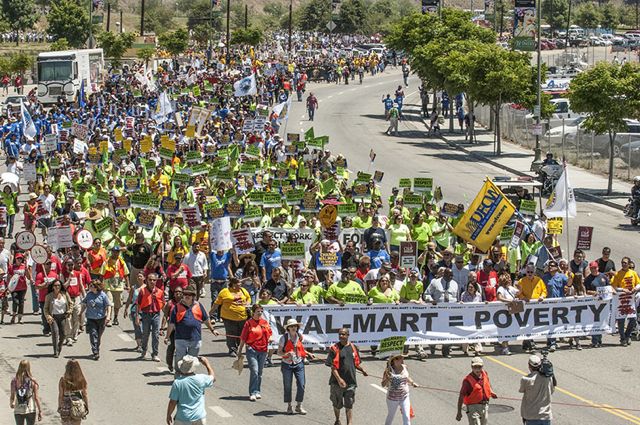