The Energy Policy Act of 2005 required that DOE, in consultation with the Federal Energy Regulatory Commission (FERC), conduct a study of the potential benefits of cogeneration and small power production. The final report, The Potential Benefits of Distributed Generation and Rate Related Issues that May Impede Their Expansion, is now open for public comment until April 30, 2007.

The report was supposed to recommend a methodology for valuing the benefits of distributed generation (DG). DOE concluded that “This task is complicated somewhat because calculating DG benefits requires a complete dataset of the operational characteristics for a specific site, rendering the possibility of a single, comprehensive analysis tool, model, or methodology to estimate national or regional benefits highly improbable.” The report examines evidence on the potential benefits of distributed generation in six areas:

DOE was also charged to analyze the impact of regulatory mandates, tariffs, rate structures and similar policies on the proliferation of distributed energy technologies. Consistent with many other studies, the DOE found that in many states across the country grid-connected DG is subject to a variety of rate-related and other impediments that can ultimately hinder the installation of DG units. These impediments result from regulations and rate making practices that have been in place for many years. In the vast majority of instances these rate making practices are under the jurisdiction of the states.

The most common rate-related impediments that affect DG owners and operators include the potential for lost revenue on the part of utilities, and practices such as standby charges, retail natural gas rates for wholesale applications, exit fees, and sell-back rates. There are several other rate-related issues that are somewhat less common; these include payments for locational marginal pricing, capacity payments, co-generation deferral rates, and remittance for line losses.

There are also several non-rate related impediments that affect the financial attractiveness of DG and these include interconnection charges, application and study fees, insurance and liability requirements, and untimely processing of interconnection requests. 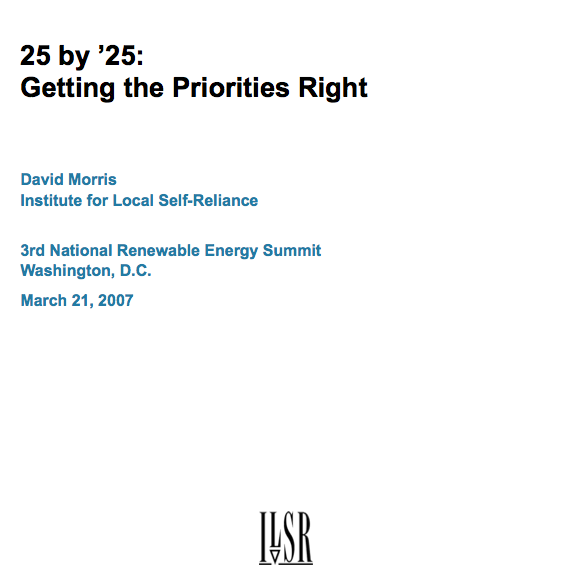 Energy 25 by 25: Getting the Priorities Right – Spe…
Sign Up For Energy Democracy News