“Ultimately, Farrell’s report points to exciting economic opportunities that are not too far out of reach. By enacting policies that encourage locally owned renewable energy projects, lawmakers can boost local and state economies while laying the foundation for a more stable climate.”

John was also quoted in both Utility Dive and Boulder’s Daily Camera regarding Minneapolis’ recent clean energy partnership with Xcel Energy. The new partnership could help Minneapolis realize its goals for reducing greenhouse gas emissions by 15 percent by 2015, 30 percent by 2025, and 80 percent by 2050. From Robert Walton’s article:

“‘It was a robust campaign and I won’t downplay that it was a fair amount of work,’ Farrell said. ‘But at the same time, we’ve now laid the groundwork for how cities can establish these partnerships. And it strikes me that it would be very difficult for a utility to come to another city … that has asked them about doing this, and tell them ‘no’ because the whole notion behind this was, ‘we want to work with you.’ So I do think this could be a very powerful prototype for a model.’”

And in the Daily Camera, industry observers cited Boulder as an influence on Minneapolis’ discussions with Xcel. Erica Meltzer reports:

“John Farrell of Minneapolis’ Institute for Local Self-Reliance, one of the groups pushing for the community to do more to reach its carbon reduction goals, said Boulder was rarely mentioned by name, but ‘it did feel like Boulder hung over the discussion.’”

“Farrell said his organization wasn’t necessarily pro-municipalization. For one thing, Minnesota state law would require a city that formed its own utility to reimburse the former utility for lost profits, making it an even more expensive venture than it would be for Boulder. But the mention of municipalization seemed to deeply concern representatives of Xcel Energy there, who threatened to move their corporate headquarters if the city went down that path.”

John also published an article on CleanTechnica discussing the past, present, and future of solar economics and policy.

“Solar power is at a unique place in history. It’s growing rapidly, its price is falling precipitously. Within the next 10 years, it will compete favorably with utilities for electricity sales, on price, and without subsidies.”

“In all, solar, wind, and biomass accounts for just 3 percent of Walmart’s total U.S. electricity use, according to data from the EPA’s Green Power Partnership. And less than one-fifth of the renewable energy the company purchases from offsite is third-party certified, meaning we just have to take Walmart’s word for it. More than 200 organizations in the EPA program meet 100 percent of their electricity use with green sources, including fellow retail giants Whole Foods, Staples, and Kohl’s.”

Also in Grist, David Roberts details how utilities must innovate to stay afloat as solar continues to grow. Roberts writes:

“Socially and environmentally, we want more distributed, clean power; we want more efficiency and lower demand; we want more grid resilience and intelligence; we want to avoid huge, expensive infrastructure investments if possible. But the way the utility business model is set up, all that stuff slashes utility profits. Our power utilities are structured to oppose our social and environmental goals. That is the real problem at the core of all these discussions.” [author’s emphasis]

In other news, the U.S. Energy Department announced a plan to invest $53 million in 40 research and development projects intended to cut the costs of solar energy while driving innovation in the industry.

Diane Cardwell of the New York Times reported on a new initiative—conceived by the World Wildlife Fund—that includes discounted solar power as a new employee perk.

“Expanding the notion of corporate benefits beyond discounted health club memberships and low insurance rates, a group of major companies is set to offer employees access to cheaper solar systems for the home.”

“Under an arrangement announced Wednesday, employees of the companies — Cisco Systems, 3M, Kimberly-Clark and National Geographic — will be able to buy or lease solar systems for their homes at rates substantially lower than the national average, executives said. The program, offered through Geostellar, an online marketer of solar systems, will be available to more than 100,000 employees and will include options for their friends and families in the United States and parts of Canada.”

Chris Mooney of the Washington Post reported on a recent study with surprising findings as to why people put solar on their roofs:

Examining the spread of solar photovoltaic residential installations in Connecticut, two researchers at Yale and the University of Connecticut found instead that the single most important factor driving whether a given house installed solar was peer influence — whether other houses nearby had recently done so. In other words, much like with buying a Prius, it looks like installing solar has a lot to do with how you want people around you to think of you. “People have called it green envy before, where you want to be green so that you can show off your greenness effectively,” says Yale’s Kenneth Gillingham, a professor at the School of Forestry and one of the study authors. 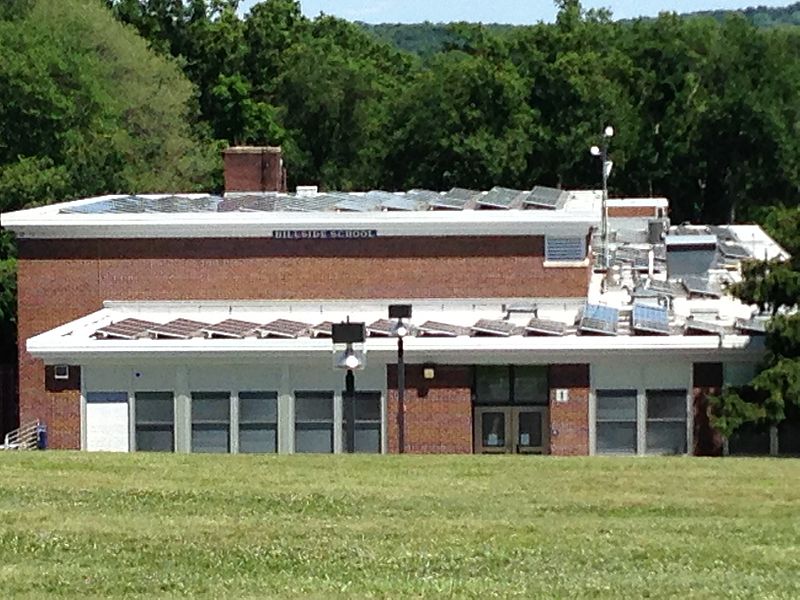 Energy Why Haven’t Cities Covered Their Buildings i…