This week in democratic energy, the president’s acknowledgement of solar progress, global climate change, science (!), and the growing economic gap in our country means there’s never be a better time to support keeping our energy dollars local.

Lyn Davis Learn’s short video on Huffington Post this week highlighted just how much 3-minutes can do for a movement. Check it out!

As renewable energy becomes cheaper and technology advances, he believes utilities like Xcel will be forced to change. Huge coal, nuclear, and natural gas plants will witness the nightfall of an era as farmers and city folk alike become more self-sufficient. The playing field has really changed.”

The new gardens are a start at placing power in the people’s hands. Community-owned energy keeps monthly electric payments at home, instead of sending them to distant investors. But while that may be good for everyday Minnesotans, it is not good for Xcel.

“The beancounters at Xcel are looking at this and saying, ‘Whenever somebody puts up a solar panel, it just shows up as less sales on our balance sheet,'” says Farrell. “And less sales is less revenue.”

The construction of new power plants — where a utility really makes its money, getting a state-sanctioned 10 percent return — could be replaced by solar and other home-based sources.

In coming years, Xcel may be at a loss for how to make money for its investors. But whether executives like it or not, that day is coming.

Just when you think lawmakers are children that can’t help throwing sand at one another, you have some brief moments of harmony. Randy Leonard with CQ Roll Call reports that Florida’s newest collective is bringing together tea party members, renewable energy advocates and a retail group:

The strange bedfellows are petitioning for a 2016 ballot measure to allow companies other than utilities to provide up to 2 megawatts on a customers’ property or an adjacent property, the Associated Press reported:

“The monopoly utilities are using their financial influence to corrupt the political process here in Tallahassee,” said Stephen Smith, executive director of the Southern Alliance for Clean Energy. “When utilities want something and they use their money to stop it; that’s not good public policy.”

Florida is one of only five states that restrict power sales to only utilities.

Max Hall with PV magazine also captured the kumbaya moment between Tea Party activists and environmentalists. A Republican lawmaker has launched a petition to remove the ban on allowing consumers to sell power in the state of Florida.

Perfetti wants voters in the 2016 Florida election ballot to be able to vote for the amendment, which would mean private individuals and companies owning solar systems would be able to sell up to 2 MW of solar power directly to consumers, such as tenants of a building with a solar rooftop.

The report states Perfetti has been working with Georgia Tea Party leader Debbie Dooley and has also had backing from Democrats with unnamed environmental groups in the state.

And Florida’s current backwards views on solar power could threaten the lively solar market in Hawaii, but advocates there are trying to get quick action from the state’s PUC. They want the PUC to complete work on its plan for energy future before Florida-based NextEra Energy takes over:

“Our purpose is to make sure the horse is in front of the cart,” said Jeff Mikulina, Executive Director of Blue Planet Foundation. “As clean energy stakeholders, we share the joint interest in making sure we complete planning for Hawaiʻi’s energy future now. We don’t want to put the discussions on the back-burner and then have to start over after the merger proceeding is finished.”

The North Carolina Clean Energy Technology Center published a huge report on solar energy this week. It found that Standard & Poor’s has ranked solar as a more economical choice for 42 of the U.S.’s 50 largest cities!

From The Energy Collective:

But maybe the report’s most important contribution is its finding that in 46 of the country’s 50 largest cities, buying an average-sized, 5-kilowatt solar power system for a single-family home and financing it at 5 percent over 25 years is the smart financial move for people looking to cut their electric bills and get profitable and stable returns on their investments. If the environmental, public health and job-creation benefits weren’t enough, we can now add financial gain as another reason that solar makes “cents.”

Two separate articles on solar storage were top of the news this week. Jeff St. John with Greentech Media and Herman Trabish with Utility Drive took a look at the importance of commercial and industrial buildings for the energy storage market.

Solar and storage are coming together at just the right time, Keating said, because in places where the penetration of distributed generation is high like Spain, Germany, Hawaii, and some feeders in  California, utilities are beginning to “tap the brakes” on growth.

In Arizona, the state’s two largest utilities may now enter the residential solar market, an unfortunate turn of events. Although the PUC (for now) has limited the use of ratepayer funds to do the residential projects, the entry of the monopoly utilities into the rooftop solar market may crowd out competitors and local ownership.  The plan includes language that both Arizona Public Service and Tuscon Electric Power will contract with local installers to build systems, a small consolation.

Salt Lake City, Utah could be the next location to look into net metering. The state’s Public Service Commission is looking at the benefits if Rocky Mountain Power were to charge a net metering fee for residents who are plugged into rooftop solar, writes Amy Joi O’Donoghue with Deseret News.

“We really want to have a robust and transparent analysis that fully evaluates all the benefits that solar brings to Utah, as well as the costs,” said Sarah Wright, executive director of Utah Clean Energy.”

PacifiCorp is already engaged in a “load study” in which energy consumption and output is being examined for 62 solar sites. In August, the utility attempted to charge an extra monthly “sun tax” to solar customers for what they said would help cover “fixed costs of delivering energy to households.”

In Charleston, an alternative energy law is under attack. The Alternative and Renewable Energy Portfolio Standard was passed in 2010 that required utility companies to earn credits by producing electricity from alternative fuel sources. Democrats are calling for an economic impact study before repealing the law.

Herman Trabish with Utility Dive reports that Wisconsin solar advocates are bracing for a big net metering decision. The state’s Public Service Commission is expected to make a decision on whether We Energies can charge “true ups” to net metered customers’ bills monthly instead of annually. Solar energy advocates say that the switch would diminish the financial payoff for rooftop solar.

Roy Hales with Clean Technica reported this week that Xcel Energy may convert up to 20 MW per year of recycled energy as part of the 20% renewable energy mandate. We like capturing waste heat, but would suggest that good energy efficiency practices don’t make fossil fuel power into renewable.

Texas homeowners are finding the incentive in going solar is about financial gains rather than politics as well. KDH News in Central Texas reports on the solar surge: Howard “Scot” Arey, owner of Solar CenTex, said he takes pride in creating energy independence for homeowners across Central Texas.

“I would tell them it’s the greatest investment they can make to protect themselves from energy inflation,” he said.

… Although he invested a lot of money initially, Howard said there are other options, such as low-interest home improvement loans or anemic, low-return investments.

“My neighbors probably think I have more money than my wife could ever spend and that is the only reason I could make the leap,” Howard said. “Not me: son in college, three car payments, owe on the house, owe on some land, all the same stuff everyone else has. Yes, I am retired military and yes, I am working, but I like keeping my money like anyone else and not giving it to (electric provider) TXU.”

Public-private partnerships for solar could be coming to Virginia. Wayne Barber with GenerationHub reported that the state’s governor is hoping to encourage solar energy development in and around state-owned property. Maybe he should see what the public sector could do by itself, too…

Meanwhile, a stalled solar array could be revived in a former New Jersey landfill. Anne Levin with Princeton Magazine reports that a better economy could help council members decide to approve an eight-to-ten acre solar development there.

And finally, the United Nations has deemed 2015 the “International Year of Light”. SolarEnergy’s Kristine Wong took a look at what that means for solar in the United States.

“In the U.S., the importance of solar energy will be given special attention by [international photonics society] SPIE, which is working with a number of scientific organizations (such as the National Science Foundation) to hold educational events at meetings in the U.S. and Europe. It’s also collaborating with NASA and the Smithsonian to develop an educational exhibit and information campaign to be shown in Washington D.C. and airports throughout the United States.” 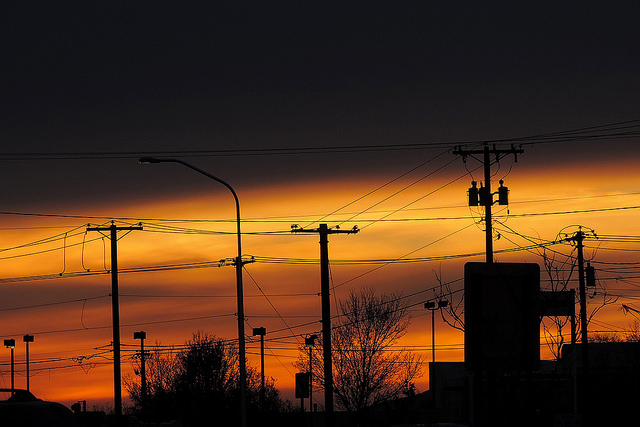 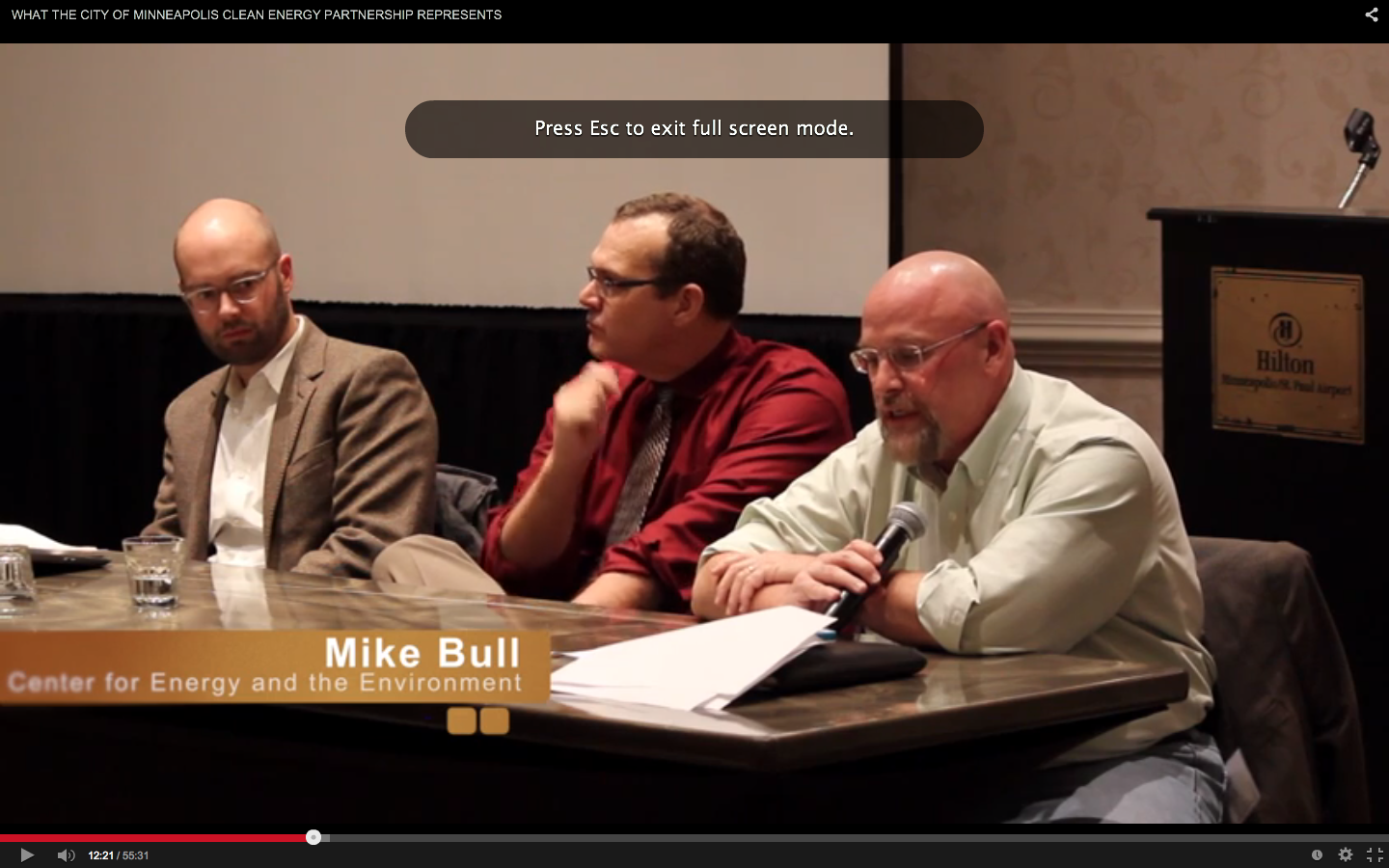 Energy Watch: Roundtable on the Minneapolis-Utility Clean…
Sign Up For Energy Democracy News