At the very end of the Friday, September 10, 2021 PBS NewsHour, David Brooks was explaining why he doesn’t like “direct democracy” as practiced in California. He was upset about the Gavin Newsom recall. Dan Knapp, Urban Ore, Inc., thought that Brooks’ blanket condemnation of direct democracy went too far. Knapp was involved in the use of direct democracy in the 1980s and 1990s to head off incineration, set high recycling goals, and create a funding source for recycling that also raised the cost of wasting at the same time.

Here is his response.

To PBS Newshour:
I’ve been in the recycling movement for over forty years as a founder and general manager of a reuse and recycling business. Urban Ore specializes in what we call “reuse,” meaning keeping reusable goods out of landfills and incinerators by returning them to commerce. Urban Ore currently employs 34 people. We started with nothing but the ability to salvage at a regional landfill, long since closed. We are now recognized as a thought leader in a much bigger conservative/progressive social movement still paying big dividends worldwide.
We would not exist today if not for direct democracy, which David Brooks says he’s against. I may agree with him on the stupid California recall of Gavin Newsom, which is an expensive partisan nothingburger, and before that on the recall of Gray Davis, which gave us Arnold Schwarzenegger as Governor.
But I definitely don’t agree that direct democracy, as in the California Citizen’s initiative process, is something that should go into the wastebasket of history.
I myself have helped write three citizen’s initiatives that first: stopped a mass-burn waste incinerator after the elected City Council had voted unanimously to approve its procurement; extended the moratorium on garbage burning and set one of the nation’s first 50% recycling goals four years later; and in 1989 created StopWaste, a new Alameda County agency with a mandate annually to spend around $8 million raised by higher wasting and garbage fees at all county landfills. That spending focused exclusively on building recycling infrastructure, making loans and grants to provide working capital to resource trading businesses. That’s what we built into the initiative, and that’s what has happened.

Around ten years ago, Alameda County’s fifteen jurisdictions had reduced landfilling by 50%, with some going as high as 70%. Wasting is on its way out thanks to direct democracy.

Had it been built, the garbage burner would never have survived even a year of operations because the citizens would have stopped it, since everyone was downwind, and citizens were made aware during our anti-burn campaign that the plant would release dioxins, dibenzofurans, and metals like mercury and cadmium into the air. But they would still have had to pay its capital costs and endure yet more citizens fighting over the spoils. The 63% vote margins for all three of our citizen’s initiatives settled many of those questions.

Instead, material recovery has morphed in Berkeley into a $40 to $50 million-dollar set of material recovery enterprises, with three of the largest owned by the city itself. The dramatic growth of  resource conservation would have been stunted had the City’s staff and council mistakes not been subject to citizen veto at the ballot box.

Thanks for your time and attention to this email post.

Democracy and Recycling in California 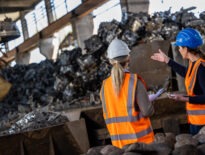 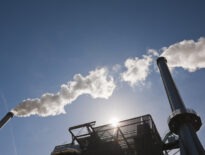