Is a low-cost alternative or complement to demolition. According to data gathered and analyzed from the Hartford project, trained workers can deconstruct a building at a cost of $2 per square foot, a 33% savings over demolition costs of $3 per square foot.

Can be easily integrated into traditional construction and demolition enterprises and practices. According to Manafort Brothers Inc., the general contractor on the Hartford project, deconstruction saved money in waste disposal and helped build a workforce of trained, qualified, enthusiastic employees capable of both construction and deconstruction. Expanding Manafort’s business from straight C&D to deconstruction helped the enterprise win new contracts and provided a steady stream of usable, low- or no-cost materials for its construction projects.

Stimulates local business development. The Stowe Village project was the impetus for the creation of the employee-owned joint venture Hartford Community Deconstruction Service Company (HCDSC), which has brought tens of thousands of dollars into the community through investments and projects. While working on public and private sector projects, worker-owners have pursued new training opportunities, acquiring new skills and expanding the scope of their work to include construction as well as deconstruction. In fact, the business recently changed its name to the Hartford Community Construction Company to more accurately represent the host services they now offer.

Creates career training and employment opportunities. The Stowe Village project trained and placed nine public housing residents in deconstruction jobs at a cost of $6,000 each – less than half of the $15,000 training allowance estimated by the Department of Housing and Urban Development. All nine trainees became union members, with full-time jobs as well as part-owners of the Hartford Community Construction Company. ILSR had similar success in our Washington, DC project, where we trained and helped 48 men and women move into full-time jobs in the construction trades.

Reduces the C&D industry’s reliance on virgin materials. Reusing these materials –from flooring to copper tubing-not only diverts waste from landfills and incinerators, thereby decreasing potential air and groundwater pollution, but also saves precious natural resources and reduces the need for and impacts of hardrock mining, mineral extraction, and deforestation.

Creates home ownership opportunities for low-income families. In both Hartford, CT and Washington, DC, ILSR’s trainees have become homeowners, often purchasing newly built homes on the very site of their deconstruction training. In situations where residents are often displaced by public housing renovation projects, deconstruction has helped keep communities in tact, while building individual assets and increasing residents’ equity and involvement in their community. 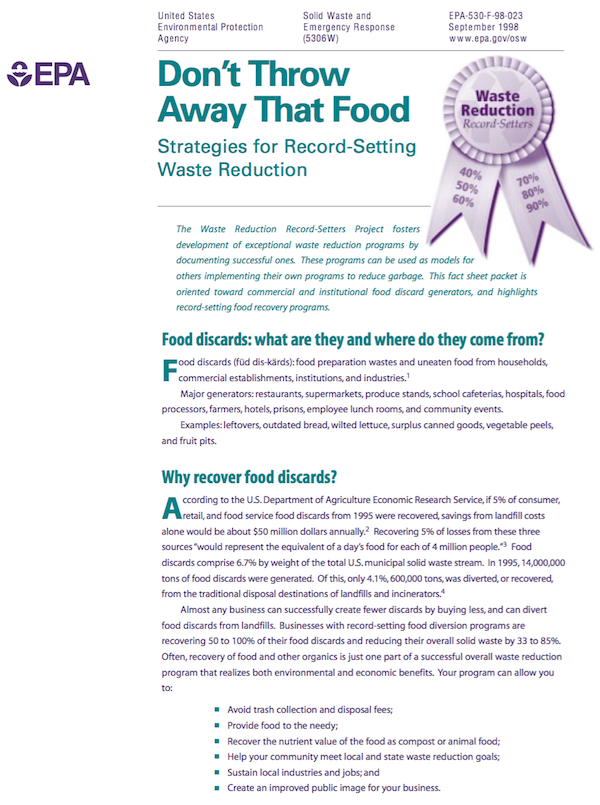 Waste to Wealth Don’t Throw Away That Food: Strategies for Recor…
Composting Key Characteristics of Record-Setting Recycling Pr…
Sign Up for Composting and Zero Waste News