A newly operational dark fiber network, built by the city of Valparaiso, Indiana, is already proving to be a hot commodity for area businesses and institutions. Since going live in May of this year, ValpoNet has received dozens of inquiries from companies and organizations looking to build upon its unlit backbone.

From Idea to Implementation

The municipality had always intended to build the fiber system in order to support local businesses. City officials also came to recognize that a strong fiber backbone was well worth the investment, will continue to support new technologies, and will support emerging technologies from local entrepreneurs and tech companies.

Valparaiso first considered building its own strong, redundant fiber network after a large data company said it was wary to expand in the region after weather related outages impacted the incumbent provider network. To ensure data flowed securely and to reduce or eliminate outages, ValpoNet installed a dark fiber loop with “carrier diversity and redundancy.”

ValpoNet has no plans to become a municipal ISP but hopes to entice private sector ISPs as part of a competitive open access model. Currently, the 25-mile network houses 288 strands of fiber. It runs mainly north-south along IN-49, and also circles around the denser circumference of the city.

You can listen here to our discussion of the origins of ValpoNet with Valparaiso’s Development Director, Patrick Lyp, who is the city’s point person for the network.

The Advantage of Going Dark

Dark fiber has a number of uses for municipalities. Firstly, it can be a source of revenue, depending on how many entities get on board to lease its infrastructure. Local communities can use it to light up community anchor institutions, such as city service buildings and hospitals. Businesses will also be attracted by the prospect of secure, fast, affordable connectivity.

Cities who operate an open access network with their dark fiber can also help smaller ISPs enter the market by providing infrastructure on which to offer services. Open access fiber networks can be a great model for improving competition for subscribers because multiple ISPs can operate on the same infrastructure. Cities concerned with the costs associated with a fiber build should consider doing an inventory of their infrastructure. They may already have dark fiber in the community.

As NWI.com reports, ValpoNet officials said that it’s had steady interest by area businesses, with five contracts already signed and another 26 inquiries in the works. Bryan Baker, a consultant on the project, told Valparaiso’s redevelopment commission that he believes another dozen contracts for an open access agreement between the city and private entities will be signed in the coming months.

One of the first businesses to sign on was MapleNet, which provides wireless to businesses, and SurfAir, with whom MapleNet recently merged. The latter company provides residential subscriptions as well, and NWI reports it would considering expanding to Valparaiso if demand is high enough.

Check out this marketing video from ValpoNet: 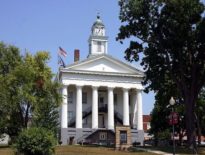 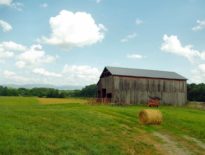