It’s easy to think nothing of throwing carrot or potato peels into the trash or down the garbage disposal. They quickly decompose.  But Howard County announced on Monday that residents can participate in an expanded pilot program that composts food scrap and yard waste.

A new composting facility at the Alpha Ridge Landfill will enable the county to double the size of its curbside food scrap collection program to allow 10,000 residents in Elkridge and Columbia to recycle food waste.

The expanded pilot program invites residents who live in areas of River Hill and Fulton to participate. Residents can contact the county’s recycling division for more information about how to obtain a bin if you’re located in the program area.

Howard County Executive Ken Ulman asked a crowd gathered at the ceremony on Monday whether people will actually recycle food scraps from their home.

“If you make it convenient, if you make it easy, the answer is ‘yes,'” said Ulman, who said this is part of the county’s goal to work toward recycling all the trash out of residents’ homes.

Currently, the county ships its food scraps and yard trim—the main ingredients in compost—to Delaware. However this new facility allows the county to process the organic material locally, which eventually turns the house and yard waste into nutrient-rich compost used for farming and gardening.

The facility is capable of handling about 2,500 tons of organic material per year, according to Jeffrey Dannis, operations chief for the county’s bureau of environmental services.

The program works in conjuction with residents, according to Jim Irvin, director of public works. First, residents place food scraps and other organic materials into a green bin, which they leave outside their house along with recyclables to be picked up. That material is then transported to the landifill where a large shredder tears it into mulch-like pieces. Piles of this organic mulch is left on ashpalt to decompose over time, covered with a large tarp. After about 45 days the mulch turns into compost soil, which is later sold to the public.

“When sent to a landfill or incinerator, compostable materials—banana peels, broccoli stalks, potato peels, apple cores and other leftover food scraps are a liability,” said Brenda Platt, co-director of the Institute for Self Reliance. “But when composted, they are a valuable asset.”

Platt described compost as “black gold” and that it is a valuable soil conditioner that improves plant growth, prevents soil erosion and reduces reliance on fertilizer.

The Alpha Ridge facilty cost $800,000 to construct, according to a county statement. It will cost $38.50 per ton to process food scraps and yard trim at Alpha Ridge, selling the end-product, compared to $41.50 to transport trash out-of-state, according to the statement. 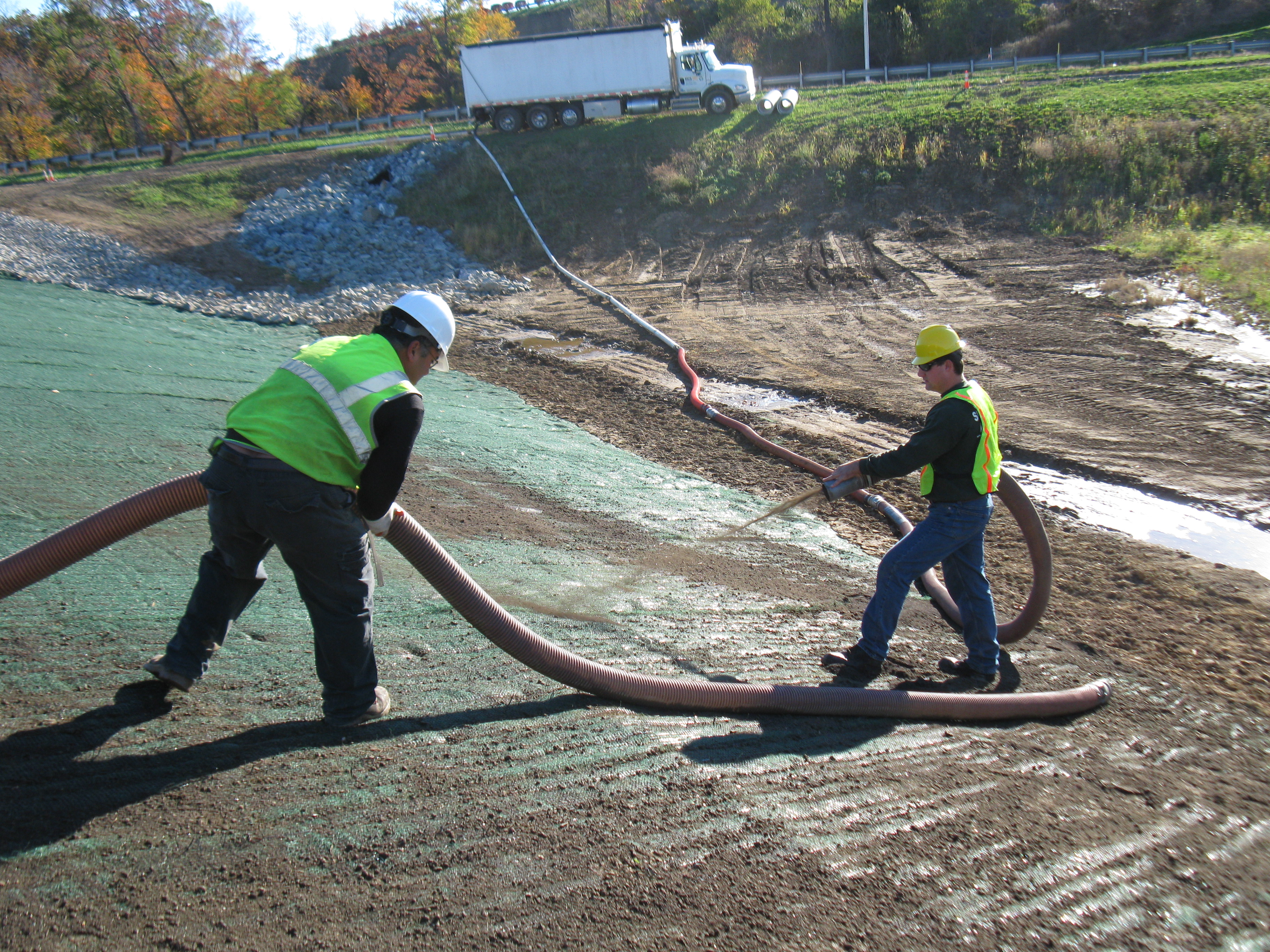