The legislative session is over and the bill was tabled, so New Mexico will be better known for its Energy Transition Act (and its liabilities) for now. But the community solar language that passed the state House in February could set a new standard for community solar program design.

The amended bill includes several notable best practices gleaned from other community solar programs. The biggest is the best, modeled after the nation-leading program in Minnesota––no cap. With projects allowed to be up to 10 megawatts (sufficient to serve nearly 2000 homes) and no cap, an approved New Mexico community solar program could quickly become one of the larger ones.

The bill also focuses on participation in two ways: for residential customers and low-income customers. In addition to limits on one subscriber controlling most of a project, the bill also caps the percent of a project’s energy that can serve customers with large subscriptions (25 kilowatts or more), effectively reserving space for residential subscribers in each project. Additionally, the program offers several strategies for including more low-income participation:

Curious about the challenges of doing community solar in a state without supportive policy? Listen to a podcast interview with Peter Hansel about a solar project on a local co-op in New Hampshire, or the struggle of a municipal utility in Minnesota to add community solar when their wholesale energy provider doesn’t think it fits in the contract.

Three Out of Four Stars

How well does the New Mexico bill align with the four principles for community renewable energy? As we often say in Minnesota, “not too bad.”

The bill credits provide a tangible, financial benefit for participants, although a key question is whether the credit is worthwhile when it is computed by, “deducting the qualifying utility’s distribution cost component from its total aggregate retail rate.” How much less than the retail energy rate would this be, and how would that compare to the benefit for a customer who has the wherewithal to receive net metering credits on a rooftop solar installation? Prior to amendments, the bill had a variety of bill credit boosters modeled on value of solar policies, including payments for renewable energy credits, energy, capacity, and line losses.

The bill would definitely increase renewable energy deployment, without any program cap and allowing project sizes up to 10 megawatts.

The key missing element is how most low-income residents, who often have poor or no credit, would pay for a subscription. Only a small proportion of eligible customers receive energy assistance funds, so while tapping this pot of money is important, it’s also insufficient.

Overall, New Mexico’s proposed program makes improvements over some of the best programs in the country, including Minnesota. Here’s hoping the New Mexico legislature sees it through in 2020!

For more on low-income access to solar and community solar, check out the The Low-Income Solar Policy Guide. For more on overcoming the obstacles to community solar generally, see ILSR’s 2016 report, Beyond Sharing.

This article originally posted at ilsr.org. For timely updates, follow John Farrell or Marie Donahue on Twitter, our energy work on Facebook, or sign up to get the Energy Democracy weekly update. Also check out over 70 episodes of the Local Energy Rules podcast! 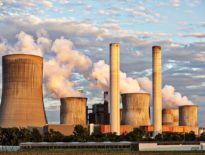 Building Local Power Energy Monopolies: The Dark Side of the Electricit…
Sign Up For Energy Democracy News