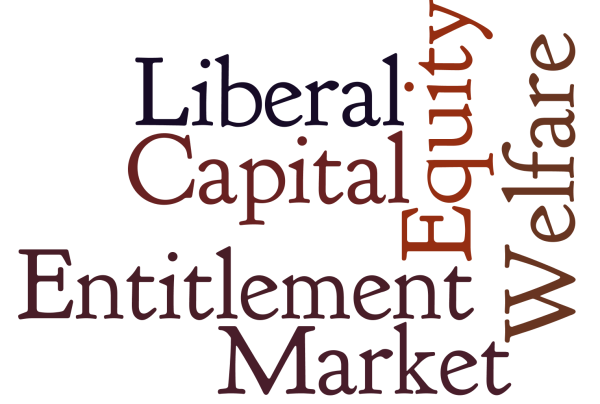 “Sticks and stones can break my bones but words can never harm me.” A fine sentiment, but any child subjected to cyber bullying knows that words do indeed matter.

In politics too words matter, and in politics too language evolves. In the last 50 years we have witnessed a politically motivated sea change in the meaning of old words and the introduction of new words, all intended to undermine our sense of compassion.

The prime example is how we’ve changed the meaning of the word “liberal”. For almost 700 years the word meant generous, selfless, noble, tolerant. When the word began to describe a political philosophy it mostly retained its original meaning.  According to the Oxford English Dictionary, aside from being “broadminded” a liberal is someone “favoring political reform tending toward democracy and personal freedom for the individual.”

And then the 1960s happened. The Great Society, and civil rights legislation, spawned a change in the definition of liberal. We began to hear the phrase “bleeding heart liberal” to describe someone excessively softhearted.

The miracle of Google’s ngram allows us to trace the popularity of words and phrases in million of books. As we can see, “bleeding heart liberal” comes of age in the 1960s.

Within 20 years the word “liberal” had been demonized. Long time Chicago based columnist Mike Royko wondered why the term had become so negative if the major criticism of it was that a liberal was too compassionate. He thought the reason was racism. “So I learned that in Chicago, as in many parts of the South and other big cities, the word liberal has one basic, simple definition. It’s just another word for ‘nigger lover’”, Royko concluded.

In his Acceptance Speech of the New York Liberal Party Nomination in September 1960 John F. Kennedy proudly declared himself a liberal and defended the word against criticism, “…if by a “Liberal” they mean someone who … cares about the welfare of the people — their health, their housing, their schools, their jobs, their civil rights, and their civil liberties– then I’m proud to say I’m a ‘Liberal.’” For many, JFK’s definition suggested a government aggressively overruling local sentiments to force states and communities to allow blacks to vote unimpeded and integrate them into neighborhood schools and jobs and the general society. The South especially but not solely rejected both the policies and the word.

The assault on the word “liberal” hit its peak in 1988 during the Dukakis-Bush Presidential campaigns. Coming out of the Democratic convention in late August Michael Dukakis was 10-15 points ahead in the polls. An aggressive campaign orchestrated by Lee Atwater and Roger Ailes attacked Dukakis as a “card carrying liberal”, evoking language used by Senator McCarthy in his attacks on leftists as Communists. A highlight of the campaign was a series of ads about Willie Horton, a black man who while on furlough under a program begun when Dukakis was Governor of Massachusetts had raped and killed a white woman.

The strategy paid off. Late in the Dukakis campaign Royko reflected, “Republicans have used (the word liberal) like cops beating a confession out of a suspect. Admit it, Mike Dukakis, you are guilty of being a liberal. Confess, confess.” And noted, “Dukakis, who started in the primaries saying he was a liberal, now grimaces when he hears it and says he’s not a complete liberal after all.”

By the 1990s the word “liberal” had almost become radioactive. A famous 1996 GOPAC memo titled, Language: A Key Mechanism of Control offered election campaign advice from Newt Gingrich to Republican candidates. The memo helpfully listed dozens of words candidates should use to promote themselves and denounce their opponents. On the negative list was the liberal along with words like “intolerant”, “traitors” and “corrupt.”

For many of the same reasons the term liberal, once so positive became so negative, the word “welfare once so positive it was included in the preamble to the U.S. Constitution became a blasphemy.

When FDR promoted the idea that we must collectively accept responsibility for helping those in need the term “welfare” had admirable connotations. Tellingly, the first federal welfare program, Aid to Dependent Children, was part of the aptly named Social Security Act of 1935. But welfare was done in by one of the same forces that did in liberal: racism. In the 1960s many came to view welfare largely as an African- American phenomenon. They were helped along in this misconception by a media that dramatically overrepresented the number of blacks among the poor, especially in stories involving welfare cheating.

Indeed the racially-tinged term “welfare fraud” was introduced in the late 1950s and by the late 1970s its use became commonplace in the political arena.

Under President Reagan, who famously campaigned against “welfare queens”, the federal government financially penalized states that gave welfare to ineligible families. As if to underline the objective of the initiative, no financial penalties were imposed on states that did not offer assistance to eligible families!

By the 1990s Bill Clinton was reelected on his promise to “end welfare as we know it”. Which he did. The difference in the names of the 1935 law creating a federal commitment to the poor and the 1996 law that all but ended it reflected our new more tightfisted values. The 1935 Social Security Act gave way to the 1996 Personal Responsibility and Work Opportunity Reconciliation Act.

The word welfare, like the word liberal, had become lethal. A 2006 poll by the National Opinion Research Center reveals how much words matter. More than 65 percent of those surveyed thought government spends “too little” on “assistance to the poor.” But when the phrase “assistance to the poor” was replaced with “welfare” only 20 percent thought the government spent “too little” while 46 percent said it spent “too much.”

In the last generation old words took on new meanings when politicians tied them to race. And new words were introduced that widened the miserly lens to take into account wide swaths of the population.

One of them was the word “entitlement”. The word “entitle” had been in the vocabulary for hundreds of years. But “entitlement” was coined very recently and almost from the beginning was reserved for describing federal programs and had a negative connotation.

Mark Liberman writes that the earliest cluster of uses of the word entitlement was associated with post- WWII veterans’ benefits, as in this 1947 Popular Mechanics ad about the GI Act: “Don’t risk losing your veterans entitlement.” He adds, “But this seems to be the last as well as the first context where entitlement is commonly used in a positive or even neutral way.” Very quickly entitlement changed from a legitimate claim to an illegitimate claim.

At first the word was associated largely with federal programs like food stamps that people qualify for without first paying into. But eventually it came to encompass all federal programs that guarantee a benefit to specific groups, even previously sacrosanct programs like Social Security and Medicare for which eventual recipients pay for through taxes.

Soon politicians conflated entitlements with welfare. In the 2012 election this became explicit. The Washington Post reported, “Milt Romney framed the 2012 presidential election…as a choice between an ‘entitlement society’ dependent on government welfare and an ‘opportunity society’ that enables businesses to flourish.” Romney added, “Even if we could afford the ever-expanding payments of an entitlement society, it is a fundamental corruption of the American spirit.”

It is instructive that the word “entitlement” is AWOL for federal programs that help the rich rather than the needy. The Earned Income Tax Credit program, which provides a refundable tax credit for workers earning below a certain level is often called an entitlement. But capital gains tax rates that are less than half those imposed on labor are never described as an entitlement even when the Washington Post reports, The 400 richest taxpayers in 2008 counted 60 percent of their income in the form of capital gains and 8 percent from salary and wages. The rest of the country reported 5 percent in capital gains and 72 percent in salary.”

Military spending also is immune from the language of entitlement. But as a Virginia-based defense analyst using the pen name Werther explains.

“$550 billion, give or take, is what is required simply to sustain it in garrison and have the Blue Angels perform the requisite number of air shows during a year. Should we ask it to do anything, even merely adjust its normal deployment schedules to sail down to Haiti and deliver supplies, that costs a billion or two extra. Actual wars, needless to say, cost hundreds of billions extra. Imagine a fire department that charges residents a premium every time its fire engines leave the station house, and you have understood the U.S. military”

The $550 billion is the military’s entitlement. Anything they actually do to protect the country costs extra.

The rise to prominence of the new increasingly negative word “entitlement” has been accompanied by the changed meaning of the old word “equity.”

Six hundred years ago equity meant fairness. Equity courts in England were intended to infuse a sense of conscience into the proceedings.

But in the last generation the other secondary definition of equity as property has become so dominant as to virtually eliminate its original meaning. Indeed, its use has now spread to sectors that have not used the term before. Non-profit organizations are increasingly substituting the word equity for equality or justice.

A 2013 report by the W.K. Kellogg Foundation for example, is titled, “The Business Case for Racial Equity.” A major source of good socially oriented ideas, Policy Link observes, “As the country witnesses the emergence of a new racial and ethnic majority, equity—long a matter of social justice and morality—is now also an economic imperative.” And adds, “An equity-driven growth model would grow new jobs and bolster long-term competitiveness while at the same time ensuring that all—especially low-income people and people of color—have the opportunity to benefit from and co-create that growth. “

Other new terms emphasize the new commerce-based way of thinking that now dominates policymaking. Consider the term “human capital” which again was first used in the 1960s.

Or the even more widely used term “market-based

Words matter. Language evolves as societies values change. Today our language tells us that we are human capital, that policies must be market-based, that welfare is an expletive, that no one is entitled to anything and that liberal means profligate and intolerant. No wonder it is so hard to have a conversation that speaks to the social, empathetic and altruistic side of human nature.

Conservatives Have Hijacked Our Language 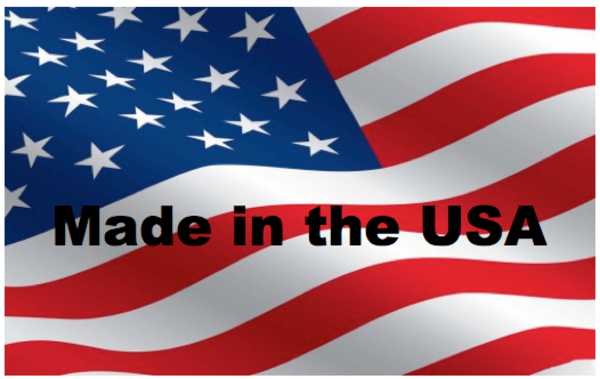 From the Desk of David Morris Buy America? Of Course. But You Can Do Even Better… 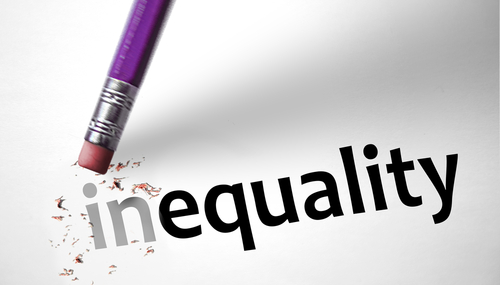