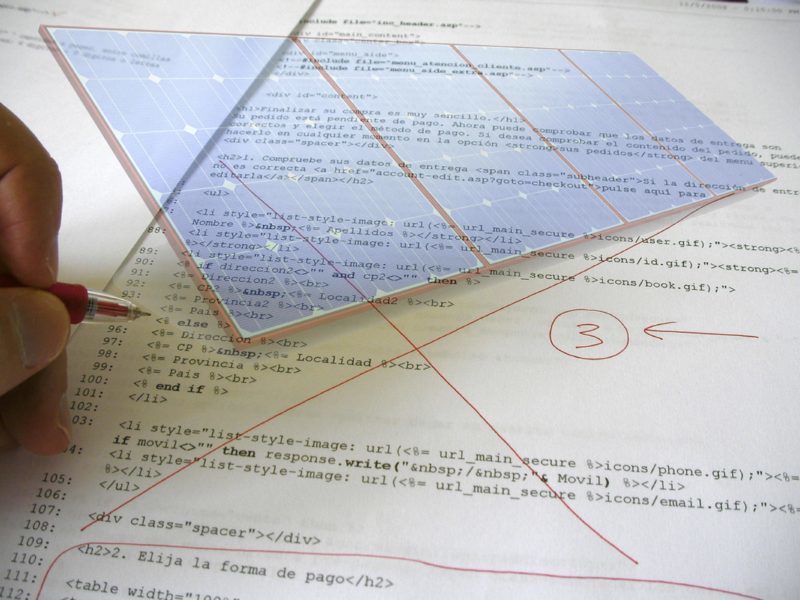 Below, we share some comments we filed last week on the 2018 value of solar calculation by Xcel Energy, offering some context for how this calculation works and what factors matter most. But first, some background.

The Value of Solar

The value of solar concept was created by legislation in 2013, with an order to the Commission to create a universal and transparent methodology for utilities to fill in the numbers. Below, we show the components of the value of solar and the resulting values for one utility, Xcel Energy, over time.

The first thing to note is that the value hasn’t changed much over time, with consistent components other than avoided distribution capacity. This value, removed after the first year, is appropriately back with more nuance in the 2018 edition, being calculated over 9 distinct planning areas (more on that later).

The two other values that have changed over time are the environmental values (including criteria pollutants and carbon dioxide) and avoided fuel costs. Environmental costs are changing in two ways: first, the Public Utilities Commission recently updated and increased the externality cost of a number of criteria pollutants. The last bar in the chart reflects the update to the NOx value, as distinct from 2018 v2. The second element is how much natural gas fuel use is avoided, as that’s the fuel on the margin. This gets into a wonky calculation called heat rate (the amount of fuel required to generate a kilowatt-hour of electricity from a gas power plant). Our comments address the proposed change from the 2018 v1 to 2018 v2 edition calculation.

The other significant change is in avoided fuel costs, and the falling value in 2018 simply reflects the falling cost of gas due to market conditions.

As it stands, the value of solar is relatively close to the retail electricity rate for residential customers of Xcel Energy in Minnesota. However, in this particular regulatory proceeding, there’s the confounding factor that value of solar will be used for community solar projects, only, which have unique costs (e.g. subscriber management, customer acquisition). Previously, the Commission has provided adders to make projects financeable when the default compensation rate (the net metering rate) was insufficient. It remains to be seen if they’ll do so again.

For environmental values we addressed two issues. First, to use the updated externality costs for NOx that are now available from the Commission, to reflect the actual cost to society of avoiding NOx pollution from burning gas at power plants. We also asked the Commission to use its externality values reflecting the urban customer base of Xcel Energy, rather than suburban or exurban. Below is the actual text of our comments:

As highlighted in comments from Xcel Energy filed January 4, 2018, the 2018 vintage value of solar should include the updated externality values for NOx. Additionally, given the vast majority of Xcel’s Minnesota customers live in urban areas, the urban values–and not the urban fringe–are most appropriate metric for the societal impact of pollution.

We also addressed the heat rate calculations Xcel offered, because the result in a dramatically different value for solar. Xcel says that they are reverting back to a calculation they first used in 2014, based on the blend of gas plants (combined cycle, CC, or combustion turbine, CT) in operation at solar-producing times. However, their calculations are inconsistent, and crucial documentation of their method is missing:

Xcel’s heat rate calculations are confusingly inconsistent. Xcel first filed a revised heat rate of 8,755 for the 2018 vintage value of solar rate, down from 9,158 in 2017. In their revised 2018 filing, calculations using a CC/CT “blend approach” from 2014 returned a solar-weighted heat rate of 7,482. According to Xcel, this calculation for 2016 and 2017 was done with a six-year average of the solar-weighted heat rate (IR 11). The original 2018 solar-weighted heat rate was done with a single year forecast (and resulted in a small decrease. In the response to IR 11, Xcel says they “believes the solar heat rate in 2018 should have utilized the same CC/CT blend approach” as reported in 2014. The response references a CC/CT blend approach allegedly filed in 2014 (we were unable to find the document the Company references: DOC IR No. 19, Attachment H, and submitted on May 16, 2014 in Docket No. E002/M-13-867).

Given the substantial impact on the value of solar, we would like to know more about the heat rate methodology employed.

The utility also changed its method for calculating the avoided fuel cost. While we agree that it should reflect market prices, it is unclear if the utility is using a consistent (or legally required) methodology. Our comment:

We would similarly like more information about Xcel’s natural gas fuel cost projections. While the overall forecast aligns with futures markets, we were unclear if they are precisely following the methodology outlined in the 2014 VOS order, shown below:

The final focus of our comments was on the avoided distribution capacity provided by solar. This is a calculation meant to represent how solar allows a utility to avoid upgrading lines and substations in local neighborhoods because of solar’s overlap with peak energy use. In this case, the utility’s filing has some wild inconsistencies from year to year in their reported distribution costs, as well as bizarrely low estimates for future distribution costs that are 40% lower than historical norms. The detailed comment follows:

In each of its value of solar filings, Xcel Energy has provided Table 14. Deferrable Distribution Capacity Costs. However, the reported figures for prior years have changed in subsequent filings. We have several questions: 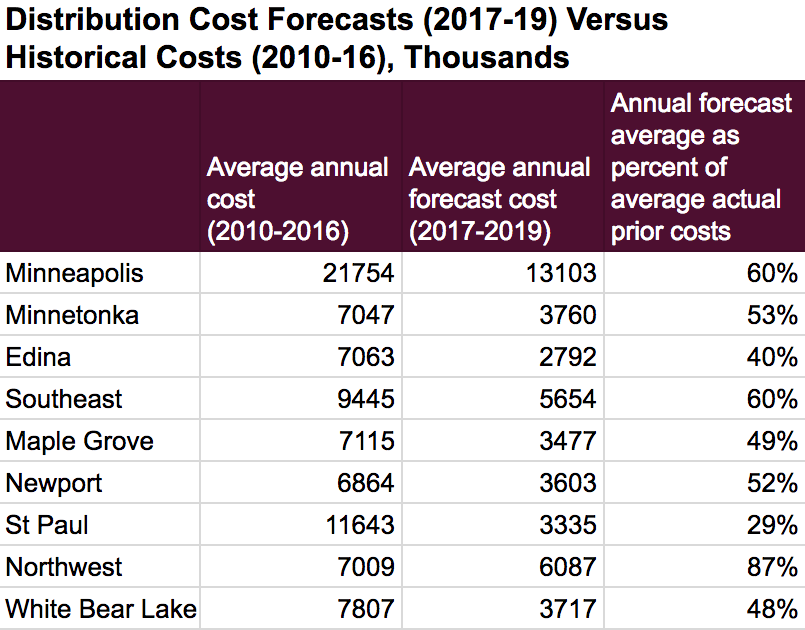 Minnesota’s policy was adopted at a crucial time for the discussion of the value of solar, when many state legislatures and regulatory commissions were debating how solar producers should be compensated. We hope it will continue to lead in providing a best practice for a transparent and thorough methodology for valuing distributed solar. We signed off as we usually do, thankful to have the opportunity for public comment, something that doesn’t always happen:

Thank you for considering our comments. We look forward to participating further in this docket, and appreciate that there has been no legislative preemption of this regulatory process.

Community Solar and Value of Solar Under Review in Minnesota 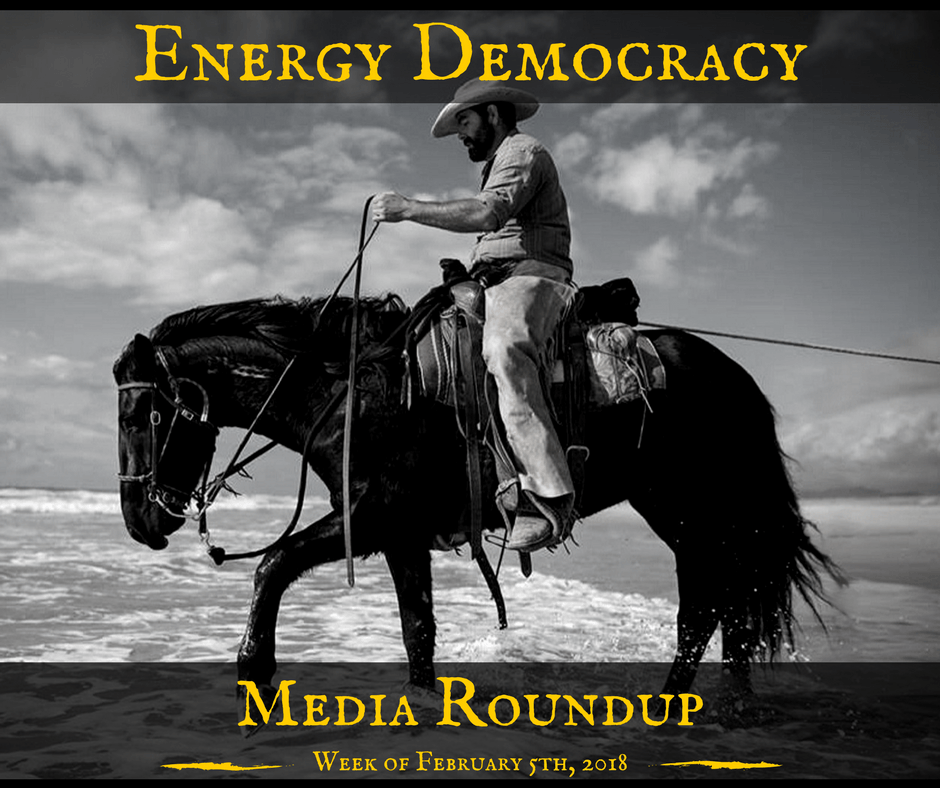 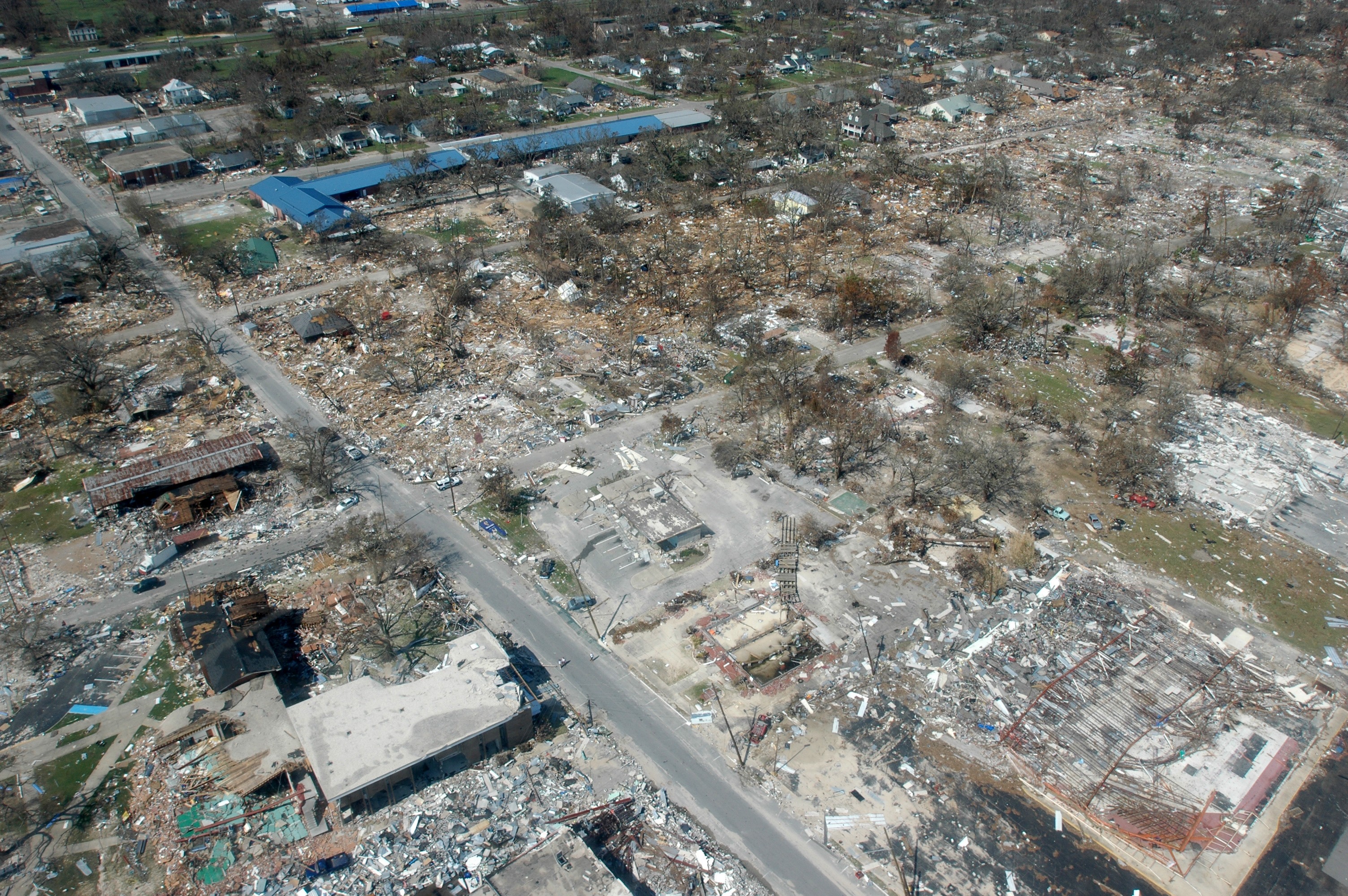