“Attorney General Cooper must not realize the irony of using state taxpayer dollars to ensure less money is invested in rural broadband, but we certainly do,” said Christopher Mitchell, the directory of Community Broadband Networks at the Minnesota-based Institute for Local Self-Reliance. “State leaders should stand up for their citizens’ interests and demand good broadband for them, rather than fighting alongside paid lobbyists to take away those opportunities.”

The group accuses telecommunications and Internet provides in North Carolina of not providing wide-spread high-speed access in the state.

“Rural areas in North Carolina already suffer from some of the slowest speeds in the nation because the big telecom giants see no financial reason to connect them,” the Institute said. “The FCC ruling will help communities that will never be covered by these corporations to finally have Internet access beyond dial-up service.”

Residents stuck with slow Internet while state fights on behalf of private ISPs.

Not too surprisingly, politicians loyal to incumbent ISPs cried foul, and immediately started working on drumming up partisan division. It’s not working: most municipal broadband networks see broad, bi-partisan community support — and most municipal networks have been built with Conservative approval in more Conservative-leaning cities and states (whether that’s Lafayette, Louisiana, or Chattanooga, Tennessee).

If [FCC Commissioner Ajit Pai’s] position prevails, [Chris] Mitchell points out, it will effectively put residents of North Carolina’s smaller cities and rural towns at the mercy of the big telecoms’ business interests, even as the Triangle positions itself as a high-tech hub.

Town [Estes Park] has lots of options: Consultant outlines ways in which residents can get high-speed connection by David Persons, The Trail-Gazette

Special Series: Who Gets The Internet? 3-Part Series by Tyler Head, wwnytv

Hartsville to take second look at broadband by Jim Faile, The Hartsville Messenger

How Digital Equity is a driving force for some gigabit cities by Michael Grass, Route Fifty

How the cable industry became a monopoly by Richard Greenfield, Fortune

Right Now In The People’s Republic Of Comcast: Fun With The Comcast Shareholders Meeting! by Philebrity.com

“Comcast has used its lobbying power to fight expanded paid sick days – but also to avoid paying property taxes in its hometown, to attempt to kill Net Neutrality, to fight municipal broadband and other competition and to try to merge with Time Warner,” said Hannah Sassaman of Media Mobilizing Project, which is coordinating the CAP Comcast Campaign; bringing dozens of organizations and thousands of people together to demand accountability from Comcast. “This shareholder resolution goes right to the heart of Comcast’s power – spending their huge profits on political influence, rather than resources for our cities and affordable, reliable communications service. Instead of pushing losing policies, Comcast should expand affordable services, stop blocking competition, and pay its fair share to Philadelphia.”

At the local level in the “laboratories of democracy,” this kind of shift —toward models for economic development that prioritize democratic cooperative and community ownership — is already well under way and picking up steam. In Mayor Bill de Blasio’s New York City, the formation of worker cooperatives in economically marginalized communities is now a funded component of his administration’s business-development strategy.  Following the example of Cleveland, cities such as New Orleans, Rochester, New York, and Jacksonville, Florida, are pushing to develop community-owned cooperative businesses as part of municipal efforts to use the procurement of large non-profits to anchor inclusive local economic planning. 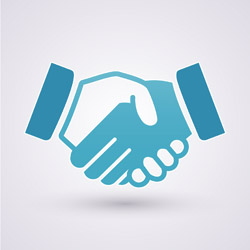