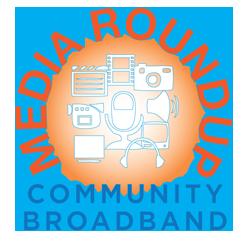 We continue to see reverberations from President Obama's speaking out in favor of municipal networks. The presidential nod sparked state lawmakers to propose bills, news organizations to write editorials, and to give communities a better sense of how they can take action locally.

As Claire Cain Miller with the New York Times wrote in her article for “The Upshot”:

“The goal is not to replace the big companies with small, locally run Internet providers. It is to give people more than one or two options for buying Internet – and spur everyone, including the incumbents, to offer more competitive service and pricing.”

Jeff Ward-Bailey reported on Obama’s interest in tech issues in the State of the Union, specifically the laws limiting local deployment of networks.

“Obama has said that he wants to end these laws, and the White House’s new broadband plan includes a program, BroadbandUSA, that will encourage communities to deploy their own high-speed networks. BroadbandUSA will offer guidance on planning, financing, and building municipal broadband networks, and even includes funding for “in-person technical assistance to communities.”

The always-worth-reading Harold Feld explained the significance of President Obama's short mention of Internet access in his address:

“Which brings me to the last point. Yes, the President is clearly signalling that Dems need to see investment in broadband infrastructure (including by local governments) and protecting the open Internet not as isolated issues or peripheral techie issues, but as part of a comprehensive plan to ensure that the United States has a robust 21st infrastructure necessary to support a prosperous nation with opportunity for all. At the same time, Republicans should stop thinking of this as “regulation of the Internet” and think of it in the same way we think of highway fund investment and maintaining public roads. This doesn’t have to be a partisan issue, and it didn’t use to be.”

Reactions from cities and news organizations around the country showed that people support the right to build networks for job creation, business development, education, and healthcare.

Alex Keefe and Lynne Mccrea with Vermont Public Radio talked to Irv Thomas with central Vermont’s ECFiber for reactions to the president’s message. More than 30 percent of Vermonters did not have access to high download speeds in 2013 – that’s one of the highest percentages of any state in the nation.

Danielle Kehl and Patrick Lucey with the Open Technology Institute wrote about the significance of Obama’s announcement for other small cities that want to restore local authority to build networks:

“The digital divide becomes even more pronounced when you compare access in urban and rural parts of America, or consider the fact that four out of five Americans who aren’t online live below the poverty line. A big part of the problem is competition: Most Americans live in areas where only a single provider offers truly high-speed connectivity (more than 25 megabits per second), and it often comes with a steep price tag.”

Some states are wasting no time moving forward with their community Internet networks. Kudos to Sen. Cory Booker of New Jersey for his proposal. The Hill’s Mario Trujillo reports:

“Booker's legislation — the Community Broadband Act — would block any state "statute, regulation, or other legal requirement" that restricts cities from providing their own Internet network. His legislation to tweak the Telecommunications Act of 1996 will be introduced Thursday.”

Booker's office framed the issue as one that could help rural and low-income communities. At least 19 states around the country have laws on the books setting limits on the creation or expansion of municipal broadband networks.

The state with some of the slowest Internet in the nation may have hope yet for high speed Internet access thanks to a huge push by state lawmakers. Maine lawmakers on both sides of the isle submitted a whopping 35 bills that could help the state make some serious moves up the list. Darren Fishell with Bangor Daily News covered the story.

“I think most people understand that in this day and age for us to be competitive, that’s one of the necessary tools,” [Rep. Norman] Higgins (a Republican) said, noting he’s found bipartisan support on the issue. “The question, I think becomes: How do we do it? And who does it?”

One of the key proposals is a change in definitions. Whit Richardson with The Kennebec Journal and Morning Sentinel writes that Maine’s broadband service authority is raising the standard of broadband from 1.5 Mbps to download and upload speeds of at least 10 Mbps. Currently just 20 percent of households there have access to those speeds. The new standard would mean about 80 percent of the state’s communities (up from just 5 percent) would be eligible for ConnectME funding and it be the most aggressive state in terms of requiring fast upload speeds - a boon to small businesses and people who work remotely.

But Broadband DSL Reports’ Karl Bode reports that the state may find they want to raise that bar even higher in coming months. He reports on Netflix CEO’s push for making 25 Mbps download the “new baseline.”

Another Minnesota broadband effort is nearing its financial goals. The Belle Plaine Herald report that RS Fiber’s 10 member cities re-committed to the fiber project this week. Backers are seeking another level of commitment before moving ahead with the sale of bonds in March. The first phase of building for the project is expected to begin in 2016.

“The impact of introducing fiber to this burgeoning district cannot be overstated,” according to OneCommunity CEO Lev Gonick. “Hospitals, industry and businesses of all sizes, regardless of their scope will benefit from the network. We are proud to be part of this major leap into the future as outlined by the West 25th Street Corridor Initiative.”

In Utah, UTOPIA is reaching a settlement that gives hope to the struggling network. Antone Clark with the Standard Examiner reported the good news for network, which had been running at a loss for several years.

“Even as we speak, our revenue picture is frankly outstanding,” Paul Isaac, acting director of UTOPIA, told the Standard-Examiner recently when pressed on the operational status of the network as it heads into the 2015 year.”

Just “down the road” in San Francisco, you can access high speed Internet from all city parks, and many businesses.  Josh Harkinson with Motherboard reported on how the telecom industry has developed such a successful obstacle course for communities:

“Like many cities, San Francisco already has a robust fiber network in place to serve government offices.  [Ron Vinson, the city's chief marketing officer] believes that the $1.7 million that the city has spent to outfit its network with public wifi (not including a $600,000 grant from Google) is totally worth it. "There's absolutely no downside being able to provide access to the internet, whether you are parking your car or waiting for a MUNI bus," he says. "It's one of those fundamental things. We fill potholes, we clean the streets, and yes, now we provide wifi. And our citizens expect that."

Seattleites hopes for a city-owned network were rekindled this week! KING5 News reported on a new group forming that will push for affordable Internet access across the city. If the group is successful, Seattle would be the largest city in the United States with a municipal network.

Despite the positive news from the White House, another state— Missouri— will consider a bill that creates barriers for community broadband. Rep. Rocky Miller introduced the bill, Sean Buckley with Fierce Telecom.

"Miller's bill includes a provision that would require a town or city to make a majority vote to offer a "competitive service." If residents voted to build a community network, the municipality would not be able to use the revenue from other services like water and sewer to pay for the buildout of the network and services, which would create a challenge in being able to pay for the initial construction costs to extend services to homes and businesses."

Kansas City, Missouri, is concerned how the proposed legislation would stifle the torrent of tech startups and economic development activities that are tied to faster speeds.

"[Communications litigation expert Robert] Cooper said that state laws that restrict municipal broadband deployment are "antithetical to those FCC mandates because they enshrine barriers to investment by local governments." There is "ample" evidence that advanced broadband capability is not being deployed in a reasonable and timely fashion."