This commentary by Neil Seldman was originally posted on Waste360.com on Apr 08, 2021

Stagnant for 15 years and punched in the gut by China’s decision to stop importing any recycled materials from the US at the end of 2017, recycling rates have fallen for three years.

Across the U.S., programs were cancelled and recycled materials sent to landfills and incinerators. The national recycling rate fell from 35% to 32%. In California, the country’s leading recycling state, rates fell from 50% in 2014 to 37% in 2019 as bottle bill redemption collapsed and investment in the state’s unique network of industrial parks for recycling companies, the 40 rural and urban Recycling Market Development Zones (RMDZ), declined.

“California and the rest of the country focused on diversion, not end-use capacity, ” stated Steve Lautze, former administrator of the Alameda County (Oakland) RMDZ.

The message from the media was, Recycling has failed; it is pointless, not necessary. Recycling is dead!

Not so, says Mary Lou Van Deventer, recycling entrepreneur and principal of Urban Ore, an iconic materials recycling company, grown from the face of the Berkeley landfill to a three-acre facility. “Recycling did not fail. It was the Rube Goldberg system imposed on grassroots recycling by the consolidated waste industry that failed. It needed an artificial market like China to survive which proved unsustainable.”

Recycling has had to jump through many hoops and has had many hills to climb. Single-stream recycling cross contaminates materials that are mixed and crushed together compared to the low contamination rates of its predecessor – dual or multi-stream collection which keeps paper materials separate. Single-stream collection requires cities to send their materials long distances where processing systems are incapable of revering glass and other materials for industry. Massive investment in these facilities drives up the cost of recycling, which has gone from $55 per ton to $140 per ton. Vast 3,000-ton per day garbage incinerators have contracts for minimum amounts that must be delivered for incineration.

Thanks to long-term market contracts with minimum floor prices for materials, Tulsa, Okla. was assured it would sell its recyclables at a good price point. In Steamboat Springs, Colo., Revolutionary Recycling operates a mini-materials recovery facility that provides efficient cost effective services to the metropolitan. Des Moines, Iowa is taking direct charge of its processing and marketing of materials. Alachua County, Fla. has taken control of its MRF as part of its planned industrial park for recycling industries. The county plans to be the first and only jurisdiction in Florida to reach the 75% recycling goal without incineration.

Ann Arbor, Mich. contracted with the Ann Arbor Ecology Center; a community based social enterprise, for recycling services as in St Paul and Minneapolis, Berkeley, Calif. and Boulder, Colo. The city of Pawtucket, Rhode Island is reducing its waste stream by coordinating efforts with local civic groups is to make it easier for residents to recycle or donate items that could otherwise go to landfills, items like mattresses, box springs, electronics, air conditioners, televisions, and even clothing, among other bulky discards. Numerous cities are reverting to dual stream recycling to improve the quality of their materials for markets and to avoid the rising cost of single-stream processing.

Replenysh, Inc. a thriving software company based in Orange, Calif. connects municipal recyclers directly to markets and high-quality processing firms.  RoadRunner, based in Pittsburgh, provides these same benefits to its small business clients.

Austin, Texas is perhaps the poster child for recycling and jobs creation. After 10 years of implementing a Zero Waste Plan, a recent economic impact report documented that recycling stimulated more than $1.1 billion in total economic activity and approximately 6,300 permanent jobs.

Revolutionary Recovery, a construction and demolition (C&D) recycling company started in 2006 with one crew, now has 300 workers and three sites in the Philadelphia-Wilmington area. It processes 400,000 tons of aggregate, stone, wood, and plastic materials annually and serves processors within 900 miles that employ 2,300 workers.

PureTech, is opening a polypropylene processing plant in southern Ohio that will serve the entire southern Appalachian Region. Recycled film plastic processing capacity is expanding in the same region.

Second Chance, a building deconstruction social enterprise has expanded from 6 workers in 2003 to 170 workers today. New employees are recruited from hard-to-employ residents and trained for good jobs with health benefits.

With the growing emphasis on the “right-to-repair” laws requiring that original equipment manufacturers provide manuals and tools for tractor, auto and computer/tablet repair, thousands of new workers are being trained.

ERI, an electronic scrap-recycling firm started in 2005, which emphasizes the repair and resale of refurbished machines, has grown from one facility in Fresno to eight plants across the US with 2,000 employees. ERI has a closed loop program that returns recycled plastic to the supply chains of office equipment manufacturers to put back in new products. The company has the capacity to handle one billion pounds annually. All products and recycled materials are sold in the US.

Used goods are available at thrift stores in every corner of the U.S. repair workshops run by Saint Vincent De Paul on the West Coast and their ally, Cascade Alliance, have replicated these social enterprises on the East Coast and Mid West, creating hundreds of jobs in retail and trucking. ReStores, created by Habitat for Humanity, proliferate across the country.

“The growth of reuse enterprises is important to local governments,” points out Dan Knapp of Urban Ore, a company with 40 employees that handles about 8,000 tons of materials annually. “Reuse businesses pay sales tax, recycling does not. Urban Ore pays $250,000 annually in sales tax.”

New laws, such as minimum content laws that require the use of secondary materials in a product and bans on single-use plastic food ware have catalyzed new enterprise. New companies, for example, offer zero-waste takeout ware, which can be washed on site or at home for reuse, for cities that impose bans on single use plastic.

U.S. recycled paper manufacturing capacity has built no fewer than 20 new mills plus expansion mills scheduled to be online by 2022. Ironically, Chinese companies are among the leading investors in U.S. paper mills. Their goal is to obtain clean, “furnace ready” materials to send to their companies in the homeland.

New investment in plastic recycling is following apace. Companies that were formerly baling and shipping plastic to China now pelletize it and sell the value-added material in the U.S. and overseas. At least 20 new firms focus on production from all grades of recycled plastic. They are in direct competition with Dow Chemical and Monsanto, which propose a series of plastic incinerators for every city in the country.

Urban Ore negotiated a service fee with the City of Berkley, Calif. For every ton of material the company pulls out of the waste stream at the transfer station, the company earns $46, which is what the landfill fee would be. Fortune 500 companies and their sponsored recycling investment agencies now readily agree that a circular economy needs such fees, surcharges and taxes on packaging. These companies have pledged to have zero-waste packaging (compostable, recyclable, reusable) by 2030. A pledge secured by the voting power and purchasing power of citizens and consumers. The results can be seen on the TV ads promising to fulfill these promises, which in some cases that are 30 years old. 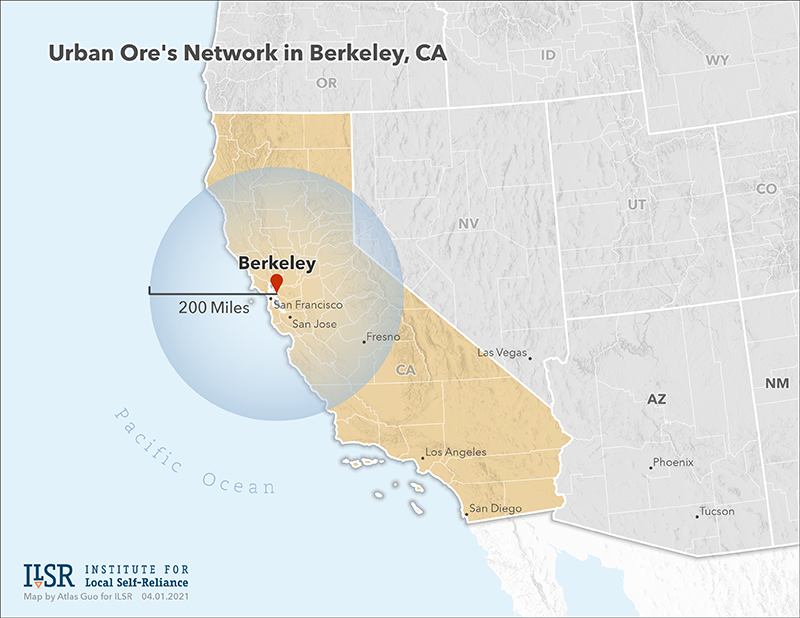 Since the turmoil in U.S. recycling caused by the ban on importing our contaminated materials by China and other Asian nations, our cities have responded by asserting more control over the recycling process with the goal of reducing costs and adding value to the local economy.

The ReUse Corridor, galvanized by Rural Action in Athens, Ohio is a network of communities, businesses, anchor institutions, and government economic development agencies building a vibrant economic model based on regional cooperation among reuse, recycling, and composting stakeholders in Ohio, Kentucky and West Virginia. The network aggregates materials that are shipped to local processers and end-users for a wide array of uses. The development includes new companies, such as PureCycle, which is building a polypropylene polarization plant in southern Ohio thus establishing a permanent market for its materials through the ReUse Corridor. The initiative has already diverted 43,000 tons from wasting and in the process trained over 1200 workers and spurred the creation of 50 new business

California created the most comprehensive recycling economic development program by establishing industrial parks reserved for recycling, reuse, and composting businesses, which have access to low-interest loans, tax abatement and technical assistance. Austin, Texas and Alachua County are developing similar industrial parks without state support. Colorado and Michigan introduced the NextCycle program, which coordinates private, government and community sector investment in recycling and end-use capacity. Kerrin O’Brien, Michigan Recycling Association, which is a partner in the Michigan program says the program is like ‘recycling on steroids.” The goal is to strengthen existing recycling companies and attract new ones by leveraging incentives and technical assistance. Washington State will expand its recycling market development under new legislation.

The U.S. recycling rate is falling. The U.S. composting rate is increasing. Compostable materials (food discards, yard debris and soiled paper) amount to an estimated 40% of the waste stream. There are year-round local markets for finished compost, mulch and specialty products such as vermicompost and compost teas. In the Mid-Atlantic Region Washington, D.C., Montgomery County and Baltimore, Md., population base do 2.2 million citizens demanded and got comprehensive composting plans. Baltimore and Washington, D.C. have already started their household programs. A household that composts in its backyard can reduce its waste generation by 15%. Nearby Howard and Prince Gorge’s, Md. have already built their own compost facilities. A major anaerobic digestion plant is opening in the region that will establish an end market for the region. 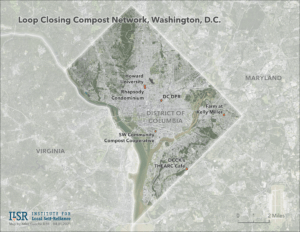 Unit pricing for garbage collection systems, or Pay As You Throw, provide economic incentives to increase participation in recycling and composting. Cities have used unit pricing to reduce the per capita waste generation to less than one pound per day. The national average generation is 3 pounds per day; 4.5 pounds of waste minus 1.5 pounds of recycled and composted materials.

These innovations added to the firm base that recycling holds in the hearts and minds of the public. Citizens are using their voting power and purchasing power to demand the proper solution to discarded materials management. That is, zero waste or darn close to it. Nothing less will suffice if we want a productive industrial economy in the years ahead. We can achieve this by re localizing the recycling system in the U.S.

These policy initiatives represent the seeds of a new recycling and wasting epoch. Bigger is not better as we learn from these examples about the economic and social power of small economies of scale, local ecologies of commerce, linked through sustainable and cost effective supply chains of secondary materials going to industry and agriculture, then returned to industry through reverse channels of distribution, from consumers to manufacturers.

Commentary from Neil Seldman in Waste360: “U.S. Recycling: The Comeback is Better than Ever” 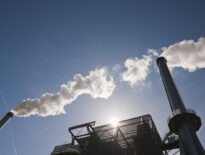 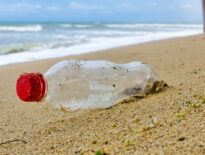