While its network continues to offer last generation speeds at high prices and their customer service reps go viral harassing customers who try to leave their grasp, Comcast executives have decided it is time to invest hundreds of millions of dollars to upgrade… their theme parks. That’s right, as they shift call centers to the Philippines to save money, they are reinvesting it into roller coasters.

Having acquired Universal Orlando Resorts as part of their 2011 merger with NBC Universal, Comcast has decided to step outside its core business of providing Internet access, cable TV, and phone service in noncompetitive markets. According to a March CED Magazine article, Comcast plans to invest hundreds of millions in theme parks in both Florida and California in an effort to challenge Disney’s traditional dominance of the field. Attractions in Orlando will include an 1,800 room beach resort and a new Harry Potter ride.

This investment in rides occurs against the backdrop of falling infrastructure investment in the broadband industry, despite rapidly increasing bandwidth demands and claims by ISPs that services such as Netflix are straining their networks and must pay extra for “fast lane” service.

It is possible to imagine a world in which broadband markets are sufficiently competitive to force Comcast, CenturyLink and other incumbents to invest sufficiently in building out and upgrading their networks, delivering better service to their customers. But in our world, Comcast can spend the comparatively small sum of $18.8 million on lobbying (in 2013 according to OpenSecrets.org), becoming the seventh biggest campaign contributor in the nation and pushing legislation like the recent Blackburn amendment that eliminates potential public sector competitors.

Comcasts Invests in Theme Parks Rather than Better Broadband 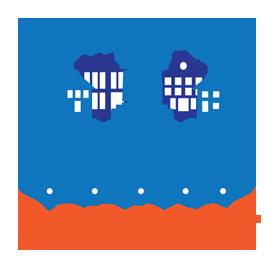