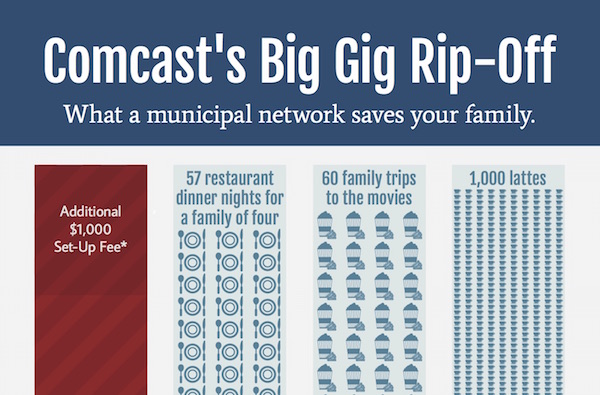 For some five years now, many have been talking about gigabit Internet access speeds. After arguing for years that no one needed higher capacity connections, Comcast has finally unveiled its new fiber optic option. And as Tech Dirt notes, it is marketed as being twice as fast but costs 4x as much (even more in the first year!).

We decided to compare the Comcast offering to muni fiber gigabit options.

For more information on the great offer from Sandy, see the video we just released about their approach.