Xcel Energy’s announcement that the Sherburne County Generating Station (Sherco) in Becker, Minn. will close by 2030 did not come as a surprise, but for local residents, the uncertainty of the city’s economic future has become a pervasive issue. Sherco is one of the largest coal-powered generating stations in the state, with three boilers and a total capacity of 2,238 megawatts. The Sherco power plant provides 300 jobs and 75% of the small city’s tax base. Xcel Energy plans to replace two of the coal boilers with a 786 megawatt gas plant that will provide roughly 30 permanent jobs. Environmentally, the closure of coal plants drastically reduces carbon emissions and air pollution (but the addition of a gas plant at Sherco is questionable). Economically, Becker and many cities like it are left scrambling, looking for alternative forms of employment and tax revenue.

As gas dethrones coal generation as the ruler of the U.S. power sector, the cost of running coal power plants becomes economically uncompetitive. Eventually, gas may be surpassed by renewable energy, with solar and wind expected to be the fastest growing source of electricity generation for the next two years. For communities that rely on coal plants for tax revenue and jobs, the early closure of these plants spells trouble even as it reduces pollution and saves electric customers money. The transition away from fossil fuels provides new economic opportunities, but the question becomes whether these clean energy opportunities can replace lost income and tax revenue from coal generation plants.

Despite the news about the Sherco plant, Becker city officials remain hopeful for new economic opportunities that may come from the plant closure. Becker has attracted the attention of Google, which is looking to build a $600 million data center next to Sherco, potentially generating 2,000 short-term construction jobs and 50 permanent jobs. The data center would be powered by two wind power projects. While the Google project is still up in the air, Northern Metal Recycling is already moving to build a metal recycling plant next to Sherco, with the potential to create about 150 jobs in Becker. The possibility of new jobs, new people, and new tax revenue excites residents, and for now, these new developments do not completely replace all the jobs and tax revenue lost from the closure of Sherco, but they provide some economic hope. Unfortunately, other communities across the U.S. have not been as lucky, left with little to no other options for economic revitalization after coal plant closures.

The closure of the 2,318 megawatt J.M. Stuart and Killen power plants struck deep into the heart, and pocketbook, of Adams County, Ohio. With millions of dollars in salaries and tax revenues gone, the county commission saw their budget cut by 15 percent in 2017 and 5 percent in 2018. Emergency Medical Services saw a $350,000 cut to its budget and the nearby school district now has to rely on state funding for a majority of its budget, while still grappling with an additional $4,000 cut in spending per student. As former plant workers compete for the remaining industrial jobs in the area, which often have longer commutes and lower wages, some families have decided to move away to find jobs at other power plants.

The closure of two Vistra Energy plants in Illinois (within 20 miles of each other) hit the communities of Havana and Canton especially hard. Vistra Energy was the top taxpayer in both Fulton County and Mason County, paying nearly $2 million in property taxes in 2019. Canton school district officials estimate that they will lose about $950,000 out of their budget. Beyond lost tax revenue, the two plants combined provided 135 jobs. Those who lost jobs are unsure of where to go from here, with many looking into retraining programs and some deciding to move to find a new job. The City of Havana is hoping that Vistra will support the community in either starting a new energy company or transitioning to solar. Until then, the city is prioritizing downtown revitalization.

These communities aren’t alone. At least two dozen coal plants are scheduled to retire in the next five years. Lost coal-fired power plant jobs will be partially offset by net new jobs in the gas and clean energy industries, but these new jobs aren’t in the same place. Factors such as isolation from metropolitan and global markets, level of education, number of residents with language barriers, and high rates of poverty all affect how acutely the loss of a coal power plant is felt by a community. Coal plants in remote rural communities may play an outsized role in the local economy. With a less educated workforce and less economic diversity, rural communities losing a major employer can be hit harder than urban communities. Despite the significant cost of plant decommissioning, plant closures also provide opportunities for potential economic benefits. Resources may be provided for worker retraining and economic diversification, with some communities actively engaging in the energy transition to better secure these resources.

Push for a Just Transition

In Centralia, Wash., lawmakers, environmentalists, local leaders, and the power plant owner, TransAlta, struck a one-of-a-kind deal in 2011 to prepare for the economic ripple effect of the local coal plant closure. The deal requires TransAlta to provide $55 million for economic development, energy technology and efficiency, job training programs, and severance pay, while giving the company until 2025 to shutter the plant. Like many other communities, TransAlta has played an large role in Centralia’s economy, with the community still reeling from the loss of six hundred jobs when the local coal mine shut down in 2006. The coal plant’s workforce has declined from 270 to 188 people, and its property tax contribution has fallen by $4 million since 2011. The transition period has given 40% of TransAlta’s workers the ability to reach retirement age before closure, while the remaining workers have had time to find other jobs or seek job training opportunities through the $1 million fund the company set up. Employees who stay through the closure will be given $38,000 in severance pay. While the money from the deal will not be able to cover all the city’s losses, it provides a cushion for an otherwise difficult transition.

Lawmakers in a handful of other states are pushing policies that accelerate plant closures, while also trying to ease the economic burden by providing job training and economic development assistance. Colorado legislators are pushing a bill to create a “Just Transition” office to support coal-dependent communities as power plants close, but critics point out that the bill does not set aside funding to help workers and the office would be based far from the communities that need the most help. West Virginia is working on a bipartisan bill to create a similar office.

In New Mexico, lawmakers enacted a clean energy law in 2019 that requires utilities to spend money on severance, job training, and economic development, while also giving them room to refinance debt payments and raise rates for consumers as they decommission power plants. Lawmakers also passed a law giving communities new taxing authority around retiring power plants to help recover some of the lost tax base from the coal industry. The Public Service Company of New Mexico, or PNM, has committed to spending $40 million on severance payments, job training, and economic development aid as it gears up to decommission the San Juan Generating Station in 2022. PNM also plans to install solar and a gas power plant near the old generating station.

While each state may have their own ideas for providing a just transition for the workers and communities affected by coal plant closures, the University of Massachusetts Amherst has proposed a national program for providing support to fossil-fuel dependent workers and communities. The program estimates it would cost $600 million over a 20-year transition period (compared to $360 billion total electricity sales each year) to provide retraining, relocation, income, and guaranteed pensions for workers, in addition to effective transition programs for communities.

Read John Farrell’s analysis of how we can meet our energy needs with clean energy, all while minimizing job losses across the fossil fuel industry.

Filling in the Gap

While clean energy jobs will not replace all lost coal jobs, they do create new opportunities for economic transition and for communities to expand their tax base. In 2018, there were 3.26 million clean energy jobs in the U.S., outnumbering fossil fuel jobs by nearly 3 to 1. Mean hourly wages for clean energy workers exceed national averages by 8% to 19%, paying workers at least $2 per hour more than the national average of  $23.86 per hour. The average median wage for mid-wage workers in the coal industry is $26.25 per hour, comparable to what workers in clean energy production are paid on average ($28.41 per hour).  Even though clean energy occupations have higher than average wages, they tend to have lower educational requirements, with roughly 50% of workers attaining no more than a high school diploma, but earning more than peers in other industries.

In some of the most coal heavy states, renewable energy facilities are providing job training, easing coal-dependent communities into the economic transition. In West Virginia, a non-profit called Solar Holler is working with Coalfield Development to train solar panel installers, training ten people a year. A wind turbine manufacturer in Wyoming is putting together a training program for technicians for a new wind farm, with potential long-term jobs numbering in the hundreds. In both cases, former coal plant employees are preferred because of their existing skill set.

Existing grid infrastructure at closed coal-plants makes them great sites for renewable energy facilities. After the Mount Tom Station coal-fired power plant in Holyoke, Massachusetts shuttered its doors in 2014, the site was converted into a solar farm with 17,000 solar panels, the largest in the state. The former coal plant site also houses the Mount Tom Energy Storage System, storing a three-megawatt battery storage system that draws from the solar farm. Young employees were offered retraining, while older employees were given the opportunity to access their retirement savings and pensions early. The solar facility aided the city in recouping some of the lost tax revenue from the coal plant. Now, the city is hoping to develop the rest of the industrial site for other businesses. Coal mines and power plants from Washington to Virginia are being converted into solar facilities, bolstering the local economy.

Listen to the story of a community in Massachusetts that campaigned to close a coal plant and replace it with solar and storage, along with other efforts to help coal workers transition to new careers.

Renewables may not be able to replace every coal job, but they still provide a source of income for former coal workers, expand the tax base of coal-dependent communities, diversify the economy, and cut consumer energy costs.

The End of an Era

As coal plants shut down their boilers and shutter their doors, communities face economic uncertainty. State and local policies can support coal-dependent workers and communities in a just transition to clean energy. Exiting coal plant owners can help support their communities and their workers financially. Renewable energy developments may provide an opportunity to look forward to a brighter economic future. Each community will face unique challenges, but planning ahead for the future of the workers, the tax base, and the community makes the transition easier. 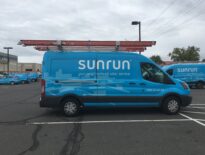 Energy Solar Plus Storage Company Seeks to Disrupt the St… 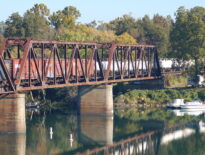