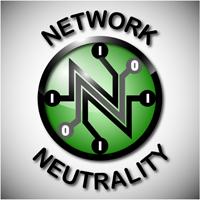 This article originally ran January 14 on MuniNetworks.org, our site dedicated to broadband and community networks. In addition to the broader topic of Network Neutrality, the decision will affect local communities’ authority to serve their citizens. This is the first of a series of stories from Chris that analyze the potential impact of the decision and how it will influence our access to telecommunications.

In a decision announced a few hours ago, the DC Circuit of Appeals has largely ruled against the Open Internet, or network neutrality. These are rules established by the Federal Communications Commission to prevent massive ISPs like Comcast and AT&T from degrading or blocking access to certain sites on the Internet. Decision here [pdf].

The goal is to prevent these big firms from being able to discriminate – to pick winners and losers. For instance, Comcast could charge subscribers an extra $10 per month to access Netflix while not charging to visit similar sites that it owns. The rules were intended to prevent that.

However, the FCC has a history of decisions that have benefited big telecom corporations more than citizens and local businesses. Those decisions limited how it can protect the public interest on matters of Internet access.

Groups like Free Press are pushing to make this change because it will ensure the FCC has the authority it needs to ensure everyone has access to the open Internet.

The lesson for us is that communities cannot trust Washington, DC, to ensure that residents and local businesses have universal, fast, affordable, and reliable access to the Internet. Communities should be investing in themselves to build networks that are accountable to the public and will not engage in anti-consumer practices merely to maximize their profits. Such behavior is inappropriate on matters of essential infrastructure.

Even if the FCC now gets this right and protects the public interest, that may last only as long as this FCC is in power. Communities that trust the FCC to protect them in this matter of incredible importance to their local economy may find that with a new administration, companies like Comcast have a free hand to again insert themselves as a tollbooth between subscribers and the Internet.

As a final word, this is nothing new. In putting together the Standard Oil monopoly, Rockefeller knew the value of cutting special deals with the railroads to benefit his firm at the expense of any potential competitor. When the Schuylkill Canal was built in Pennsylvania, the state decreed that the canal owner could not have an interest in mining, because the ownership of the canal meant it could disadvantage any competitors that needed to use it to ship their materials.

Network neutrality is a common sense regulation so long as we have to deal with monopolies like Comcast – we cannot stand to let Comcast or any other firm impose itself as a gatekeeper between us and anyone with whom we want to communicate or do business.

Addendum: Thanks to Harold Feld for noting that the opinion reinforced the FCC’s Section 706 authority, which we believe could be used by the FCC to strike down state laws that limit local authority to build networks:

As we explain in this opinion, the Commission has established that section 706 of the Telecommunications Act of 1996 vests it with affirmative authority to enact measures encouraging the deployment of broadband infrastructure.

We encourage you to subscribe to a once-per-week email with stories about community broadband networks. Stay current on developments in community network news.