Yesterday in an announcement via livestream, the city of Chattanooga, Tennessee, Hamilton County Schools, and the fiber arm of municipal utility Electric Power Board (EPB) announced a partnership to provide free Internet access and hardware to the 17,700 homes with school children on free or reduced lunch programs in the county. Called HCS EdConnect, the initiative will be the first of its kind in the United States — a success story at using a city-wide network to bridge the digital divide for economically disadvantaged students, and a decisive move to respond to unequal Internet access during a worldwide public health crisis.

This is a watershed moment for the city of Chattanooga and its residents. It’s the result of hard work by a coalition of public and private partners, including the city, the school district, EPB, area nonprofit The Enterprise Center, and a host of others. Once completed, the program will connect more than 32,000 students. Those households who already received EPB’s low-cost service (called NetBridge) will be eligible for the program as well, and the group is looking at ways to connect the hundred or so homes currently not in EPB’s service area. A goal of early January has been set.

In total, the connection effort will cost $8.2 million to complete, with $6 million already raised. $1 million each has been contributed by Hamilton County Schools, the Smart City Collaborative, and Blue Cross/Blue Shield of Tennessee. The county and the city of Chattanooga have likewise chipped in $1.5 million.

“Thanks to support, all children in Hamilton County will have tools and the opportunity they need to engage in equitable learning,” said Deb Socia, CEO, The Enterprise Center

“Families and students need high-speed broadband for schoolwork, exploration, and innovation,” said Chattanooga Mayor Andy Berke. “Through this partnership, we are using our fiber network to improve the lives of thousands of families.”

Households who opt in will receive free routers and installation, and thereafter will enjoy a 100 Megabit per second (Mpbs) symmetrical connection — four times faster download speeds than basic broadband, and twenty-five times faster uploads. Importantly, access isn’t limited just to the students or their school-provided devices. There will be no data caps or filters on the connection either, and as a result the whole community will benefit. Equally notable is that this is more than a band-aid; pending successful fundraising (estimated at $7.1 million and with the school district and additional partners already committed), the program will run for the next decade.

The connection effort will be a undertaking, coordinated by the school district and EPB, with The Enterprise Center providing communications and technical expertise along the way. A Decade of Community Benefit

EPB’s fiber network will serve as the backbone for connecting the 32,000 students, but this is not the first instance of the municipal utility contributing to the long-term wellbeing of Chattanooga and the surrounding area. Begun in 2010, the EPB now serves more than 105,000 subscribers. Over the years the fiber arm of the utility has brought lower power costs, flattened electric rates, drawn in new business and investment, and increased subscriber speeds at no extra cost. It continues to look ahead as it enters its next decade.

Tennessee state law prevents municipal power utilities from offering telecommunications services outside of their electric service footprints, but EPB has done plenty of other work over the last ten years to help municipalities and co-ops in the state and arounds the country advance connectivity efforts. Locally, University of Tennessee economist Bento Lobo has estimated that EPB’s fiber optic network generated $1.3 billion of community benefits during its first five years.

Community fiber networks have additional benefits beyond providing high-speed Internet access at lower costs than monopoly providers. These are called spillover benefits, and for Chattanooga it has come to include advances to smart grid technology which bring more water savings and fewer power outages, safer and more efficient transportation networks, more thoughtful urban planning, and boosts to public safety. These will all increase as more Chattanoogans are connected.

“I think we have only uncovered the tip of the iceberg of innovation in terms of what we have the capability of doing,” EPB Chairman Warren Logan said during the press conference.

The coalition effort — in addition to being a successful example of broadband expansion through public-private partnerships — serves as an example of community networks responding creatively to local issues in pursuit of community betterment and digital equity efforts.

For more on the state of broadband in Chattanooga, read our past coverage. 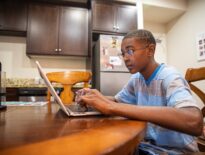 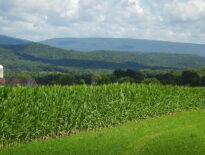