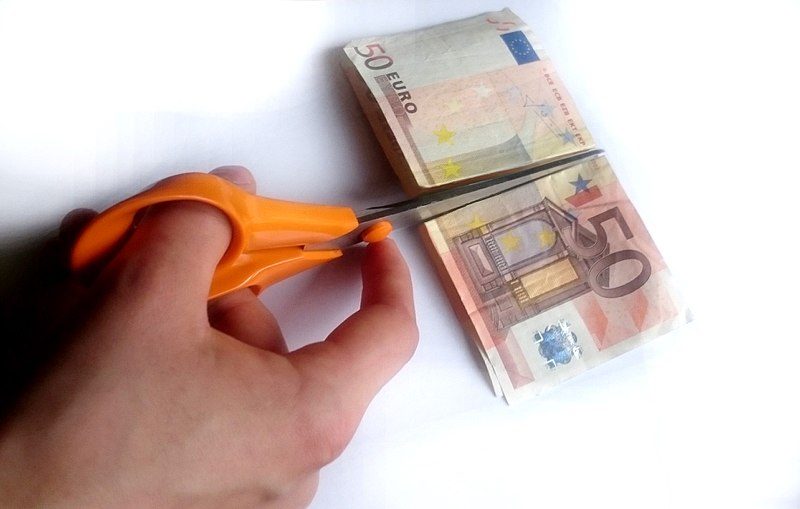 To most observers, these public campaigns, although conducted by companies profiting from digital cash transactions, simply affirmed the inevitable:  Much of the world is leaving cash behind.

In 2017, only 25 percent of Swedes paid in cash at least once a week, down from 63 percent just four years before. More than a third never used cash at all, or only once or twice a year. Signs in the windows of retail stores cautioning potential customers,  “We Don’t Accept Cash” are common. Australian merchants’ cash receivables plummeted by 46 percent between 2010 and 2016, prompting one publication to ask, “Will Australia Go Cashless by 2022?” In Belgium 93 percent of consumer transactions are now cashless. In China 40 percent of the population carries around less than 100 RMB ($15).  Even in the United States, which lags far behind China or Europe in adopting contactless payments, nearly half of Americans carry less than $20 in cash. About 10 percent have entirely stopped carrying cash.

Proponents of cashlessness are happy to list its many benefits:  reduced lines, increased transactions per hour; no need to tote up the cash at the end of the day and transport it in armored vehicles; no more fear of robberies.   Scientific American offers another more exotic reason:  Eliminating cash will impede the spread of disease

To Harvard Economics Professor Kenneth Rogoff, author of the book The Curse of Cash, “Paper currency has become a major impediment to the smooth functioning of the global financial system.”  In times of economic depressions he wants central banks to set negative interest rates to deliberately diminish the value of deposits, inspiring depositors to spend that money.  Such measures would not affect paper money. Indeed negative interest rates might well encourage the conversion of digital money into analogue money.

But despite all the momentum the road to a cashless society has hit a serious speed bump: widespread popular resistance.  No one opposes cash playing an increasingly minor role.  But they want to retain the choice to use it.

They want the right to engage in commercial transactions without being monitored by governments or business. A recent extensive consumer survey by the UK-based online payments company Paysafe confirms that desire. The biggest concern consumers have with mobile payments is loss of privacy (50 percent).  A European Commission report to the European Parliament and Council issued in June told its nation members that restrictions on cash payments “is a sensitive issue for European citizens and that many of them view the possibility to pay in cash as a fundamental freedom, which should not be disproportionally restricted.”

Supporters of cash point to the inherent insecurity of digital-only money. Identity theft is common.  If the electricity goes down digital networks are unavailable.  Networks can be hacked.  Or they can simply go down, a result of mechanical error.  That’s what happened on June 1st at 2:30pm when Visa’s network malfunctioned.  Millions of people were unable to pay for goods and services. Customers left groceries at supermarket payout counters.  Long lines built up at gas stations.

Cash supporters also point to inequities created by a digital-only money system.  A not insignificant number of us do not have access to digital money.  In the United States the ratio is about one in ten, and much higher among people of color.  In Sweden, one of the countries furthest along in abandoning cash, Jan Bertoft, the secretary-general of the Swedish Consumers’ Association, a federation of twenty-four groups, including retirement, disability, and immigrant organizations, notes that looming cashlessness is one of his members’ “key frustrations that they’re very angry about.”

Ola Nilsson, a spokesperson for the Swedish National Pensioners’ Organization, which has 350,000 members insists, “As long as there is the right to use cash in Sweden, we think people should have the option to use it…” Some note that toilets in Sweden have begun to require digital payment, something that can greatly discomfort those who use bathrooms most urgently and frequently–the elderly.

Governments are responding to popular dissent.  When restaurants began to go cashless in the District of Columbia, complaints led the city council to begin debating a bill to require retailers to accept cash.  A 1978 Massachusetts law already does that but for 40 years it remained virtually invisible.  The imminent prospect of cashless stores has changed that.  SweetGreen, a New York-based salad chain began testing cashless restaurants in Massachusetts earlier this year, but stopped shortly after the Boston Globe inquired about the policy and whether it aligned with the law.  A local chain, Clover Food Lab in Cambridge attempted to go cashless at one of its stores. “When word got out, the city of Cambridge sent him a cease-and-desist letter,” Boston magazine reports.

In China, another country far along on the road to cashlessness, the issue came to a head in the summer of 2017, when Tencent and Alibaba, which together control 94 percent of China’s third party mobile payment market launched an aggressive campaign to promote the cashless economy. They distributed rewards to shops using their platforms.  Some merchants rejected cash as payment.  Customers complained.  China’s central bank (PBOC) stepped in, warning businesses and individuals not to promote the “cashless” idea and demanding that all non e-commerce businesses resume accepting cash.

Sweden’s parliament has launched a review on the impact of going cashless too quickly after fears that it dramatically excludes the financial needs of the elderly, children and tourists who rely on cash.

Another very sore point in Sweden, especially among rural small businesses is that many of its banks no longer handle cash.  At SEB, a large Swedish bank, only 7 of its 118 branches handle cash.

Wiggo Lindgren, vice-president of the Sweden’s National Small Business Association, which represents thirty thousand firms notes that in rural northern Sweden, cash-intensive businesses, like shops, have to “go to one, two, three, four, five banks until you find one” that has cash.  “What we want is some kind of status quo,” Lindgren told Nathan Heller of the New Yorker.

Stefan Ingves, Governor of Sveriges Riksbank, Sweden’s central bank, weighed in on the issue in March, maintaining, “A ban on cash goes against the public perception of what money is and what banks do.”

Sweden’s Parliament’s is currently reviewing a law that would require Sweden’s larger banks to accept and disburse cash so there would be “reasonable access to those services in all of Sweden” such that 99 percent of Swedes should not have to travel further than 16 miles to the nearest cash withdrawal.

In February, Ingyes laid out his thinking on the issue of cashless in a fascinating article on the Riksbank’s web site.  To him a national payment system is a “public good” like “the armed forces, the judicial system and official statistics. Most citizens would feel uncomfortable with handing over these public services to private companies entirely.”

“There are those who think we have nothing to fear in a world where public means of payment have been replaced completely by private alternatives. They are wrong, in my opinion. In times of crisis, the general public has always sought refuge in risk-free assets, such as cash, that are guaranteed by the state. The idea of commercial agents shouldering the responsibility to satisfy public demand for safe payments at all times is unlikely…

If the means of payment issued by the Riksbank, Swedish kronor, is not generally accepted, it will be difficult for the Riksbank to perform its task of promoting a safe and efficient payment system…. Sweden risks finding itself in the future in a situation where public governance of the payment system is no longer possible.

Ingyes note the Riksbank is exploring whether to create an e-krona.  But if it does, he firmly promises cash will continue to be widely available as a matter of national security. “If the power supply is cut it’s no longer possible to make electronic payments. For reasons based purely in preparedness we need notes and coins that work without electricity.”  Ingyes could have pointed to a recent real world example. Following Hurricane Maria last September, Puerto Rico’s electronic payment systems were down. Corporate clients of the New York Federal Reserve made urgent requests for large amounts of cash to meet payrolls.  The Fed dispatched a jet loaded with an undisclosed amount of cash to the devastated island.

Even as we carry less and less cash in our pockets and swipe or phones ever-more enthusiastically in stores, the war on cash has moved to another stage, one in which we are considering fundamental questions.  How do we balance our desire for convenience with our desire for agency and equity?  How do we protect national security and maintain a public payment system if our digital money is managed only by private interests?  Let the conversation flourish. 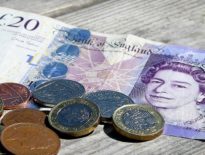 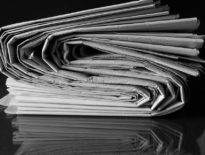 From the Desk of David Morris Picks: Cashlessness Hits a Speed Bump; The End of …