A recent case study from the Community Broadband Networks initiative at the Institute for Local Self-Reliance (ILSR) finds that rural North Dakotans are more likely to have access to fiber connectivity and gigabit-speed Internet than those living in urban areas. This may surprise many of us city dwellers, who are often stuck with large monopoly providers and their expensive, unreliable Internet access.

The case study, How Local Providers Built the Nation’s Best Internet Access in Rural North Dakota, highlights the efforts of 15 local companies and telephone cooperatives who came together to invest in rural North Dakota and build gigabit fiber networks across the state. Their success is traced back to the companies’ acquisition of 68 rural telephone exchanges from monpoloy provider US West (now CenturyLink) in the 1990s. The local providers then leveraged federal funds to connect rural residents and businesses with some of the most extensive and future-proof fiber networks in the country. The case study features several maps and graphs that demonstrate North Dakota’s widespread, high-quality connectivity, including this map of fiber coverage in the state.

Some key lessons from the case study:

The North Dakota independent providers’ vision and persistence delivered high-quality, rural Internet access to one of the most sparsely populated states in the country. Their efforts prove that better rural connectivity is possible and that the solutions already exist. 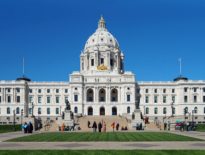 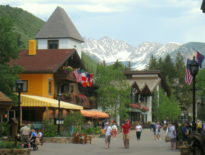