The contending approaches to Extended Producer Responsibility can be boiled down to one question: Can you trust the petroleum/plastic industry?

Many legislators and environmental organizations feel the industry is trustworthy, even with the current evidence about the deliberate campaign to mislead the public and government concerning plastic recycling and the impact of oil and plastic on climate warming.

Dan Knapp, Urban Ore, has retrieved two important documents that he wrote 30 years ago. One contains a collection of quotes and clips from coverage of the plastics industry from 1986-1996. The other details the degree to which massive sums of money were poured into efforts to promote garbage incineration and downplay health risks from plastics. Together, they portray an industry aware of every critique we made; anticipating our every move and counter move. They fooled many of us for generations.

We are now dealing with the result of their profit-making–plastics in our oceans, plastics in our bodies, and an overheating atmosphere that generates megastorms.

Nor does the industry want to stop. Plans for new facilities to produce even more virgin plastics are ready to break ground with plenty of capital. A major lobbying push is underway to change federal and state air pollution regulations to allow mixed plastics to be burned in specialized boilers.

Should this industry be trusted?

Knapp’s articles from the 1990s complement the work of late recycling pioneer and Zero Waste  activist Gretchen Brewer, which provides historic insights into the issue of trust.

The articles by Dan Knapp from the 1990s complement the extraordinary journey into the plastics industry in the 1980s by recycling pioneer Brewer. It was Brewer who inspired Chicago Mayor Harold Washington whose administration ushered in a new understanding about recycling and the use of local resources. Her subsequent tour of duty in the plastics industry led to important revelations about the industry’s assumptions and strategies. They provide the immediate background to Knapp’s essays. For these revelations about the industry see Gretchen Brewer Remembers.

The pages below are most relevant references to Plastic Recycling in Gretchen Remembers:

P.  24.  From state planner to plastics industry insider:  a move that proved to be unsustainable.

P.  29.  That said, who is the Plastics Industry?  (astounding, revelatory, and scary)

Busting Trust: Can You Trust the Petroleum/Plastic Industry? 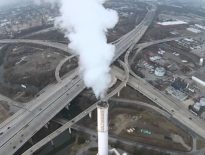 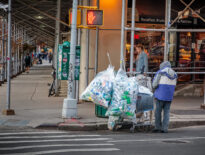 Building Local Power In New York and Oregon, Canning Reduces Waste and …
Sign Up for Composting and Zero Waste News