Burlington has seen ups and downs over the past few years but a new chapter is about to begin. The non-profit U.S. Ignite and the City are partnering to create BTV Ignite. The initiative will develop a gigabit community infrastructure and the applications that use it. With help from U.S. Ignite, Burlington will join the growing list of gigabit communities.

An advisory committee is fueling interest in the project. Mayor Miro Weinberger describes the effort as a way to develop a tech friendly local economy and increase access for individuals and institutions. A recent Government Technology article quoted the Mayor:

“We believe we’re well on our way to being the first city in the country that provides gigabit access to every student from kindergarten through college and even graduate school here in Burlington,” Weinberger said.

The City and its partner have developed five critical steps based on consultation with Kansas City, Chattanooga, and other gigabit communities:

Much like the KC Digital Drive in Kansas City, [Executive Director of U.S. Ignite Bill] Wallace said the mayor’s advisory committee must play a key role in helping drive development.

2.    Create the Most Robust Infrastructure

Wallace said this will be particularly necessary for schools, businesses and libraries.

By setting up a continuous stream of events like community hackathons, digital sandboxes and a hacker homes network similar to one developed in Kansas City, the city will be able to focus more on app development for specific capabilities, like cybersecurity or the development of complex systems.

This could also mean sharing practices on how to generate applications.

Wallace said looking to federally funded resources like the National Science Foundation will be important when building out the infrastructure and developing applications.

Burlington hopes to secure a Global Environment for Network Innovations (GENI) rack for its University of Vermont campus. The rack would come from the National Science Foundation and would allow UVM access to researchers at over 40 other universities.

The initiative also aims to create 60 next-generation applications and 200 "community test beds" where the new applications can be developed and eventually deployed.

At an October 15th event to announce the partnership, Wallace and Mayor Weinberger address the ongoing lawsuit between community owned Burlington Telecom and Citibank. The Burlington Free Press covered the event:

“We were aware of that, but basically the capability is there, and that makes Burlington a logical and very attractive candidate to become part of US Ignite,” Wallace said.

“There is some uncertainty about where the dispute with Citibank, CitiCapital is going, but we think it’s time to move forward with this conversation,” Weinberger added. “We think the high likelihood is that these resources are going to exist in this community for a long time to come.” 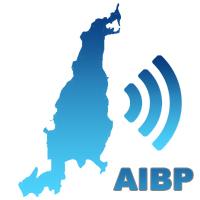 MuniNetworks Longmont Referendum: Haven’t We Been Here Be…
Sign Up For Community Broadband News