Earlier this summer, a small group of people gathered in the southern California desert for the first Tribal Wireless Bootcamp. Organized by a loose collection of people with a long history of building and encouraging nontraditional broadband networks, the focus was on building, maintaining, and troubleshooting wireless networks in Indian Country.

Some of the attendees were already operating networks and others were new to it but everyone shared strategies, whether about software or how to organize people in historically marginalized communities – taking lessons from the Bronx and applying them to Tribal lands.

Ultimately, we achieved the multiple objectives set out from the beginning – to share strategies on building physical networks while actually building a social support network for this work that would endure after the weekend ended. Each of the Tribes involved received a set of 2.5 GHz radios that would not only allow for a high-capacity link, but would standardize the participants so they could better help each other to troubleshoot and improve their networks.

Many rural areas lack decent broadband Internet access, but the lack of availability in Tribal reservations is extreme. No one even knows what the statistic is, but like many statistics that the Federal Communications Commission publishes, everyone knows it is a gross overstatement. For decades, Tribes have been overlooked, ignored, and defrauded by telecommunications companies seeking to extract wealth from their people and land, with some notable exceptions of companies that have worked hard to connect Indigenous communities. Many Tribal leaders have concluded they need to build their own networks to ensure high-quality Internet access to secure many of the modern benefits the rest of us take for granted.

The Tribal Wireless Bootcamp began as a conversation on how to build on the impressive work of the Internet Society’s North American chapter in the Indigenous Connectivity Summit (the 2021 event will be held virtually on October 12-15 – register here).

Spencer Sevilla, who has worked with communities around the planet to set up community LTE networks, and I were talking about iterating on the in-person training approach when we decided to pitch Matt Rantanen, the 20-year veteran of Tribal Digital Village and all-around advocate for Tribal broadband, on hosting an event at his home on 35 acres in the desert. There, we could control the environment to set up networks and help trainees troubleshoot problems we would deliberately create.

We asked Sascha Meinrath, who helped organize multiple Community Wireless Summits, to help and pulled in others like Mark Buell from Internet Society, who ultimately sponsored the entire event so we could pull it off ASAP. It was spring already, and summer in the southern California desert is no joke.

We started to put the word out and friends within our network helped build the trust that was needed to ask people on short notice to spend a few days, including most of the three-day July 4 weekend, at a bootcamp with a bunch of people they mostly hadn’t heard of a week earlier.

Internet Society graciously introduced us to Melissa and paid for her time to organize logistics and generally hold everything together as we raced against the clock to organize the Bootcamp. Hotels are hard to find there and airports are quite distant. But she and Matt figured it all out with a lot of flexibility and help from attendees. We had catered food in, went through tons of water, and introduced several people to the magic of Riptide Rush Gatorade. We had people attend from five Tribes, though one ultimately could only attend the virtual sessions. We also had people from four major metro areas that were focused on community wireless approaches to share strategies and help us learn lessons for future events.

For two weeks before the Bootcamp, Spencer held virtual trainings online for anyone who could attend. We recorded the trainings for those who couldn’t and developed plans to edit them later into tighter instructional videos. Deborah and Si from Althea provided additional instruction on key concepts.

My colleagues Maren and Henry at ILSR organized what we would need to record as much as possible to promote future events and create videos to advance Tribal networking wherever possible. Maren made the trip to California and did an amazing job of capturing audio/video across multiple cameras without coming up for air. One lesson learned – make sure we have enough people to do the work we are asking to be done.

The start of the event was a throwback to any first day of school. Some awkwardness and people gravitating to the small groups of people they already knew. We gathered in a circle in the center of RantanenTown Zombie Bunker, the workshop Matt built with large doors that allowed the constant breeze (or gale-force wind, depending) through. It is a special place that people felt at home and relaxed in – we could not have done this without Matt or the tremendous work he put in to accomodate 20 of us over several days.

Practical experience from several attendees as well as Matt helped in covering topics like safety. Each attendee received a proper hardhat and sunshade with the logos of supporting organizations and attending Tribes. We did a round of intros and set the ground rules that will always be in effect for these kinds of events, including being respectful, having fun, and participating in a genuine way. Led mostly by Spencer and Esther Jang, our group of instructors, attendees, and a few others covered everything from explaining basic Internet routing principles to specific device configuration and troubleshooting. John Kealoha Garcia learned to operate a network when ISOC’s Indigenous Connectivity Summit worked with people in Pu’uhonua O Waimānalo to build a community network in 2019. He joined us as a guest instructor in 2021 with real life lessons from the field.

For three days, we gathered each morning and worked together. Each day was over 100 degrees in the afternoon, but the work was so captivating that everyone stayed with it and by the end, we finished in high spirits. We built point-to-point links to support a Wi-Fi network and then a point-to-multipoint 2.5 GHz LTE network with a deep focus on how to use various tools in planning a long-term sustainable network.

Each of the Tribes attending had received at least one FCC license for 2.5 GHz spectrum access and we – thanks to ISOC – sent each Tribe a pair of radios that would meet the Tribe’s obligation to continue the license after the first two years. The FCC sensibly requires license-holders to use the license or lose it. The Tribes can use these radios to connect buildings but more importantly, it secures their right to the spectrum for many more years. In talking with people who attended the bootcamp, it was a strong success. Not only did people leave with stronger relationships and ties to build on, but for the several people already partly down the path of their own networks the Tribal Wireless Bootcamp helped engender more confidence in finding the right direction and driving further progress. Part of the success of the experience was that it wasn’t just about developing a few technical configuration skills, but helping map for participants a better sense of the big picture and how everything fits together.

We have begun planning another bootcamp that will build on the first, and are open to sharing what we think works well for others that may want to do their own. With the billions of dollars available to build networks in Indian Country, many businesses and consultants are lining up to get contracts. But for the Tribes that want to protect their sovereignty and want to develop their own expertise, it is hard to know who to trust. Our goal has been to build more trust between Tribes and create opportunities for people in Indian Country who can do this work as long as they have a support network to lean into.

As we move forward with Tribal Broadband Bootcamps, we plan to continue expanding the subjects to more advanced topics while being welcoming to those just getting started. As we find good ways of explaining something, we aim to produce videos to share for those who cannot attend or just to help those who did to keep it fresh. The next bootcamp will include a focus on fiber as well as wireless and we will aim to build more skills around running a full ISP rather than simply distributing bandwidth.

The event got some media coverage, including a StateScoop article, “Tribal wireless boot camp builds community for broadband.” Maren and Matt Rantanen joined me to talk about the Tribal Wireless Bootcamp in this podcast

And attendee Jessica Engle and Matt Rantanen joined Travis Carter and myself for Episode 17 of Connect This! 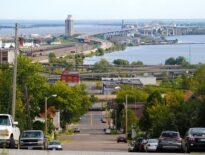 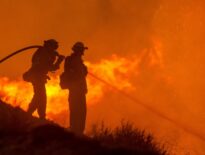