What will it take before we have a mass movement in the U.S. that’s building a different kind of economy? To take on this question, ILSR’s Stacy Mitchell went on “The Laura Flanders Show” to talk about the renaissance of small stores, the advantages of localism, and the need to turn a consumer movement into a citizen movement. The episode, which aired April 13, 2015 on GRITtv, features Mitchell, Flanders, and Esteban Kelly, the Co-Executive Director of the U.S. Federation of Worker Cooperatives and a member of the AORTA Collective.

“There are a lot of signs that people out there really want to see a different kind of economy,” says Mitchell in the episode. “I think this is a real move for people to take control over their own livelihoods again, and to have a say in the decisions that affect their lives.”

Building a Mass Movement for a New Economy: Stacy Mitchell on the Laura Flanders Show 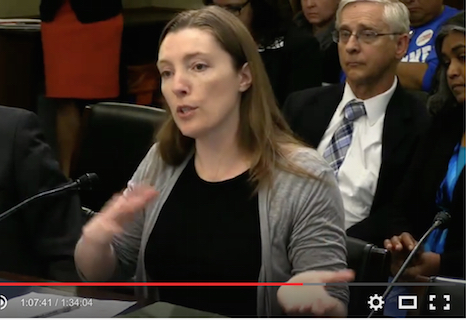