Some days I think I should just set up a redirect to Steve Mouzon at the Original Green and Kaid Benfield at NRDC Switchboard and go for a long hiking vacation; they are both turning out such interesting stuff and have turned into a bit of a tag team. Mouzon recently had a run at the foolishness of Walmart’s Sustainability Index. Mouzon writes in the Original Green that they are missing the point, because their unsustainable land use.

Both are worth reading, along with TreeHugger’s Mat McDermott, who wrote The Big Part of Walmart’s Eco-Impact the Bentonville Behemoth Forgot and quotes Stacy Mitchell of the Institute for Local Self-Reliance:

Despite its public embrace of sustainability, Walmart continues to maximize its land consumption by building vast, low-rise supercenters. Since 2005, Walmart has added more than 1,100 supercenters in the U.S., expanding its store footprint by one-third. Most of these stores were built on land that hadn’t been developed before, including, in some cases, critical habitat for threatened and endangered species.

In many communities, Walmart has chosen to build on virgin land rather than redevelop vacant “greyfield” retail properties. Walmart itself routinely abandons its stores. The U.S. is currently home to about 150 empty Walmart stores, many vacated when the chain opened a newer supercenter nearby.

Walmart’s development practices have a major impact on the environment, causing problems such as habitat loss, water pollution from parking lot runoff, sprawl, increased driving, and air pollution. Between 1990 and 2009 – a period when Walmart grew from a regional chain to a national juggernaut — the number of miles the average U.S. household logged each year for shop- ping increased by nearly 1,000 miles.10 For the country as a whole, that’s an extra 149 billion miles on the road each year and about 50 million metric tons of added CO2 emissions.

Yet Walmart’s sustainability program does not address land use at all. Its 2012 Global Responsibility Report doesn’t even mention these very significant environmental issues.

Six years ago, when Walmart President Lee Scott dropped his October Surprise environmental program, I wrote It’s Getting Harder to Hate Wal-Mart. Actually, no it isn’t.

How Do You Build A Sustainable Business In A Suburban Sea Of Parking? Sorry, Walmart, You Can’t. 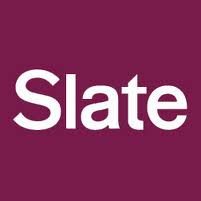 Media Coverage How Communities are Banding Together to Create Hig…