An innovative group purchasing program in Boulder County, Colorado, put hundreds of electric vehicles on local roads and sparked the addition of more than 1 megawatt of rooftop solar in its first two years. Now, the initiative is a springboard for efforts nationwide to allow consumers to seize control of their clean energy future.

The Boulder County project was the first in the country to offer dual incentives for integrating electric vehicles and rooftop solar. It started as part of an ongoing push to reduce greenhouse gas emissions, taking specific aim at transportation, a major contributor of harmful pollutants. To date, it’s paying off — and in more ways than one.

In addition to bringing more clean energy technology online, the program’s financial benefits for the community far outpaced its costs, Brad Smith, the county’s Sustainability Outreach and Education Specialist, recently told ILSR’s John Farrell. The county spent just $650 on marketing and outreach, a miniscule price for the gains it has seen.

By Smith’s tally, every $1 invested by Boulder County drove $794 in community benefits. That calculus doesn’t include Smith’s time — which he says is cheap anyway. All things considered, he said, the payoff is enormous.

“These numbers are absolutely off the chart for what we are typically working with in the county, and so it was a wildly successful program for us,” Smith told Farrell, who leads the Energy Democracy Initiative at ILSR. “In addition to all of that, our residents were really, really excited about the program.”

The program spurred 392 electric vehicle sales and the installation of 1.2 megawatts of rooftop solar (in separate 205 arrays), including participants in communities outside Boulder County that heard about the program and wanted in. In the county itself, home to the Nissan dealership, residents used incentives to purchase 289 electric vehicles and build 123 solar systems that have a combined capacity of 692 kilowatts.

Despite being home to less than one-tenth of 1% of the U.S. population, Boulder County drivers accounted for 3.5% of total nationwide Leaf sales in the first year of the program.

The deal included more than $11,500 in discounts, including incentives from both the local dealership and Nissan North America. In addition, the dealership offered 0% financing over 72 months to eligible customers plus free charging at any charging stations in its network over the first two years of vehicle ownership. Lessees could also tap into certain smaller discounts.

On the solar side, a price tag of $3.50 per installed watt sat alongside incentives ranging from $250 to $750 per array, depending on the installer.

But the payoff didn’t end there. Electric vehicle owners also enjoy fuel and maintenance savings compared with gas-powered vehicle owners. In 2015, the equivalent cost of electricity hovered around $1.07 per gallon — enough to generate significant benefits for LEAF owners, even when gas prices hung below the $2-per-gallon mark.

Solar and EVs: A Natural Fit

Boulder County might have been the first to bring electric vehicles and solar together under a single incentive program, but it was hardly a novel move — the same consumers that tend to favor electric vehicles also like renewables. By combining the two, the county made a run at increasing the effectiveness of its program in reducing emissions.

Going forward, as more electric vehicles hit the roads, they could become pivotal assets to the power grid. With daytime charging options, these cars could soak up excess solar energy during the sunniest part of the day, when production is highest.

In the first year of the Boulder County program, roughly 13% of participants who installed solar also purchased electric vehicles. About 7% of those households had designed their solar arrays to power their new electric vehicle in addition to their home.

Most solar owners see benefits via net metering, which sends their power onto the grid and in turn receive bill credits from their utility. Even in these cases, when the electrons from their solar panels aren’t soaked up by their vehicle on-site, they effectively offset at least a portion of Leaf charging with renewable generation.

A Blueprint for Others

The Boulder County program borrows from a model piloted in Portland, Oregon, more than a half-decade ago. There, a neighborhood group launched a program for solar panels that with the help of federal funding expanded citywide, driving up solar installations by 300% between 2009 and 2010. Particularly after Boulder County proved the framework could also work with electric vehicles, other players across the U.S. are testing it in their markets.

In Boulder County, the program quickly took hold. Organizers spent the spring of 2015 laying the foundation for implementation, with a plan to close the first phase at the end of September of that year. But demand in the community was so high that they extended the program period through December and opened it for another round in 2016.

Testimonials gathered as part of a program review by the Southwest Energy Efficiency Project showcase the enthusiasm around the Boulder County model. Consumers said the program smoothed out the process of learning about electric vehicles and purchasing one, while the dealership reported easier sales to better-informed customers.

In proving demand for electric vehicles in its communities, Boulder County’s program reinforced the appeal of incentive programs. Other communities across the country have replicated the effort, sometimes with the help of utilities eager to capture the benefits of increased electricity demand. One study suggests that if the average car travels 12,000 miles annually, an electric vehicle would increase its household’s energy needs by 33% (or roughly 4,000 kilowatt-hours per year).

Now, the utility serving the area and much of Colorado, Xcel Energy, has effectively taken the reins in Boulder County with a program that delivers $10,000 in instant benefits to customers when they buy a new Leaf. A similar effort launched recently in Ohio, where utility AEP is offering a $10,000 discount on new Leafs — open to all residents in its territory, even if they purchase electricity from someplace else.

What’s Next for Boulder County?

With Xcel running its incentive program, the county has taken a step back. While it planned to open a new round of vehicle incentives this year, Smith said Xcel has a solid framework in place and the capacity to extend its benefits more widely, across Colorado. Boulder County will revive its electric vehicle program if necessary, but for now, its staff will help guide other administrators and focus on new efforts, including a forthcoming incentive for electric bikes.

Down the line, the Boulder County model could be more widely used to encourage adoption of other technologies, including ones that improve energy efficiency. The county is also exploring ways to help community groups and faith-based organizations lead similar initiatives.

“We’ve kind of become a support system for other folks wanting to run this, and then as other entities run these programs, we’ve taken a step back and simply provided the outreach and marketing,” Smith said.

For the Boulder program evaluation and a handbook on replicating the program elsewhere, check out the website of the Southwest Energy Efficiency Project. 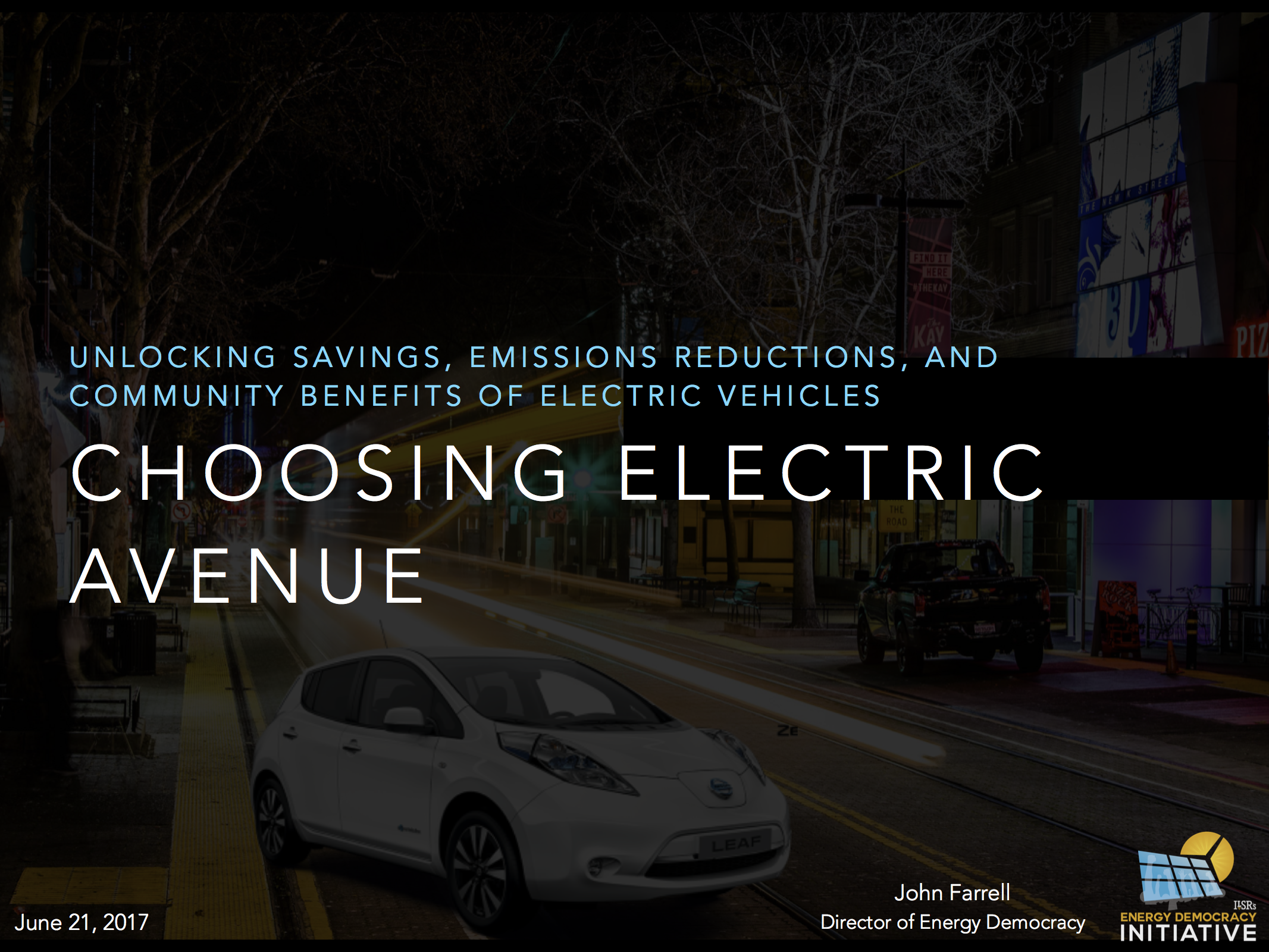 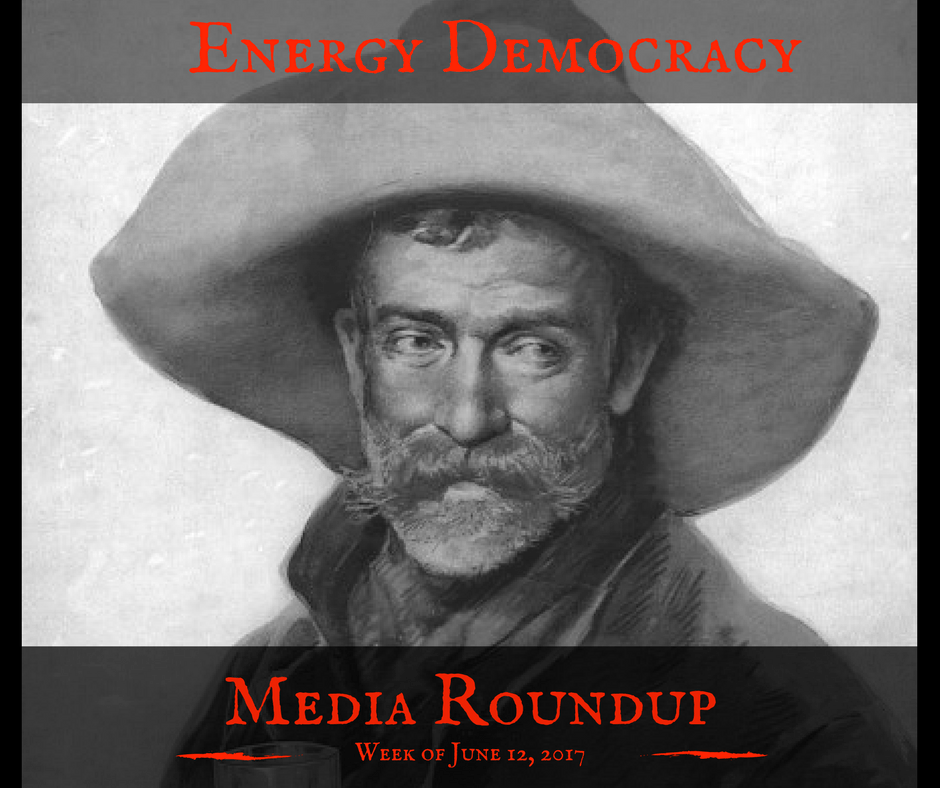