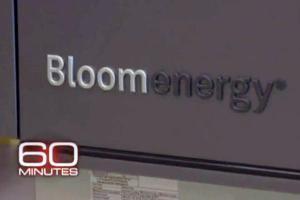 A month ago, I compared the fuel cell Bloom Box to distributed solar PV.  I’m not linking the posts, because I’ve updated my cost models for both technologies thanks to some good input from others.  The revised analysis follows.

Update 3/15/11: The data in the text was accurate, but I had a labeling error in the chart. It’s fixed now.

The Bloom Box provides a plug-and-play approach to on-site electricity, using natural gas-powered fuel cells to provide stable, on-demand power.  While it competes favorably with solar PV, its cost is competitive in just a few states with high electricity prices.

Only three states (New York, Connecticut, and Hawaii) have average retail electricity prices for the commercial sector higher than the break-even price (14.7 cents) for the Bloom Box’s electricity (with natural gas at $9 per million BTU), assuming the user is able to use federal tax incentives and accelerated depreciation. A number of states (including New York, New Jersey, and California) also have state rebates for fuel cells. The following map illustrates the states where the Bloom Box breakeven price is equal to or lower than the retail electricity price for commercial users. (In blue states, the Bloom Box competes with only federal incentives; in green states, it competes with additional state incentives.) 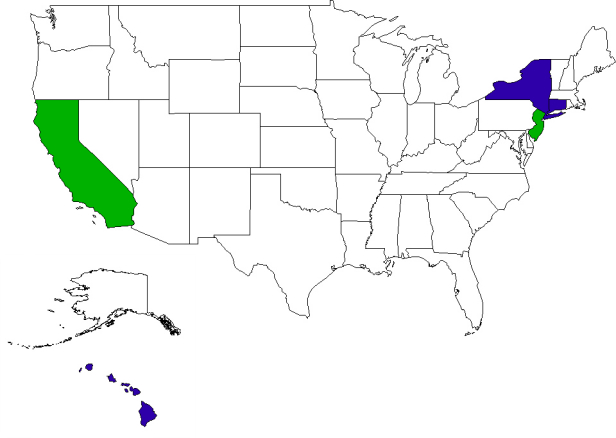 The number of states where Bloom Boxes would make economic sense would be higher, but a recent story from Greentech Media noting that the oft cited price for a Bloom Box ($700,000-800,000) was incorrect. Instead, the unit retails for $1,250,000 with a 10-year warranty, essential because the fuel cells will require replacement at least once in that span.

The Bloom Box performs well compared to distributed solar PV, especially in less sunny climates. At $5 per watt, a competitive price for commercial scale installations, solar PV in sunny Phoenix and Los Angeles costs 12.3 and 14.1 cents per kilowatt hour, respectively; in New York City, solar PV costs 17.5 cents. (all prices include federal tax and depreciation incentives). Six of the 16 largest metropolitan areas (with a cumulative population of 36 million) have solar PV prices lower than the Bloom Box price, although not by a lot.

When comparing the Bloom Box to a solar PV power plant with varying storage capacities, the Bloom Box is more cost-effective, even in sunny regions.

However, even this quantitative analysis leaves out a number of additional considerations: If the goal is to provide stable, baseload power, then the PV system would need longer storage (at least in winter months with fewer daylight hours). This is especially true if the power plant is an off-grid application.

If the goal is instead to offset grid electricity, especially peak power, then the PV system may make more sense. It produces power during peak hours (when prices are higher), and even a small amount of storage capacity would be sufficient to smooth out variability during the day (e.g. periods of clouds), as well as to extend production into the high-priced, late afternoon peak period.

Additionally, the operations cost for the Bloom Box will fluctuate with fuel prices, and there are more carbon emissions associated with a fuel cell operating on natural gas than with a solar PV array (zero).

Bloom is emulating the creative financing tools of the solar market with a power purchase alternative to buying the fuel cells. Businesses sign a 10-year power purchase agreement at a discount to their current electricity rates and Bloom handles installation, maintenance, fuel purchasing, etc. The service mimics a popular strategy for installing solar PV on residential and commercial rooftops. Bloom purportedly offers a 5 to 20 percent discount to California’s 14-cent per kilowatt-hour average commercial electricity price, so the power purchase arrangement would likely only work in states with comparable or higher electricity rates.

Overall, the “power-in-a-box” concept can serve commercial and industrial enterprises with round-the-clock power needs very well and it’s a promising start for distributed electricity production from fuel cells. As prices for both technologies fall, the Bloom Box fuel cell and solar PV power plant will be complementary components of a distributed grid.

Is the Bloom Box Cheaper Than Solar?